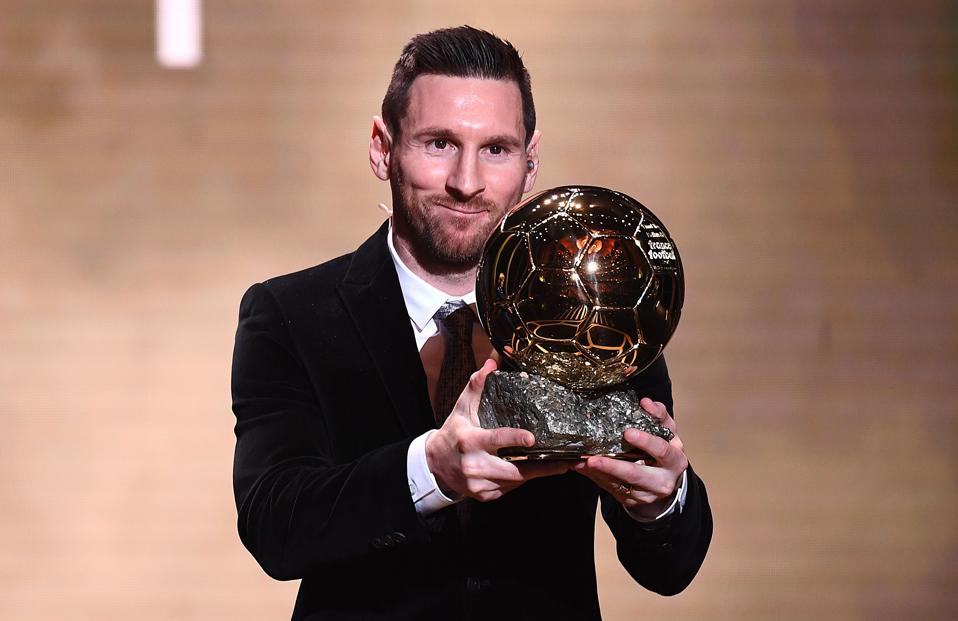 Lionel Messi is the winner of the Ballon d’Or for 2019. It’s the sixth time Messi has won the prestigious award, one more than his great rival Cristiano Ronaldo.

Between 2008 and 2017 the two superstars dominated the award with 5 wins each. A year ago Real Madrid’s Luka Modric became the first player not named Ronaldo or Messi to win the Ballon d’Or since Kaka in 2007.

Thirty players were nominated for the Men’s Ballon d’Or in October with Virgil van Dijk of Liverpool and Ronaldo finishing 2/3 behind Messi.

Earlier this year van Dijk won the UEFA Player of the Year Award and he finished as runner up to Messi in balloting for the FIFA FIFPro Men’s Player of the Year. Van Dijk was hoping to become the first defender to win the Ballon d’Or since Fabio Cannavaro in 2006.

The Ballon d’Or makes it seven individual awards for Messi in the last seven months.

The Ballon d’Or Féminin, more commonly known as the Women’s Ballon d’Or was awarded for a second time and the trophy went to Megan Rapinoe of the United States.

Rapinoe finished 9th in voting a year ago but 2019 has been one success after another. She won the Golden Boot and Golden Ball awards at the Women’s World Cup in France and was named The Best FIFA Women’s Player.

In voting for the FIFA FIFPro Women’s Best Player Award in September Rapinoe finished ahead of fellow USA international Alex Morgan and England’s Lucy Bronze (UEFA Women’s Player of the Year). For the Ballon d’Or, Bronze was runner-up to Rapinoe and Morgan was third.

Norway’s Ada Hegerberg was the winner of the inaugural award in 2018.

The Dutch center back helped Ajax to the semi-finals of the Champions League before a summer transfer to Juventus. De Ligt was also part of the Dutch national team that finished as runner up in the UEFA Nations League.

The Kopa Trophy goes the best performing player under the age of 21 and a year ago Klyian Mbappe was the first recipient with U.S. international Christian Pulisic runner-up.

The trophy is named after the late Lev Yashin (Yachine). Yashin is regarded by many as the best goalkeeper ever to play the game and in 1963 he won the Ballon d’Or. He remains the only goalkeeper to have ever won the award.

History of the Ballon d’Or

Former player and journalist, Gabriel Hanot, was the man behind the idea of honoring soccer’s best. Hanot also played a big part in the advent of European club competition and the birth of the European Cup in 1955/56.

The Ballon d’Or was instituted in 1956 to recognize Europe’s best player and the first winner was Stanley Matthews of Blackpool. In 1995 the net was cast wider to include any player representing a European club and in 2007 the eligibility was expanded worldwide. Between 2010 and 2015 the FIFA and Ballon d’Or merged into one award but the two went their separate ways for 2016 and on.

How Great Leadership Can Help Your Small Business...

The Four Real Rules For Taking On A...

What You Need To Know About The Coronavirus...