Breaking
How The US Department Of Health & Human...
Why Do Chinese Companies List Their Shares In...
Can You Get Covid-19 Coronavirus From Food? Frozen...
Winklevoss Twins Tell Bar Stool’s Dave Portnoy To...
Berkshire Hathaway Doubles Down On Net Lease REIT,...
70% Of Americans: Ban Foreign Apps
This Week In Credit Card News: Pandemic Brings...
Three ‘Big Impact’ Surprises That Could Slam Stocks,...
Quantum Computing: What Does It Mean For AI...
5 Questions With Jonathan ‘Magar’ Martinez Cannabis Curing...
5 Concise Questions With Jonathan “Magar” Martinez Cannabis...
Lessons From The Frontlines: Preparing A Global Vaccine...
Behind The Curtain—Chapter 11 From The Inside—Chapter 4—First...
What To Look For In A Nursing Home...
Apple’s Radical iPhone 12 Upgrade Suddenly Confirmed
5 TikTok Growth Hacks You Need To Know
Home Business Messi’s Sixth Ballon d’Or Cements His Place As The Best Ever
Business 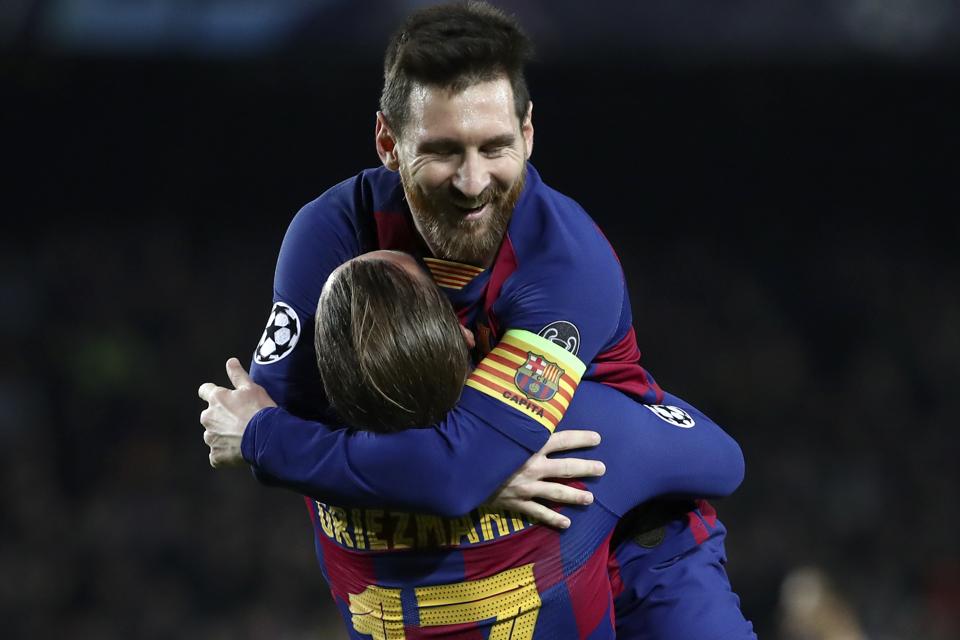 Depending on your point of view, awards such as the Ballon d’Or, the UEFA Men’s Player of the Year or FIFA’s ‘The Best’ are either suitable acknowledgement of the game’s greats, or nothing more than an excuse for a jolly.

Certainly, the sheer amount of gongs and the manner in which they are voted for give rise to the notion that the shine has been taken off of them somewhat.

Indeed, there have been occasions in the past when there has been a clear winner in terms of the best footballer in a given year, but the PR campaigns of others in the running has seen an undeserved victory.

After Liverpool’s Virgil Van Dijk had won the UEFA award this year, it would normally have followed that the Dutchman would’ve gone on to win the ‘The Best’ and the Ballon d’Or, however, Leo Messi’s win in the former put the cat amongst the pigeons.

This years’s Ballon d’Or as a result, was a keenly contested affair, and how Cristiano Ronaldo made the podium after a poor season at Juventus by his standards is anyone’s guess.

In any event, Messi’s sixth win, making him the player with the most Ballon d’Or’s in history, surely cements his place as the best footballer to have ever played the game.

Though Barcelona were knocked out by Liverpool in the Champions League, it’s often overlooked that this is an individual award, even if it generally goes to someone whose team has won Europe’s top tournament.

No one came close to Messi’s numbers in the qualifying period, so it’s only right that he earned another crown. Not that individual awards of earning millions of euros seems to matter to him.

Let’s look at the facts.

He won the European Golden Shoe for the sixth time in his career, scoring 36 goals in La Liga. In all competitions, the 31-year-old scored 51 goals in in 49 matches, but he also contributed 19 assists.

That’s without creating more chances than anyone else, completing most passes in the attacking third of the pitch and more.

If we look back to when Luka Modric won the Ballon d’Or, there was evidence that Messi should’ve even been in the shake up then, but he didn’t make the top three.

Ostensibly, he and Ronaldo had raised the bar to such a level that if they weren’t reaching those lofty heights every week – which were way above what their contemporaries were producing – then they somehow didn’t deserve to have their excellence recognised.

There will come a time of course when neither Ronaldo or Messi will have their names on the top individual prizes, but their legacy will endure.

The polemic is that you’re either pro-Ronaldo or pro-Messi and you can’t be both, and though the Portuguese can lay claim to being one of the best players in the game, Messi outstrips him in many areas.

Remember too that the Argentinian isn’t even a striker by trade, but an attacking midfielder, which makes his goalscoring numbers all the more incredible.

Just last week, he played his 700th game for Barca, during which time he’d found the back of the net on 613 occasions and assisted for 237 more goals. In the modern era, and an era in which he has defined Barcelona, that’s insane.

He cost Barca absolutely nothing in transfer terms, but what price a player like that today – $350m??!!