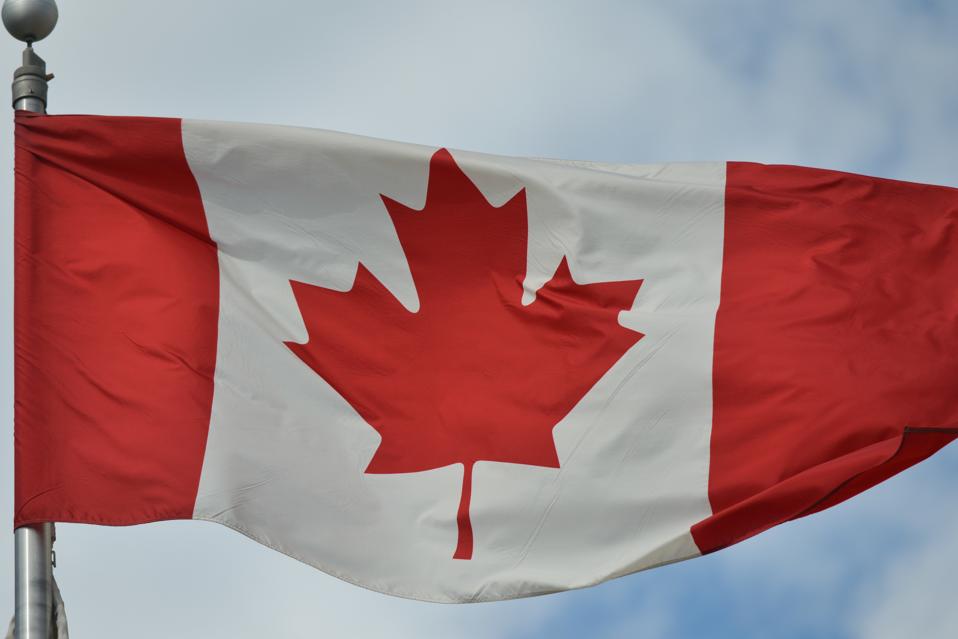 Canada is likely to finish stronger in November and December than Mexico, if history holds true. If … [+] that’s the case, it would deprive Mexico of finishing as the United States’ top trade partner for the first time.

Mexico is not likely to finish 2019 as the nation’s top-ranked trade partner for the first time ever, despite having ranked No. 1 most of the year.

But, boy oh boy, it is likely to be quite close.

Canada will likely return to its familiar perch as the top U.S. trade partner, a ranking it ceded in 2015 to China but had held for decades prior.

China has slipped to No. 3 due to the ongoing trade war with the United States.

While the answer won’t be revealed until early February, when the U.S. Census Bureau releases the annual statistics, I looked at the data for October, which was released Wednesday, as well as data for November and December for the previous six years.

I did the math so you don’t have to. 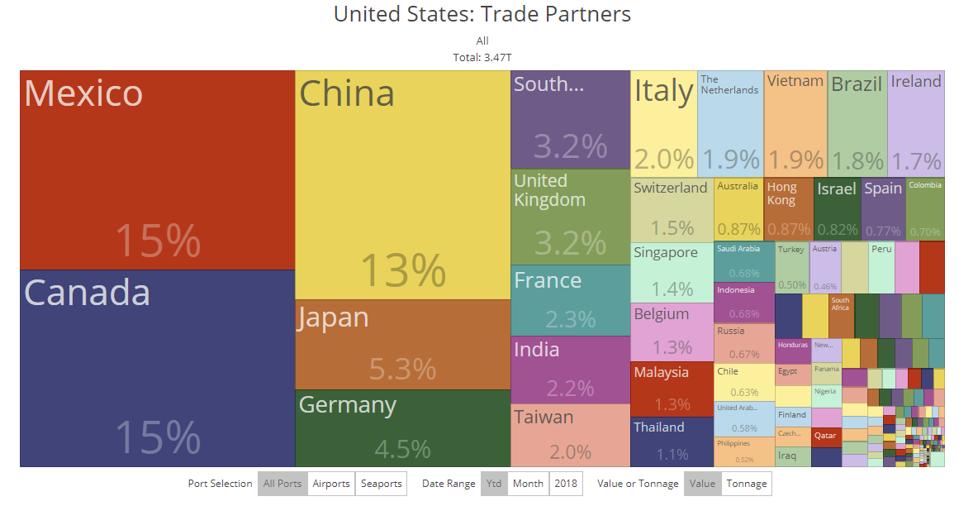 Both Mexico and Canada account for 15% of U.s. trade through the first 10 months of the year.

Through October, Mexico and Canada each account for 15% of all U.S. trade, with Mexico’s total slightly less than 1% percent greater than Canada’s.

That difference is about $4.2 billion. Remember this number.

In the month of October, Canada’s trade was greater than Mexico’s, and the difference between the two on an annualized basis narrowed slightly. 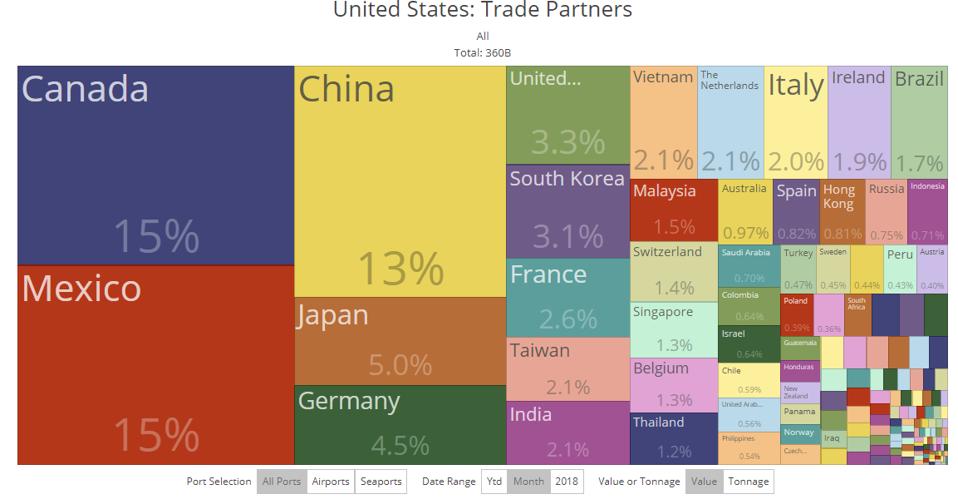 For the month of October alone, Canada’s U.S. trade was slightly greater than Mexico’s trade with … [+] the United States.

In the other four years, the difference was greater, ranging from $6.09 billion to $19.16 billion.

About the only thing that could totally derail Canada’s ascension to the top rank would be a steep decline in the price of oil. That’s because the value of Canada-U.S. oil trade is about six times that of Mexico-U.S. oil trade this year, roughly equal on trade in gasoline and other refined petroleum products.

While many a fortune has been squandered predicting future oil prices, I would be surprised if the price of oil fell so far, so fast that U.S. trade with Canada, the largest supplier of foreign oil to the United States, that Mexico would be able to hold on to the top spot.