Breaking
Tesla’s 2020 Run Proved Why Wall Street Conventional...
Top Stocks To Short Today As Markets Fall...
Branson Says Capitol Riots Stem From White Americans’...
Sustainable Seafood Wholesaler Seizes The Moment To Embrace...
Three New York-Based Sustainable Fine Jewelry Brands That...
This Week In Credit Card News: No-Interest Credit...
Thirteen Predictions For 2021 In Sustainability Private Equity...
How Too Much Optimism On Vaccines And The...
Nine Strategies To Make Your New Year’s Resolutions...
Paper-Free Isn’t Enough: The Keys To Sustainable Web...
The Era Of Multimedia Engagement
Is Twitter’s Stock Move Overdone?
Why Does The Chancellor Refuse To Help The...
‘WandaVision’ Episode 1 Recap And Review: A Crackerjack...
How To Move From An Office To A...
Managing Customer and Vendor Relationships: 4 Things to...
Home Business Michael Che Says He’ll Pay Rent For 160 Apartments in Honor of Grandmother Who Died of COVID-19
Business 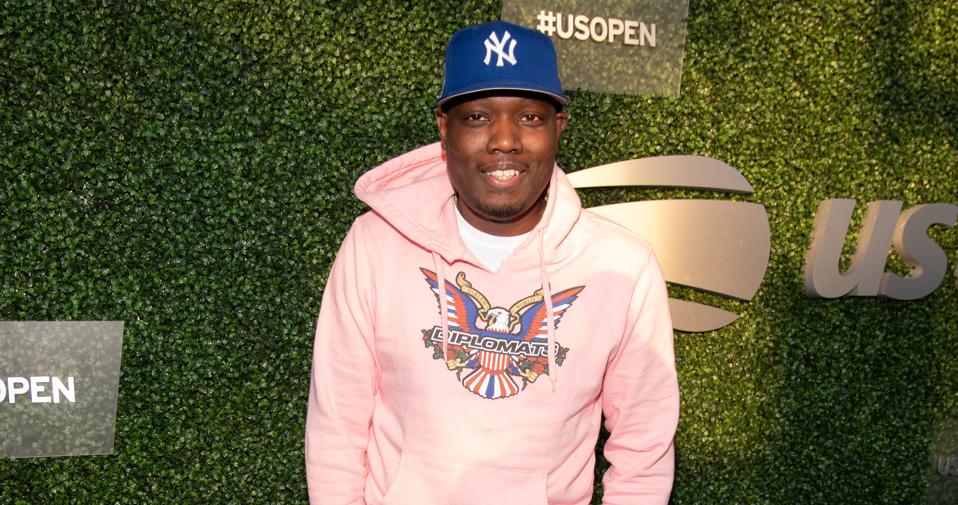 NEW YORK, NY – SEPTEMBER 03: Michael Che arrives at the Mercedes-Benz VIP Suite at The US Open at … [+] Arthur Ashe Stadium on September 3, 2019 in New York City. (Photo by Dave Kotinsky/Getty Images for Mercedes-Benz)

On Saturday Night Live, Michael Che is best known for his “Weekend Update” zingers. But off screen, he’s long been an advocate for New York City’s public housing crisis. And now he’s putting his money where his mouth is.

The 36-year-old comedian had shared an open letter on Instagram on April 6 revealing that he lost his grandmother to complications from COVID-19 — and today he announced that, in her honor, he will be paying the rent for all the units her New York City Housing Authority building (NYCHA) for a month.

“It’s crazy to me that residents of public housing are still expected to pay their rent when so many New Yorkers can’t even work,” he posted on the evening of April 15. “Obviously, I can’t offer much help by myself. But in the spirit and memory of my late grandmother, I’m paying one month’s rent for all 160 apartments in the NYCHA building she lived in.”

While Che’s gesture will surely be a relief to many of the neighbors in his grandma’s building, he’s aware it won’t solve anything. “I know that’s just a drop in the bucket,” he continued. “So I really hope the city has a better plan for debt forgiveness for all the people in public housing, at the very least.”

Che added an addendum that’s he’s willing to use his voice to do more: “P.S. de Blasio! Cuomo! Diddy! Let’s fix this! Page me!”

Reactions from celebrities and the public alike praised his generous action with SNL cast members Aidy Bryant and Bowen Yang posting heart emojis and comedian Bob Saget commenting, “You are an amazing man, Michael. Your grandmother would be so proud.”

After one user asked why his grandma lived in NYCHA housing with “such a generous and successful grandson,” Che clarified: “LOL. I guess that’s a fair question. But she hasn’t lived in public housing since like 1990, when she moved down south. But that building is very significant in my family history, so that’s why I chose it. I guess I just worded it weird.” 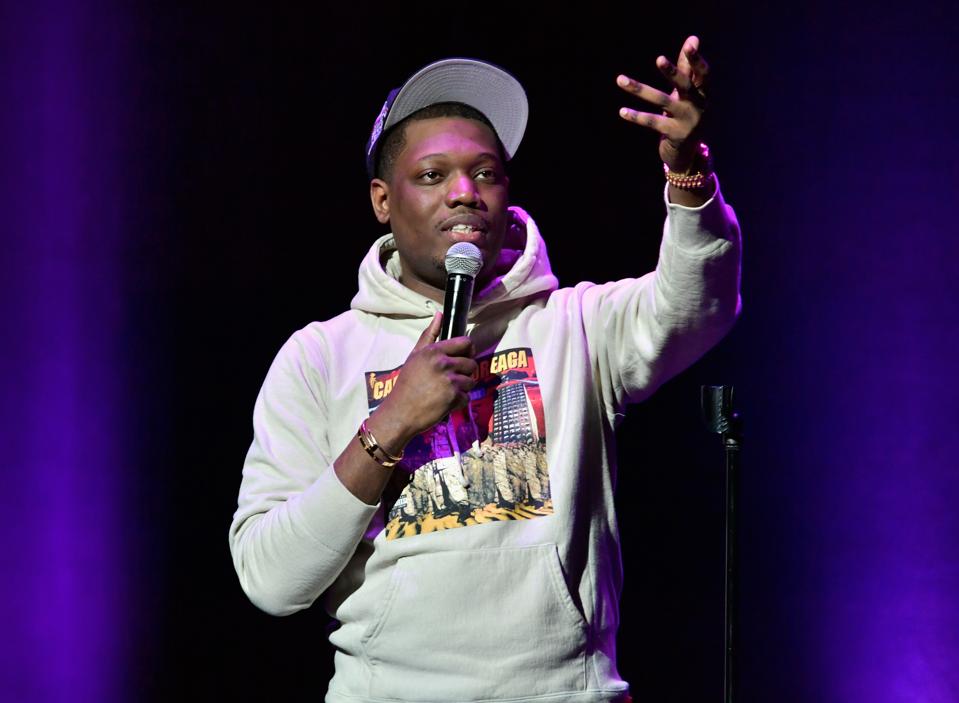 Che Grew Up in Public Housing

The New York City native knows the system firsthand, having grown up in public housing on Allen Street in the Lower East Side.

“You go without heat. You go without food. You go without doorknobs. You go without everything. Elevators don’t work. There was grease and oil inside the elevators to keep off graffiti, but then you couldn’t touch the wall,” he told the New York Times in 2019 of life in NYCHA housing. “My whole family’s from public housing, so you think all elevators smell like pee. You just think that’s the way it is.”

Last year, he hosted “A Night for NYCHA with Michael Che & Friends” at Irving Plaza to raise much-needed money.

Right after the event, New York City Mayor Bill de Blasio acknowledged Che’s efforts in a tweet: “Michael Che is another extraordinary New Yorker who grew up in @NYCHA, and never forgot where he came from. Beyond the money raised, tonight shows how deeply people in this city care about our neighbors in public housing.”

“Hurt and Angry” About His Grandmother’s Death

When Che announced his grandma’s passing, he also expressed frustration with the situation. “Last night my grandmother passed away from the coronavirus,” he wrote on April 6. “I’m doing ok, considering. I’m obviously very hurt and angry that she had to go through all that pain alone. But I’m also happy that she’s not in pain anymore. And I also feel guilty for feeling happy. Basically the whole gamut of complex feelings everybody else has losing someone very close and special. I’m not unique. But it’s still scary.”

He also addressed the loss on last Saturday’s new episode of Saturday Night Live, filmed remotely from the homes of all 17 cast members, as well as the homes of host Tom Hanks and music guest Chris Martin of Coldplay, tagged #SNLAtHome. 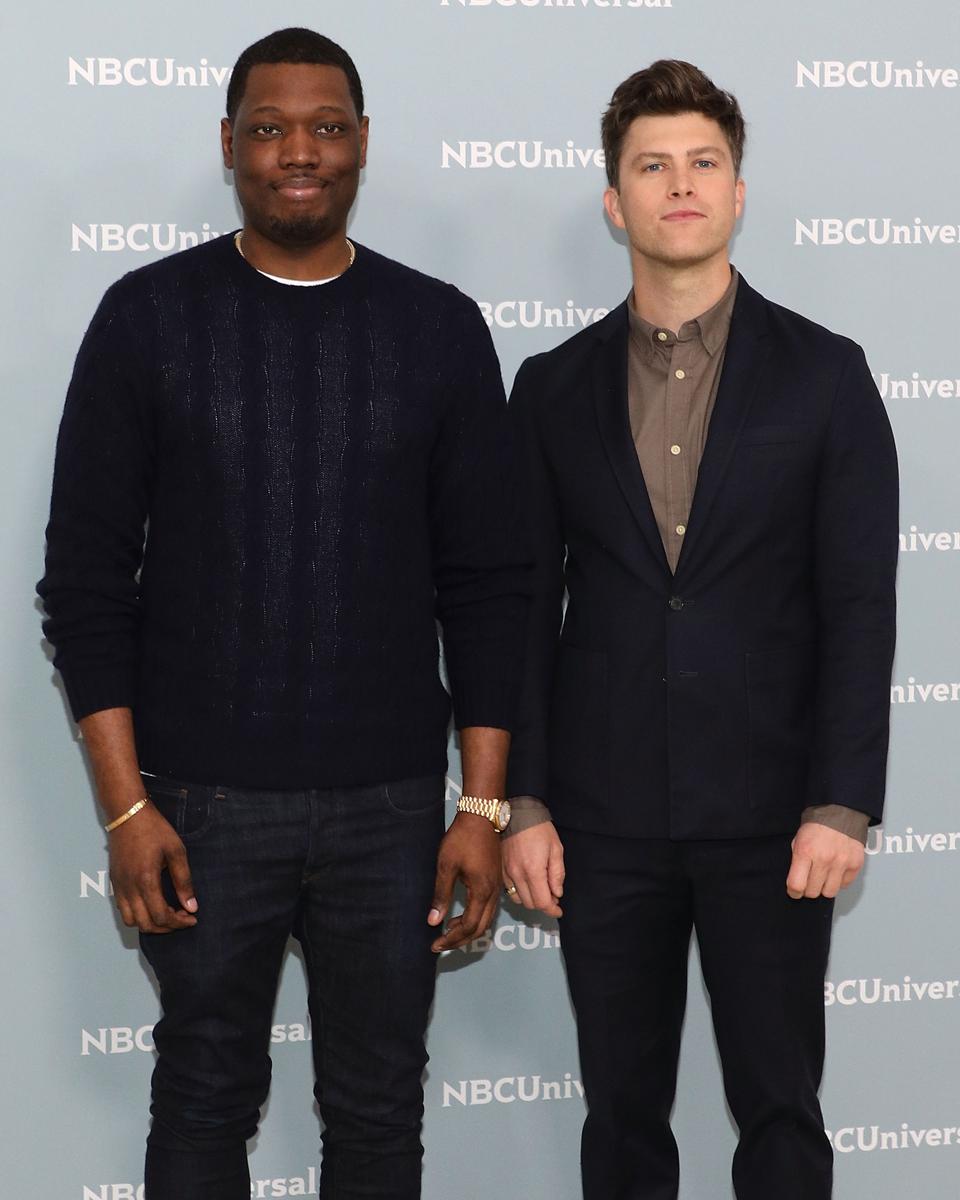 During the “Weekend Update” segment with co-anchor and friend Colin Jost, he said, “As you know, Colin, I lost my grandmother this week and coming back to work really made me feel better, especially with you.”

He then proceeded to ask Jost take part in one of their famous “Joke Swap” bits, where they make each other read a joke on air that they haven’t seen before. After Jost willingly indulged since Che said it was his grandma’s favorite part of the show, he admitted it wasn’t true.

“My grandmother has never seen this show. I just wanted you to do that,” the jokester said.

But he did honor his grandmother once again in his sign-off saying that he was “Martha’s grandbaby.”

Before the show on Saturday, he also posted on Instagram — in his trademark post-and-delete fashion: “Special shoutout to the people that’s growing up the way I grew up, and that are living in conditions that I lived in. To the people in project buildings and prisons and shelters and on the streets, it’s hard to not feel ignored, when these communities are getting hit the hardest.”

“All I can say is, there’s nobody stronger and more resilient than my community,” he continued. “And this is one more thing we gotta do together.”