Breaking
ESBC Major Updates: Tons Of Heavyweight Greats Added...
How to Run Nonprofit Marketing Ads
Entrepreneurs Are Bringing Transparency To Home Buying And...
Best Incentive To Get Vaccinated: Money, Messaging, Or...
Page Level Query Analysis at Scale with Google...
How A CIO Can Align IT With Business...
Blogger of the Month: Jo, Girl Eats World
6 Things Women In Business Know That Men...
How to Use First-Party Data for Ad Personalization
Pressing Reset—Putting A Fallen Unicorn Back On Its...
How We Went Viral: Promoting Content with Influencers,...
Blame Olympic Record Price Tag For Return To...
Apple iOS 14.5 Release: Should You Upgrade?
How to Come up with Podcast Topics and...
Why Gaming Gear Company Razer Launched A $50...
Technical SEO Implementations to Increase the Impact of...
Home Technology Microsoft And Plaid Should Target Small Businesses (Not Consumers) With Money In Excel
Technology 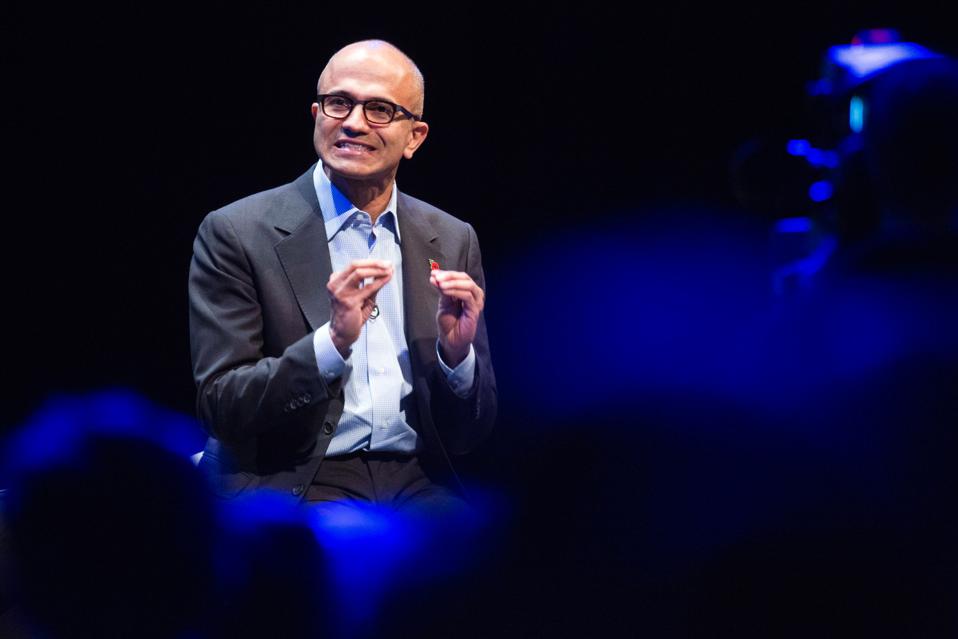 Microsoft and data aggregator Plaid announced a partnership to offer a service they’re calling Money in Excel. According to Plaid:

“Money in Excel essentially turns the spreadsheet into a fintech app. It allows users to securely connect their financial accounts, import the data within them, sync balances and transactions over time, and, ultimately, gain greater insights into their financial health.”

Here’s how it’ll work: Plaid will provide a permissioned connection to financial accounts from within Excel. After linking their account(s), users will have access to their balance and transaction history. The tool will provide charts and graphs analyzing users’ spending in a “Monthly Snapshot” tab.

According to Microsoft, the tool will also feature proactive alerts about price changes for recurring payments, bank fees, and overdraft warnings.

Although there was no mention of fees by either Microsoft or Plaid, American Banker reported that Money in Excel will will cost $7 a month for individuals and $10 a month for families.

My take: As a consumer service, Money in Excel is going to die on the vine. There is a more lucrative market for the tool, however: Small businesses.

The Good News: Competition in the PFM Space is Weak (For Now)

With 13 million users, Mint—which was acquired by Intuit in 2009—is the biggest player in the personal financial management (PFM) space. In an article titled What the hell happened to Mint?, Fast Company referred to Mint as a “fossilized financial tool” and wrote:

“Mint still provides a valuable service for free in aggregating transaction data from multiple financial institutions to clarify where your money comes and goes, but this app exhibits severe symptoms of neglect.”

That may change. With the acquisition of Credit Karma, Intuit appears to be in a better position to rejuvenate Mint as well as its entire consumer services division.

I’m skeptical, however. As I wrote in an article titled Why Credit Karma Shouldn’t Sell To Intuit:

“Intuit has a poor track record of integrating acquisitions and making 1+1=3 in the retail banking space.”

Fast Company claimed that, “For now, Mint benefits from a lack of serious competition.” That was before Microsoft and Plaid came on the scene.

Here’s the great paradox about money: While money is really really important to us, we really really hate spending any time managing it.

To be sure, there are probably still a bunch of original Quicken users out there, using new digital tools to track and categorize every penny they spend. But the last decade and a half should have taught the financial services industry two things:

Microsoft—whose Money product got its butt kicked by Intuit back in the Pre-Millennial Ages—could be serious competition for Mint. Money in Excel has two serious shortcomings, however:

Microsoft and Plaid Should Focus on the Small Business Market

There’s a better market for Microsoft and Plaid to go after with Money in Excel: Small businesses.

That sentiment is shared by Bryan Clagett, Director, Strategic Initiatives at StrategyCorps, who knows a thing or two about this: He’s a former banker, was the Chief Marketing Officer of PFM provider Geezeo, and is a small business owner.

And that doesn’t include the number that throw data into spreadsheets to analyze their cash flow and spending trends. A study from Aite Group estimated that about 70% of small businesses are more dependent on spreadsheets than they need to be.

By not focusing on the small business market, Microsoft and Plaid missed an opportunity to jump start their new service.

According to Derik Sutton, VP of Marketing for Autobooks, a fintech that integrates small business financial management tools into digital banking channels:

“Small businesses owners spend too much time cobbling together data from multiple platforms, or offline record keeping, in order to apply for a loan from a bank. We are seeing this play out with the recent PPP and SBA programs.”

Sutton adds, “Microsoft and Plaid would have been inundated with Money in Excel customers had they recognized the small business need. If they had templates for historical and projected cash flows, income statements, and balance sheets, every bank in the country would be telling small businesses to sign up for the service and add their accounts before applying for loans.”

It’s Not Too Late for Microsoft and Plaid to Pivot

As a consumer-focused service, Money in Excel feels like a last-ditch attempt on the part of Microsoft to shore up declining use of Office and Excel, and a valiant attempt to generate revenue on Plaid’s part.

A quick strategic pivot could enable them to add value to small businesses applying for PPP and other loans—and jump start the new service. If they do, hopefully they’ll offer Money in Excel to small businesses for free for a period of time so they can be included in this article:

China Thought It Had Beaten Coronavirus, But New And Asymptomatic Cases Are Cropping Up