Breaking
Why You Should Fire 90% Of Your Clients...
15 Smart Ways To Get More Mileage Out...
14 Smart Ways To Leverage Machine Learning For...
Three Lessons The Life Insurance Industry Learned During...
Why Convenience Is Essential
Norway’s $1 Trillion Oil Fund, BlackRock And Vanguard...
Sennheiser Makes Open-Back Headphones More Affordable With The...
Artificial Intelligence Is Ready For Prime Time, But...
Satellite Science Is Helping The Environment, From Farms...
Corporate America’s Employment Problem Isn’t Just Race But...
Designing Household Appliances With Planet And Health In...
Fauci: ‘We’re Nowhere Near Herd Immunity’ In The...
Behind The Curtain—Chapter 11 From The Inside—Chapter 10—The...
Three Classic Ways To Get New Business
Email Marketing Consulting
With Hope, Perseverance And Faith, Two Friends Are...
Home Technology Microsoft Details Confirm Exciting New Surface Book Features
Technology

The Windows 10 powered laptop is now expected to debut during 2020, adopting many features o the Pro 7 and Pro X, including the design changes allowing for easier repairs and the ability to remove the hard drive through a small access panel. But what could make the Surface Book 3 stand out?

How about a ‘writing panel’ for the Surface Pen? 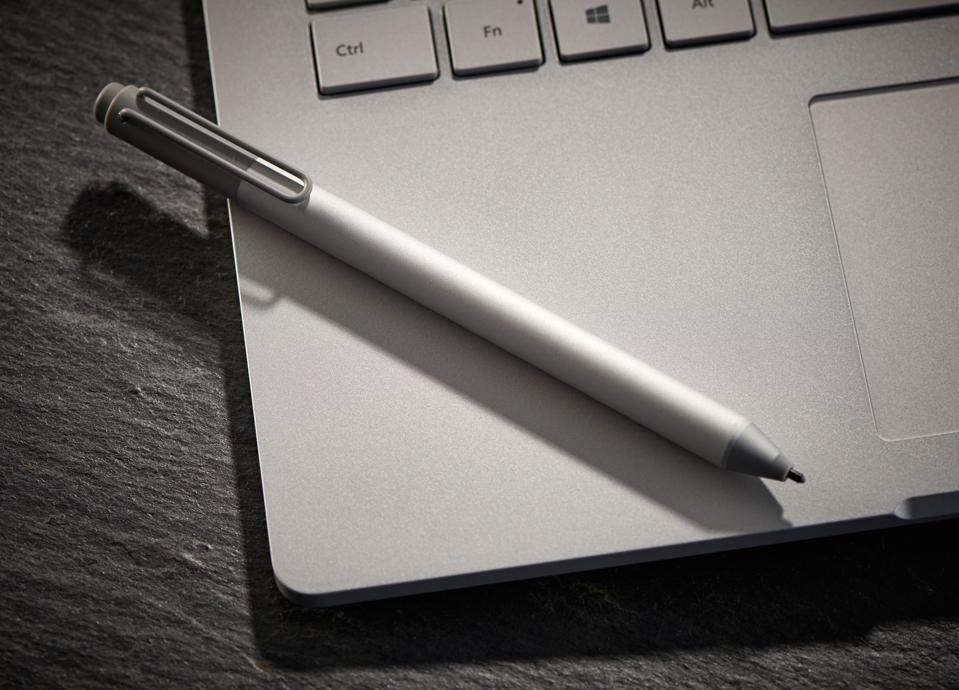 That’s the intriguing prospect from a recently published patent. Titled ‘Computing Device With Detachable Writing Input Device’, it details a number of methods and designs that can be used with a digital pen to accept written input. And the images in the document are illustrated with the distinctive hinge of the Surface Book. Mayank Parmar reports:

“According to a new patent filing that we discovered, Microsoft’s Surface Book 3 will come with a detachable keyboard that includes a writing panel/notes making panel on the opposite side.

“This means when you detach the keyboard portion from the Surface Book base and flip it, you will find a writing surface. Microsoft says currently user may use Surface Pen to write notes on the display device of the Surface Book, but it’s not fully satisfactory.”

Flipping over the entire base to make 2020’s version of a graphics tablet does lead to some questions over design (nobly you’d be balancing on the Surface Book hinge at the top two corers, which does not feel like an elegant solution), other implementations of the concept in the patent look to be more practical. For example one illustration places the digital writing pad to the right of the touchpad, as if it was a post it note left on the palm rest. 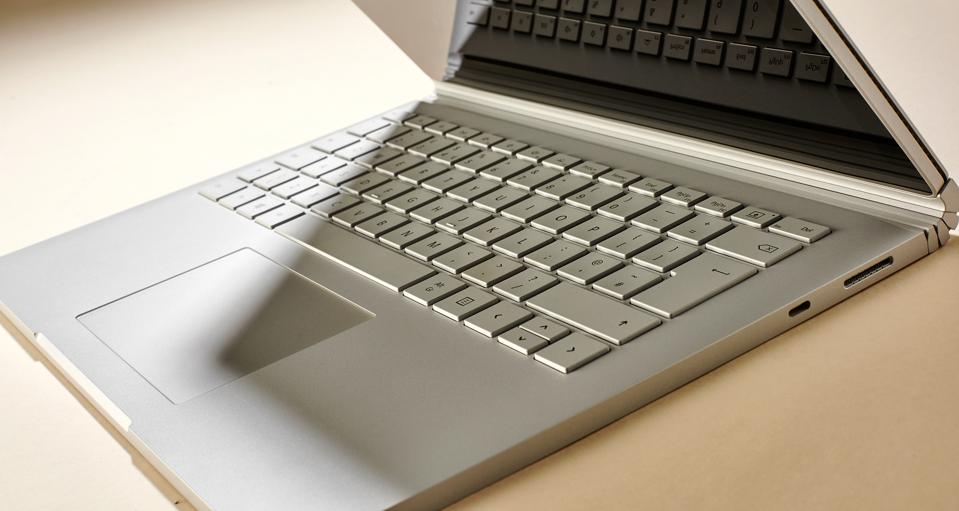 Of course the real power will be in taking this input and transferring it to the screen and into data. Microsoft has been working hard and iterating both the Surface Pen and the display technology to make for a more realistic feel to writing on a Surface, but the fast remains that writing on a near vertical screen is more awkward than writing on a flat surface.

With this patent, it’s clear that Microsoft is working on ways to flatten things down for a better experience. And the presumptively named Surface Book 3 could be the first beneficiary.

Why Every Business Leader Needs To Know About Narrative Economics