Breaking
Google Meet’s Unlimited Calling Will Continue To Be...
The Need For Speed-Is Quantum Computing A Good...
Stock Market Crash: The End Game Approaches
Best Video Conferencing Software
For These Indigenous Artists “Land Back” Is Both...
The Current Tech Stock “Bubble” Reflects Pessimism, Not...
A Look At What’s Inside House Democrats’ New...
Page Authority 2.0: An Update on Testing and...
How Public Health Experts Are Harnessing The Power...
This Husband And Wife Built A Luxury Brand,...
This Husband & Wife Built A Luxury Brand,...
Luxury Footwear Brand Chelsea Paris Re-Launches And Stays...
The 30 Upgrade Module ‘Avengers’ Farm Trick You...
50 Years After Milton Friedman, Where Does Capitalism...
House Prices To Rise Through The Recession As...
Is An Internet Service Provider Revolution On The...
Home Business Microsoft Edge Overtakes Firefox To Become Number 1 Chrome Alternative
BusinessTechnology

Microsoft Edge has overtaken Firefox to become the number one Google Chrome alternative, according to new figures. Is Edge worthy of the number two slot? 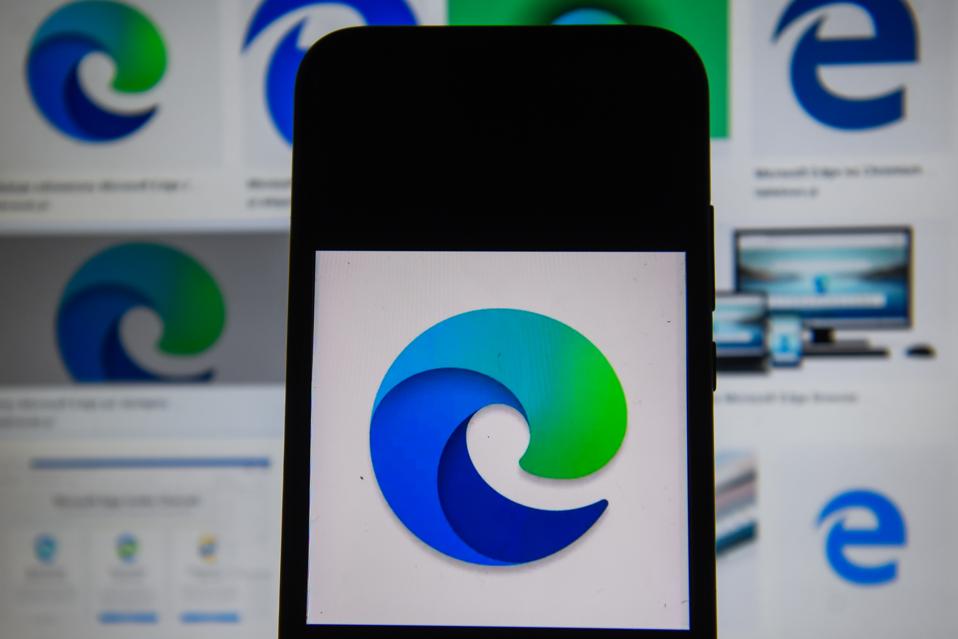 Microsoft Edge has overtaken Firefox to become the number one Google Chrome alternative, according … [+] to new figures.

For years, Google Chrome has dominated the browser market, with Firefox taking second place as the choice for people who care about their security and privacy. But now, it looks like another browser is set to take the number two slot—Microsoft’s revamped Edge browser.

That’s according to the latest figures from Netmarketshare, which puts Edge at number two to Chrome with 8.09% of the desktop browser market in July. Firefox is now at number three, with 7.36% market share.

Edge has been slowly gaining share since March, when it first overtook Firefox in desktop share by a small margin—a gap that has widened continually since.

Microsoft released Edge—which is based on the same Chromium-based engine as Chrome—at the start of this year to replace the unpopular legacy version of its browser. There’s certainly a big opportunity in the market, given that Chrome dominates the browser space with over 70% share. Indeed, as data collection practices become more visible, many users are losing trust in Google and looking for a more secure and private alternative.

In the past, the obvious go-to has been Firefox, which is owned by a non-profit (Mozilla) and offers a genuine focus on helping users be more private and secure as they browse the web.

So, what are people seeing in Edge that Firefox doesn’t have? Edge is certainly trying to focus on security and privacy, with features aimed at users that care about these two factors.

It recently came top in security tests by NSS Labs, but a few months ago research found Microsoft’s Edge browser to be the least private, due to it sending device identifiers and web browsing pages to back-end servers. In addition, Microsoft’s move to push Edge to Windows has annoyed some users.

But being based on open source Chromium means Edge also has some pretty cool features also available in Chrome, such as  the ability to block those annoying pop ups you can see when you browse the web.

Automatic profile switching is great during the work from home era, because it helps you to navigate between work and leisure without having to actively do anything.

Unlike Mozilla owner Firefox, Microsoft has a wide audience it can potentially push the browser to, through its Windows operating system. Edge’s reach also extends to the enterprise, when Firefox is mainly a consumer focused browser.

In reality, Microsoft’s Edge is pretty secure but it’s not as private as Firefox. However, it does include features that are very similar to Chrome while quite frankly, not being Chrome. This makes it a valid alternative in its own right.

I use Edge myself, in addition to Safari and Firefox. For me, it’s nice to have options— although Edge still has some improvements to make in the privacy stakes.

What Are Business Schools Doing To Support Businesses During The COVID-19 Pandemic?