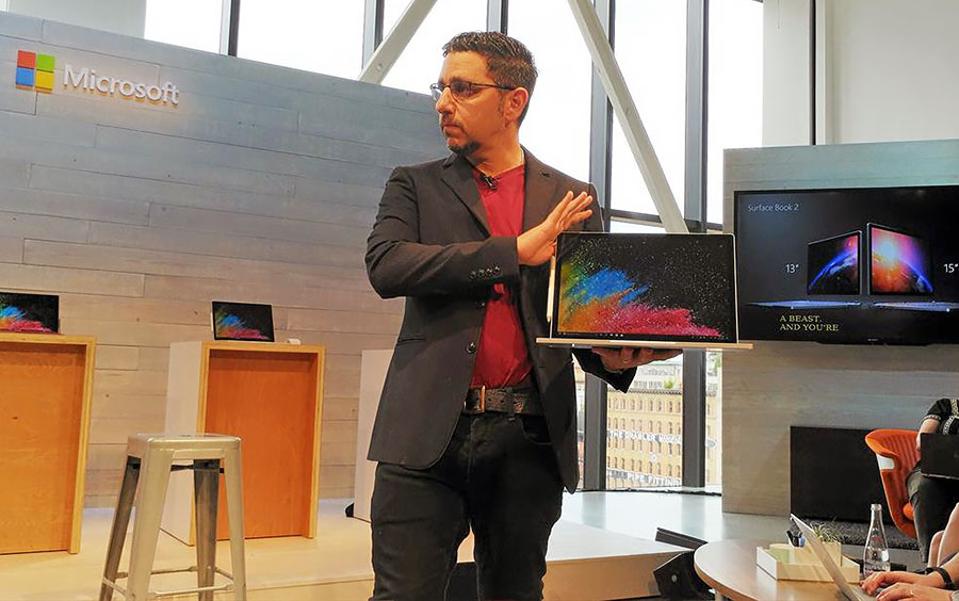 It goes almost without saying that Microsoft’s Surface Book line is in desperate need of a refresh since the product debuted way back in 2017. And with Intel finally freeing up enough of its 10nm 10Th Gen Core series processors, the new platform architecture provides a healthy set of feature and performance updates that could well justify the Redmond engineering team’s full refresh effort. In fact, a new leak suggests that perhaps a Microsoft Surface Book 3 is already waiting in the wings, with not only Intel Ice Lake on board, but potentially Intel’s next gen Tiger Lake-U processor, as well NVIDIA GeForce GTX 1600 series discrete graphics.

Intel’s 10nm Ice Lake processor is already shipping in thin and light laptop like Dell’s excellent XPS 13 2-in-1 laptop. The Core i7-1065G7 CPUs available in that machine are quad-core / 8-thread chips with on-board Intel Gen 11 Iris Plus Graphics that really take the Dell machine’s multimedia, graphics and gaming chops up a notch, in some cases close to 2X that of Intel’s previous gen UHD 620 integrated graphics. Couple that with solid 8 – 10 percent gains on the CPU side of the equation and Ice Lake makes for a nice upgrade on its own, especially when paired with the aforementioned NVIDIA GeForce GTX 1660 series GPU for the heavier lifting under more demanding gaming workloads. That said, Intel was also demonstrating its next generation Tiger Lake-U at CES 2020 earlier this month, making bold claims and in fact showing off platform motherboards in the flesh as well, and this chip could really make for a nice Surface Book refresh. 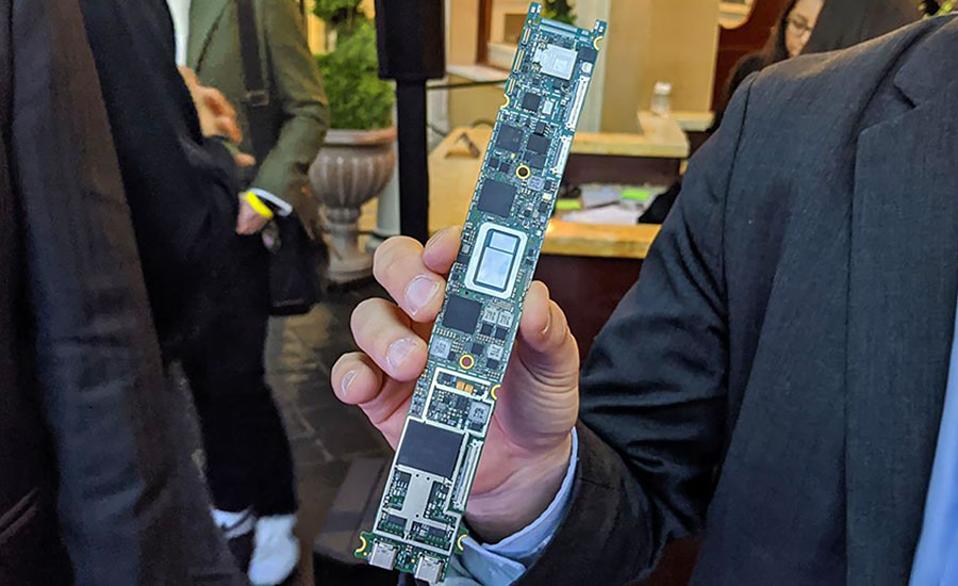 Tiger Lake is Intel’s successor to Ice Lake that’s also built on the company’s 10nm fab process technology. However, Intel claims Tiger Lake will deliver significant “double-digit” gains in CPU performance over Ice Lake, and with new Intel Xe graphics on board should deliver a “huge” boost in gaming, multimedia and content creation performance. In fact, Intel also demo’ed a Tiger Lake-U laptop on stage at CES, running the triple-A game title Destiny 2 at 1080p, with what looked like excellent frame rates. In addition, Tiger Lake also supports next generation Thunderbolt 4 connectivity, which could offer a nice 4X lift in available bandwidth for external connectivity of Microsoft’s next gen Surface Book.

Regardless, the source of this tip was a Twitter user that goes by the name of _rogame who recently pointed out a listing in the Geekbench 5 database that showcases Intel’s Tiger Lake client platform, suggesting it’s headed for Microsoft’s next gen Surface Book 3 product line. And again, the claim is that its detachable 2-in-1 design will also sport NVIDIA GeForce GTX 1660 graphics in the base of the system, like previous gen Surface Book products, for even more gaming punch.

In terms of availability and timing, if Microsoft decided to step out with an Ice Lake-powered variant of the Surface Book 3, that could arrive virtually any day now, since the platform is already shipping. However, Tiger Lake-U was only proclaimed to be “coming soon” from Intel in 2020, so timing there is anyone’s guess. We shall see but Tiger Lake was looking pretty mature at CES in Las Vegas this year, so perhaps a Microsoft Surface Book 3 refresh could indeed happen sooner than later.

The Coronavirus Outbreak Is Now A Crisis, How Might That Affect The Economy?

How 5G Will Create Opportunities And Challenges For...