Breaking
Why We Must Update The Law For The...
‘Destiny 2: Beyond Light’ Review: A Frozen Triumph
Five Steps To Faster Market Research
What’s The Upside For NetApp Stock?
Why Automated Machine Learning Is Becoming A Must-Have...
Is The Caruso 2020 A Serious Challenger To...
Your Smartphone Is Costing Your Fortune
Ignoring Climate Related Physical And Transition Risks Imperils...
The Economy: On The Other Side Of The...
A ‘Beaver Moon Eclipse’ Meets Mars And The...
Sony PS5 Reportedly Suffering With Frustrating 4K HDR...
Will 2021 See $318K For Bitcoin?
Black Friday 2020 Apple iPad Pro, iPad Air,...
7 Things To Expect As We Edge Closer...
Ask Larry: When Can I File For Social...
First Nationwide Effort To Save Wild Bees Is...
Home Technology Microsoft’s Surface Pro Has A New Killer Feature
Technology 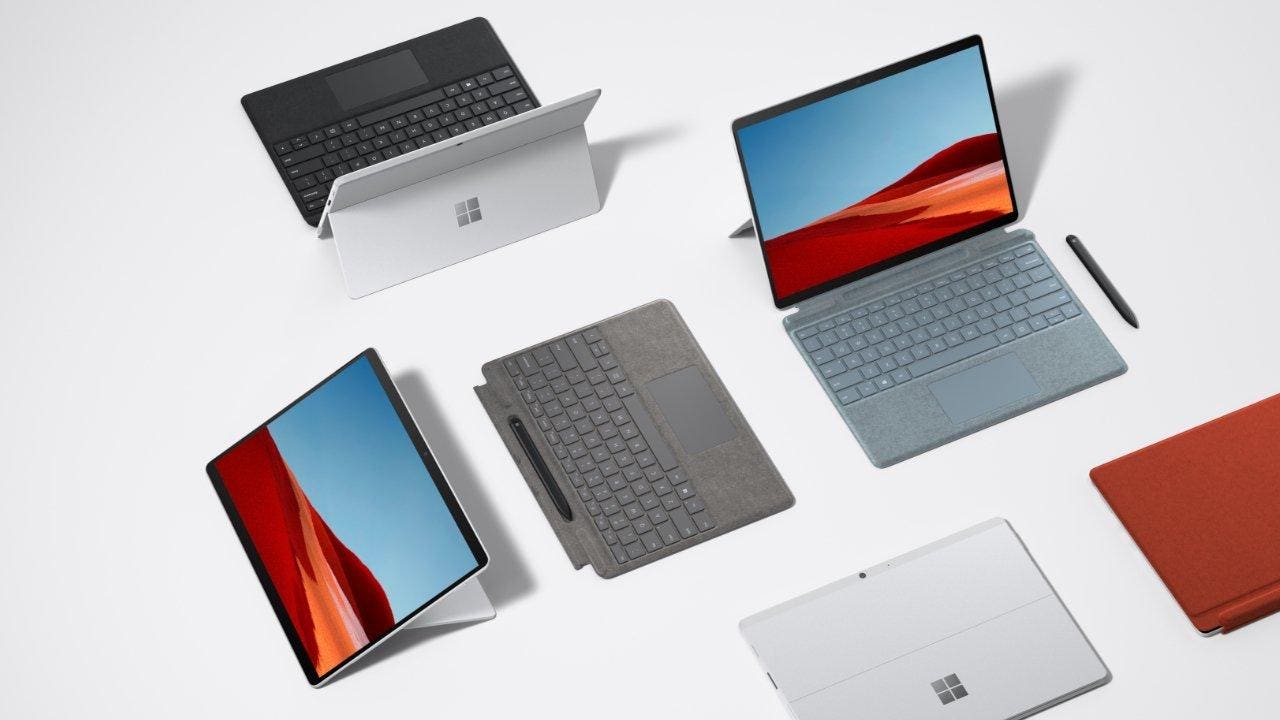 Last year saw Microsoft launch the Surface Pro X. Sitting alongside the main Surface products, including the Surface Pro 7 launched at the same event – the Pro X brought back a sense of Microsoft pushing the envelope with the Surface family. The reason was the choice to go Microsoft’s ARM-based SQ1 processor.

The benefits of moving to ARM from Intel were clear in the design. The Pro X was much thinner than the Pro 7, it ran at a lower temperature so no fans were needed to control the thermals, it was much easier to integrate a 4G LTE modem, and Microsoft’s Pro X specifications listed thirteen hours of battery life.

While the reviewers were impressed with the technical achievements of the hardware, even if real-world battery life was not as strong as many hoped for, the twin issues of running older software (compiled for Intel’s x86 architecture) and the lack of native ARM software fro third party developers hampered the Pro X.

The former was covered in part by Microsoft’s emulation layer, which allowed for 32-bit x86 apps to run on the Pro X (albeit with a performance hit). Unfortunately the majority of Windows 10 apps were 64-bit and would simply not run. And the third-party apps compiled for ARM were few and far between.

Nowadays the Pro X is far more capable. Microsoft’s release of an ARM version of its own Edge web browser has been the making of the machine, which should not come as a surprise given how much of our lives is spent inside a web browser. The ARM train is building up a head of steam. And while emulation is still limited to 32-bit x86 applications, the 64-bit emulation layer is expected to be released in beta in the next few weeks.

But the cry that came from the 2019 reviews was a simple one. Where’s Photoshop?

The October 2019 launch saw the Microsoft team share the stage with Adobe’s Scott Belsky. The later announced that Adobe was “working hard to bring other key parts of Creative Cloud to the Surface Pro X as soon as possible.”

The started clock was stopped on this yesterday, with Adobe launching an ARM version of Photoshop. Albeit in beta, the totemic app that was used by reviewers around the world has arrived.

In unrelated news, Apple launched its first ARM-powered macOS machines last week. It took seven days for Adobe to release a beta of Photoshop for the new Mac platform.

From Brick And Mortar To Click And Order: Transitioning To eCommerce

Five Advantages Of Creating An Add-On Instead Of...

How The Game Of ‘Plinko’ Perfectly Illustrates Chaos...