Breaking
Expanding Your Business Into Spain: What You Need...
Essentials For Your Office Coming Out Of COVID-19
What Can Marketers Learn From Digital Cults?
Why NASA’s James Webb Space Telescope Will Never...
Increasing HR Effectivity and Efficiency through Software Solutions
The Difference Between Building A Startup In Bull...
Fluor Corp Ranked Among Today’s Top Shorts
Common Pitfalls to Look Out for When Buying...
Will the Olympics go ahead this year?
Pack Up the Big Top: Insights from MozCon...
Best WordPress Themes for Blogs
Get Ready To Rip And Tear, As The...
As Economy Recovers, Loan Approval Rates Increase For...
Lessons Learned—Avoiding The Fundraising Errors That Can Sink...
Top Tips to Help You Effectively Manage Your...
Malaysia’s Carsome, Tycoon Patrick Grove’s Catcha Group To...
Home Technology Mike Bloomberg Has Spent 1,200% More Than Bernie Sanders On Facebook Ads In 2020
Technology

Mike Bloomberg Has Spent 1,200% More Than Bernie Sanders On Facebook Ads In 2020

Mike Bloomberg has spent $24,548,854 on Facebook ads since January 1, 2020, according to data from Facebook’s public Ad Library Report and cited by Rob Leathern, a Facebook executive. 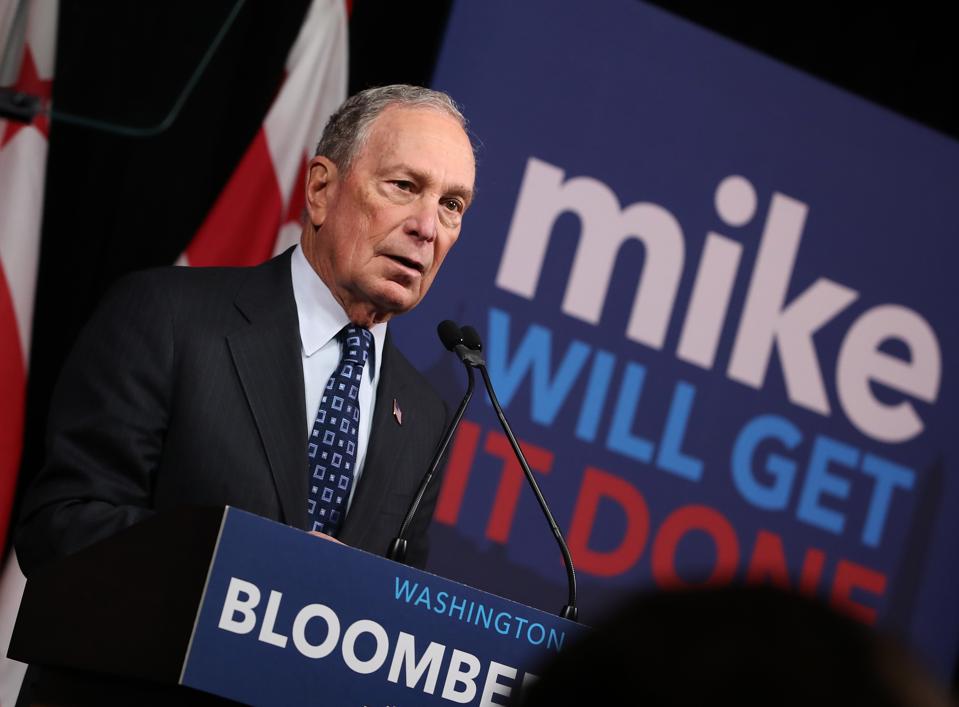 Bloomberg’s next closest Democratic competitor is also a billionaire running for the Democratic Party nomination: Tom Steyer. Steyer has spent $4,591,714 so far this year, while Elizabeth Warren has spent only $1,143,125.

His campaign spent just under $5 million.

Facebook created the report to ensure some level of transparency in political and issues-based advertising. The data just for February 6 shows that almost 300 political committees and activist groups have active Facebook ad campaigns running. Let’s Be Honest, for example, a group sponsored by Priorities USA, which is unclear about where its funding comes from, has spent $3.7 million over the past two years. 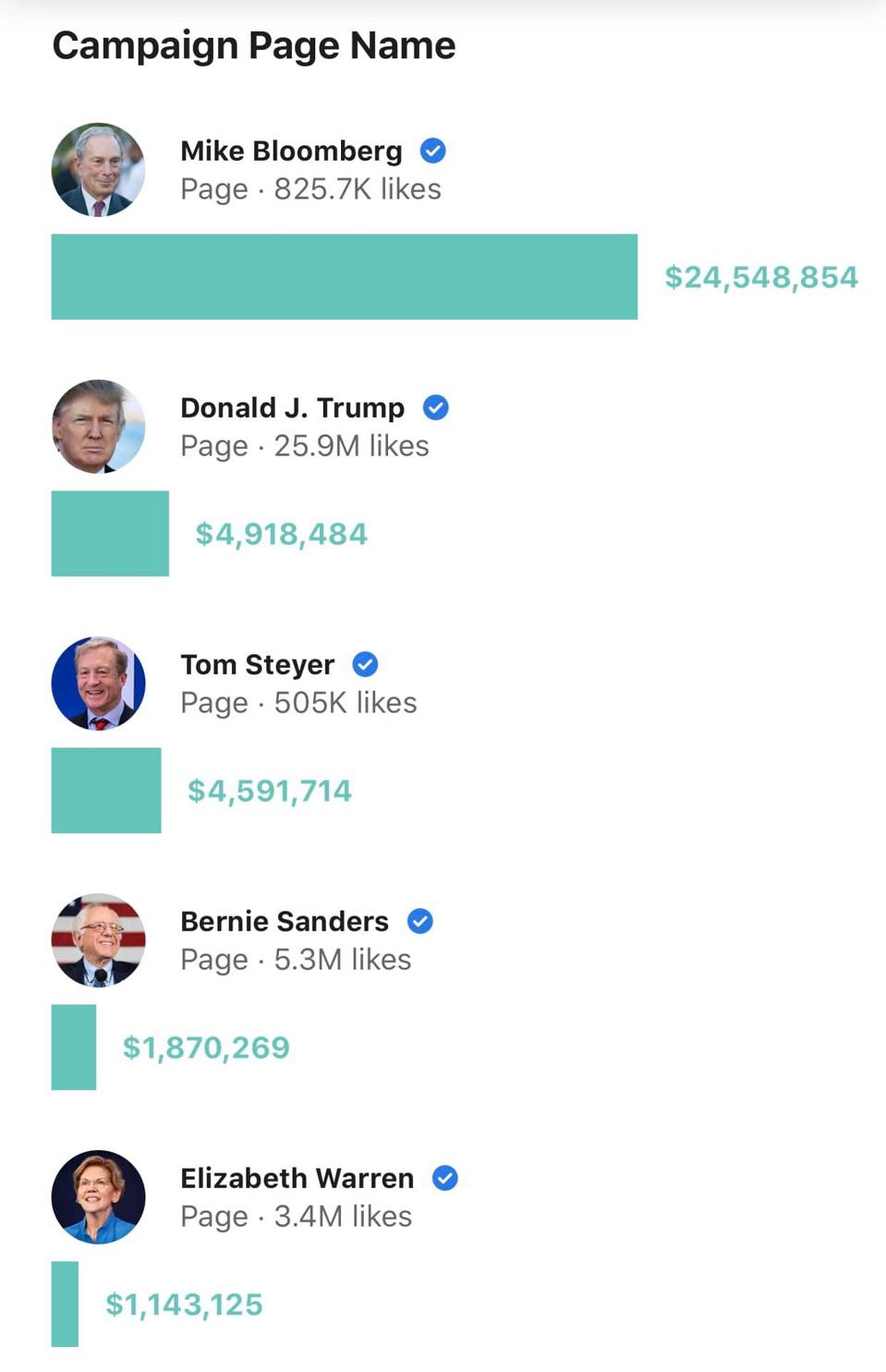 Campaign spending by candidates for presidential nominations so far in 2020.

It’s not surprising that Bloomberg is spending so heavily.

He has a significant disadvantage over other candidates, having started his campaign much later. In addition, since his primary opponents have a longer history in politics and the current campaign, they have much more organic support.

While Bloomberg’s Facebook page has only 825,000 fans, Sanders has 5.3 million and Elizabeth Warren has 3.4 million. Donald Trump, on the other hand, has almost 26 million Facebook fans. That massive organic reach advantage means that free, unpaid messages posted by candidates get seen by more people, theoretically, while Bloomberg has to pay to get his messages seen by people who have not currently liked his page or connected to his campaign.

Bloomberg, the 14-richest person on the planet with an estimated fortune of over $60 billion, is spending even more heavily on traditional TV, where one report suggests that he has been spending over $25 million/week since late November.

He shows no signs of letting up.

Bloomberg, the 108th mayor of New York City from 2002 to 2013, is essentially testing whether money can buy a presidential nomination. And, in some sense, following Trump’s lead in digital marketing for political purposes.

The Expanding Universe Might Not Depend On How You Measure It, But When