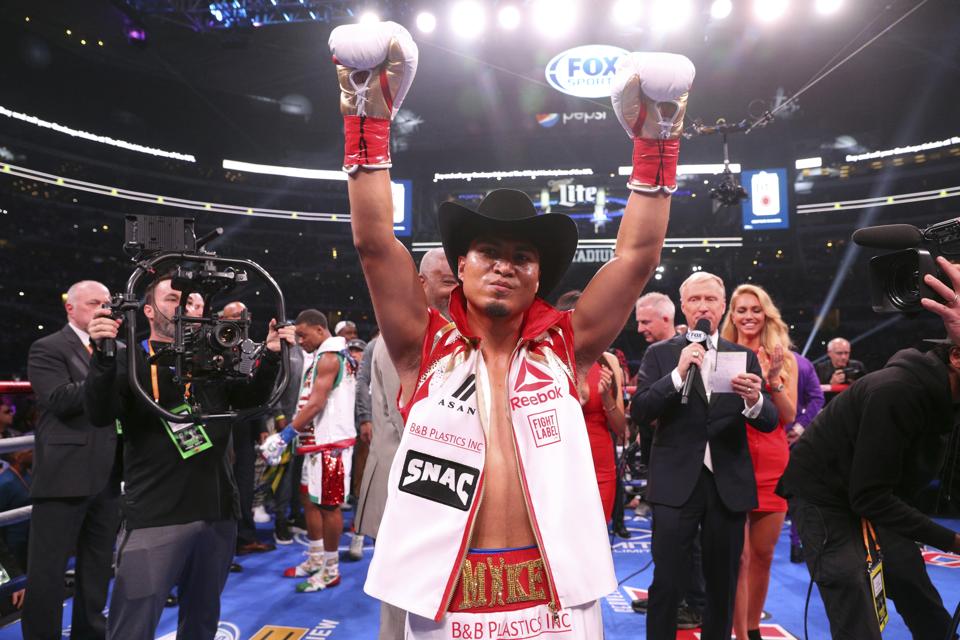 On the strength of a strong start and a fifth-round knockdown, Mikey Garcia pulled out the unanimous-decision win (114-113, 116-111, 116-11) over Jessie Vargas. It was Garcia’s first win at welterweight after suffering a one-sided defeat at the hands of Errol Spence in 2019.

Here is a look at the knockdown:

Here is a look at the reaction from the boxing community:

Garcia looked more comfortable at welterweight than he did the first time. That said, he wasn’t in with as big of a puncher. Still, Garcia pressed forward, landing hard punches and he seemingly built a big lead on the scorecards.

Vargas mounted a bit of a comeback in the second half of the fight, which was reflected on one of the scorecards. Unfortunately for Vargas, he was incapable of closing the gap entirely.

The win was the 40th of Garcia’s career and it helps to establish him as a player at welterweight. While Vargas isn’t a championship contender, he is a legitimate 147-pounder who has been competitive with top talent in his career. On the heels of the loss to Errol Spence, this was a must-win for Garcia who has risked a lot moving up to welterweight.

While Garcia was the clear favorite with oddsmakers, Vargas is the much bigger man. With Spence’s example set in 2019, Vargas clearly couldn’t handle Garcia in the same way. The defeat drops Vargas’ record to 29-3-2.

He’ll probably get another bout with a Premier Boxing Champions welterweight, but he’s coming to a point in his career where he needs a big win over a fighter of note. Garcia could make a case to fight Manny Pacquiao, Keith Thurman, Danny Garcia or Shawn Porter in his next fight.

We’ll have to wait to see what materializes for him, but per his post-fight interview, Garcia wants Pacquiao next. Vargas would like a rematch, but that seems unlikely.

If We Saw Betelgeuse Explode It Would Be The Biggest Celestial Sight Of Our Lives. Or Would It?

This Is The Year Of AI Regulations

All Relation Brewing And The Rise Of The...

Back To Basics: What Is Innovation?

The Electric Future Of Mobility As A Service

The AARP Spikes Investigation Into Age Discrimination By...

The Megxit Chronicles: Before Meghan Flies In, The...