Breaking
Can Money Protect You From Covid-19? It May...
The Most Important Voice In Artificial Intelligence: Frontline...
Amazon’s Small Business Empowerment Team Is Helping Entrepreneurs...
10 Ways For Entrepreneurs To Power Through Tough...
Will The Cloud Take Down The Mainframe?
How Itamar Medical Stock Could Triple
How To Cash In On Biden’s Stimulus With...
The Refactoring X-Factor Behind Software Modernization
3 Habits Of Millionaires
Will The Stock Market Sell Off As Biden...
Microsoft Reverses Xbox Live Gold Price Increase Following...
Weekend Favs January 23
FDA Approves First Monthly Injections To Treat HIV
Low Volatility Investing Works In China Too
How 2020 Introduced Big Technology Startup Opportunities
Apple Loop: Stunning iPhone 13 Decision, Shock New...
Home Finance Military Pensions Too Generous? Will They Be Cut?
Finance 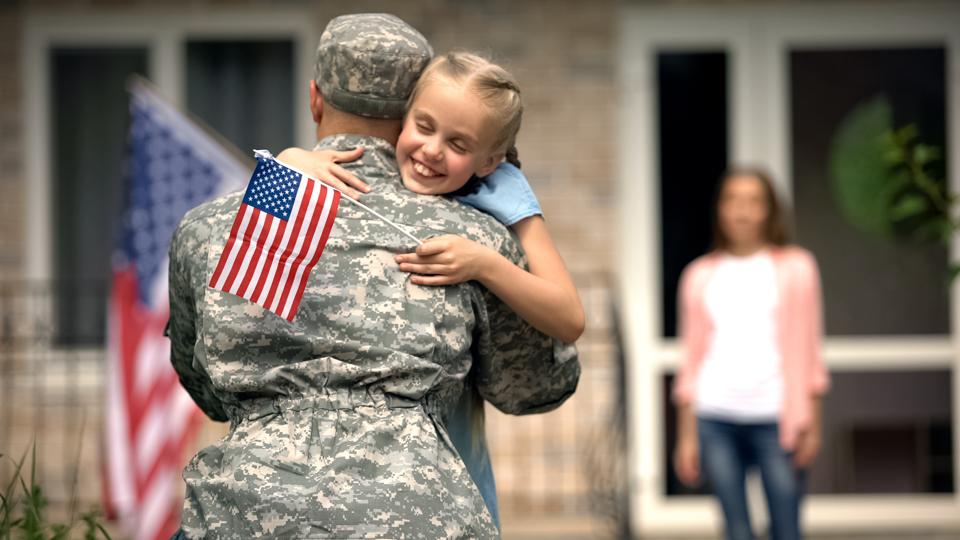 Will military pensions, like corporate and public pensions be slashed in the future? Should military … [+] pensions in 2020 be more generous than corporate pensions were… in 1985?

In 1985, President Ronald Reagan’s Budget Director David Stockman called the military retirement plan a “scandal” and an “outrage.” His remarks triggered a barrage of attacks on him by some of the highest ranking figures in the U.S. military, active and retired. He was called a ″draft dodger″ by the Veterans of Foreign Wars but found support from the Vietnam Veterans of America which agreed the military pension system needed overhauling.

Mike Leaveck, spokesman for the Vietnam Veterans of America was quoted saying at the time, ″a pension system which costs six times what a civilian pension system costs should be re-evaluated.″

Stockman told a Congressional hearing on President Reagan’s proposed fiscal 1986 budget, ″The institutional forces in the military are more concerned about protecting their retirement benefits than they are about protecting the security of the American people. When push comes to shove, they’ll give up on security before they give up on retirement.″

At that time, military pensions cost the nation more than $17 billion annually.

In defending the military pension system, Lawrence J. Korb (who served as adviser to the Reagan–Bush election committee in 1980 and was later appointed Assistant Secretary of Defense (Manpower, Reserve Affairs, Installations and Logistics) opined in The New York Times:  “The military retirement system is, indeed, slightly more generous than the average private plan, as it should be. As a percentage of final pay, the military retirement system now costs 1.2 to 1.5 times more than the average private sector plan.”

Unlike today, in 1985, there weren’t lot of people talking about pension costs. Pension costs were not under scrutiny and corporate pensions were commonplace.

In recent decades, legions of corporate pensions, deemed too costly by their sponsors, have been shuttered, or seen benefits slashed, and public pensions providing retirement benefits to state and local workers have come under intense fire; half of all public pensions have had benefit cuts since the 2008 market meltdown.

I wrote to David Stockman this week about his ill-fated inquiry into military pensions. He said it didn’t look like much had changed in the past 35 years, “except the price tag is now $62 billion per year (cash flow) and rising.”

He sent me a copy of a photograph from the 1985 State of the Union speech where the Joint Chiefs of Staff were hysterically laughing sitting behind him shortly after he had publicly stated they would take a fire axe to the Oval Office door sooner than cut military pensions. They all signed the photo with sarcastic comments such as the Marine Commandant who scribbled, “To: The other guy with the big mouth”. Respectfully, P.X Kelley.

Said another, “We know you didn’t mean it. Thanks for your support.”

The caption printed under the photograph was “The only retirement we put above national security interests is yours!”

In connection with the launch of my book Who Stole My Pension? I have received a lot of questions from members of the military about the future of their pension. Will military pensions, like corporate and public pensions be slashed in the future, they ask. Should military pensions, like Assistant Secretary of Defense Korb said 35 years ago, be more generous in 2020 than corporate pensions were… in 1985?

In the coming months I will take a look at the military pension system. I have no preconceptions and I will tell you, if you are in the military, whether you should be concerned your pension, like corporate and public pension benefits, may be slashed.

Exposed—Apple iOS 13 Has Worrying Encryption Flaw: And There Is No Workaround