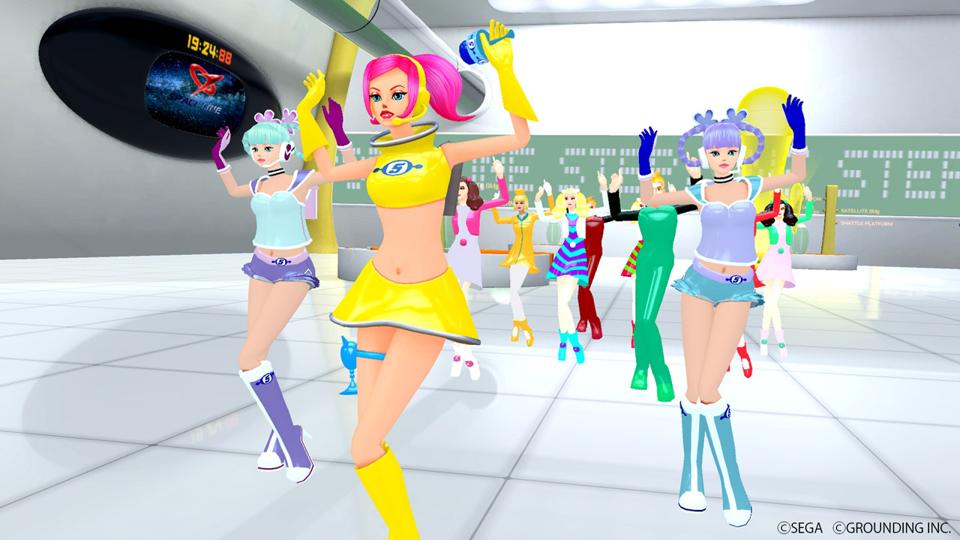 ‘Space Channel 5’ has moved into the world of VR.

Following the recent release of Space Channel 5 VR: Kinda Funky News Flash! for PlayStation VR, I caught up with co-founder and CEO of Grounding Inc., Mineko Okamura on how the classic rhythm action game made it all the way from the Dreamcast to VR.

If you have followed Okamura’s career, you’ll notice that she has worked on quite a few games were music was an important component. So it’s not all that surprising that when she was growing up, she had an interest in the medium.

“I liked music. When I was ten, I got into Madonna and The Beatles and started studying English. I also enjoyed writing and wrote a lot of poetry books on my own.

“As for how I got into game development, it was thanks to Tetsuya Mizuguchi, who produced the Space Channel 5 series. I was working at a record company at the time, but he said, “If you want to work in global entertainment, you have to work in games. People on the other side of the world know Mario and Sonic. Come work for Sega.” I was so touched that I decided to switch jobs. I’m so grateful to him for giving me this opportunity. Twenty-two years later, here I am!”

The original Space Channel 5 was released for the Dreamcast in Japan back in 1999 and featured the plucky reporter Ulala in a retro-themed future fighting off an invasion of musical inclined aliens. However, it wasn’t an easy game to make, as Okamura recollects.

“Development was hectic on the original Space Channel 5 and tough for sure. But our team was both unique and creative, which made an inspiring environment to work in. We all shared a commitment to create a game that would change the world.

“For me personally, Sega was the place where everything started. I’m so happy that the team members I look up to are still actively working in the industry. 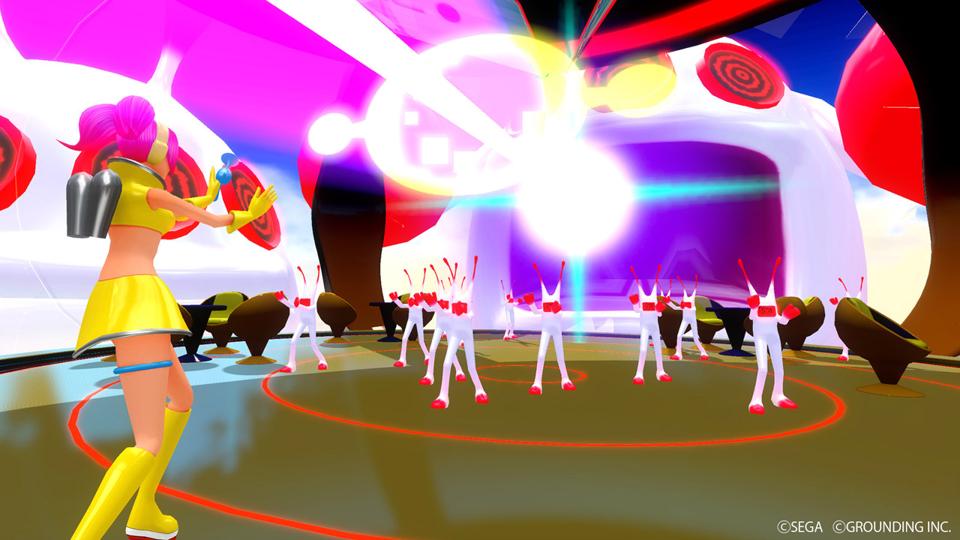 ‘Space Channel 5’ had more of a story, which set it apart from other music-themed games.

“The game was created to be a musical with a story, rather than a pure rhythm game. It also makes players to listen to the sounds carefully and count the beats, as there’s no bar that shows the timing. Lastly, it’s different from other games in that songs were picked to express the world of Space Channel 5 rather than because of popularity.

“After Space Channel 5, I worked on Rez as an assistant producer, and my involvement ranged from development to promotion. While Space Channel 5’s overall setting and concept was decided from the start, it took a long time to build the concept for Rez. Its development took more than twice as long as Space Channel 5. Mizuguchi and I worked on both games simultaneously, and it was interesting to see the difference between the two teams. The Space Channel 5 team had many women and it had a college club-like vibe. On the other hand, the Rez team felt like a bunch of people that met at a club throwing their ideas at each other to create something new. Both were wonderful.

“Mizuguchi and I did an interview recently with a Japanese magazine, and he said, “Rez and Space Channel 5 are like Yin and Yang to me.”

“I feel the same way. I don’t think they directly affected each other, but they were developed around the same time by the same development company (United Game Artists, Sega’s subsidiary). Ultimately, Space Channel 5 ended up going global while Rez became a special trance-like game that spoke to one’s internal senses.

“From that period of Dreamcast games, I also liked Crazy Taxi, Jet Set Radio, and Roommania #203.”

Now that Space Channel 5 is now available to play via PlayStation VR, Okamura explains how the process of translating the game into this new mode of play worked.

“The players can see the entire 360 degrees of game space. It took a lot of trial and error to create a game design that would direct players’ eyes to what we wanted them to see. 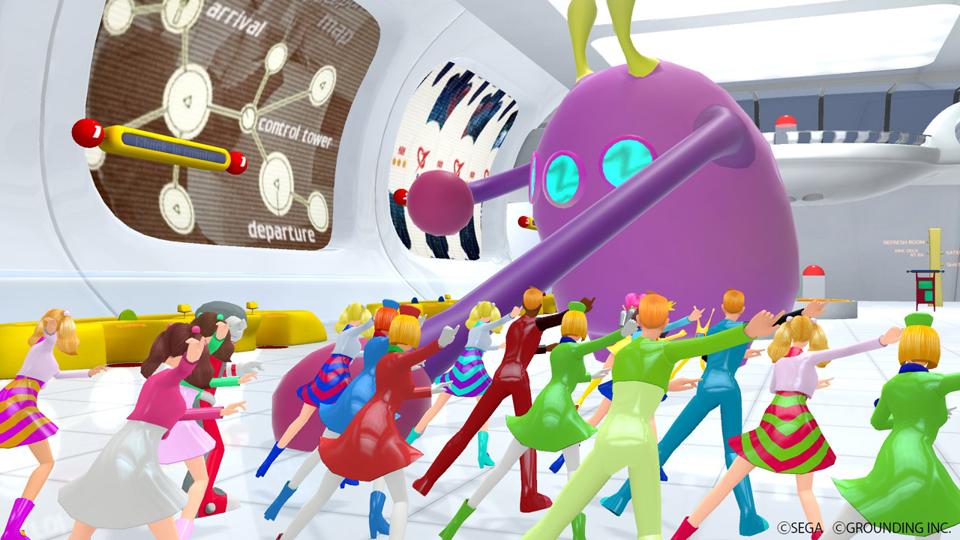 Moving ‘Space Channel 5’ into VR makes it more of a physical game.

“Also, we were aware of the strong Space Channel 5 fandom. We took creating a new game for them very seriously and worked “Space Channel 5-ness” into all the details. I’m sure this game will bring a smile to those who are familiar with previous titles.

“In Space Channel 5 VR Kinda Funky New Flash!, the player gets to become a member of a musical and live in the world of Space Channel 5 as Ulala’s protege. This is a real physical experience you can only get with VR.

“Also, Space Channel 5’s retro futuristic design concept and nostalgic 3D feeling are in line with “the future that we dreamed of,” something we felt VR truly offers.”

What with this latest VR installment of Space Channel 5 behind her, Okamura reflects on what her hopes are for the future.

“All the reporters that appear in Space Channel 5, most of all Ulala, are always pursuing the truth and broadcasting it to space. This concept hasn’t changed since the original game and is becoming more and more significant today. Ulala always finds the truth cheerfully in a fun way.

“I wish the world could be filled with various creations that will help us keep our minds positive. My goal at Grounding Inc. is to make that happen.”

‘Project G.G.’ Is More Of A Homage To ‘Ultraman’ And Classic Kaiju Than Anything Else