Breaking
Mayo Clinic And Kaiser Permanente Invest $100 Million...
MozCon Virtual 2021 Interview Series: Wil Reynolds
Commodity Spikes May Be Close To Peaking, Futures...
Benefits of Responsive Web Design
ESBC Major Updates: Tons Of Heavyweight Greats Added...
5 On-Demand Courses To Help Develop Your Leadership...
How to Run Nonprofit Marketing Ads
Entrepreneurs Are Bringing Transparency To Home Buying And...
Best Incentive To Get Vaccinated: Money, Messaging, Or...
Page Level Query Analysis at Scale with Google...
How A CIO Can Align IT With Business...
Blogger of the Month: Jo, Girl Eats World
6 Things Women In Business Know That Men...
How to Use First-Party Data for Ad Personalization
Pressing Reset—Putting A Fallen Unicorn Back On Its...
How We Went Viral: Promoting Content with Influencers,...
Home Business Minus Two Key Pitchers, Indians Welcome Back Francona
Business 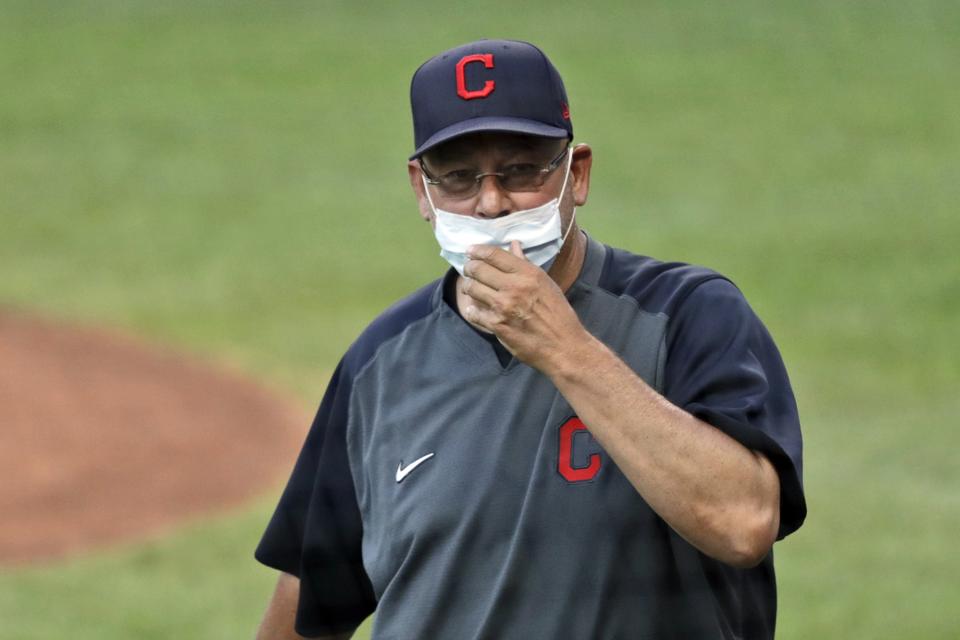 Cleveland Indians manager Terry Francona, returning to his team Tuesday night after missing the previous eight games while being treated at the Cleveland Clinic, said, “This one hurts.”

He was not talking about his own ailments.

He was talking about the recklessness of two of his players.

Pitchers Zach Plesac and Mike Clevinger were both placed on the restricted list by the Indians Tuesday, after the two players violated the team’s code of conduct and protocols by going out with a group of people Saturday night in Chicago. Clevinger’s presence in that group was not initially known to the Indians until Monday when the team was made aware of that fact.

On Sunday, Plesac issued his statement of contrition.

On Tuesday, it was Clevinger’s turn:

“There is an implicit trust that each of my teammates share as we navigate a season during this pandemic, and I broke that trust. In Chicago, I made the mistake of violating the protocols but the biggest mistake of all was not immediately coming clean to my teammates. I owe them better. I now realize that by even exposing myself to just one person more than necessary, I am putting myself, my teammates, the guys I compete against, the umpires, the staff, the Indians organization as well as the game that I love at risk. There is no excuse for my actions, and I can only take responsibility and learn from my mistakes. Moving forward, I promise my actions will reflect a full understanding of the protocols set in place while I continue my passion for competing for the incredible Indians’ fans and the city that I adore.”

Indians president Chris Antonetti said to his knowledge, Plesac and Clevinger were the only two players involved in the group that went out on Saturday night in Chicago.

Francona, who said he has been in and out of the hospital five or six times since the end of the first spring training this year, for treatment on a variety of ailments, returned to the dugout to find 40% of his starting rotation on the restricted list.

“We’ll deal with it like we always do,” he said. “We care about each other, but that doesn’t mean we don’t get disappointed or even mad at each other at times. What I care about is making it better, not being vindictive, but trying to figure out how we make this better so it doesn’t happen again.”

Players placed on the restricted list still receive their salaries and service time, and there is no minimum amount of time they must spend on the list. They can be added to the major league roster at any time.

“It’s not ideal,” said Antonetti, of the decision to remove two of the team’s most important pitchers from the roster, “but it was the right thing to do. As we said from the beginning, we will continue to prioritize the health and wellness of our players, and staff. Based upon the behaviors of Zach and Clev, we felt they had an elevated level of risk, so we wanted to make sure to do what we could to protect the rest of our group.”

Antonetti declined to say whether the club would discipline the two players any further than taking them off the roster, which, Antonetti pointed out was not mandated by Major League Baseball, but was a choice made by Indians officials because the two pitchers, “violated our team code of conduct.”

Plesac and Clevinger will be tested for the COVID-19 virus on Wednesday.

As for Francona, who in his eight years as manager of the Indians has been sidelined multiple times for various health issues, he hasn’t lost his sense of humor.

“I feel like I know everyone on a first name basis at the Clinic,” he said. “The doctors said I’m not the picture of health, but it’s mostly orthopedic things. The doctors are scratching their heads, too. But they’re trying, and as long as they’re trying, I’ll keep trying. It took almost a year to get to this spot, so it’s not going to go away in a week.”

While Francona was sidelined, Indians first base coach Sandy Alomar served as manager. The Indians went 5-3 in those eight games. Tuesday night, Francona returned to the dugout, just in time for his team’s 7-1 loss to the Chicago Cubs.

“I really feel l need to be here to help,” Francona said. “I can’t promise that this is going to be perfect, but I’m going to try to give it the best shot I can.”