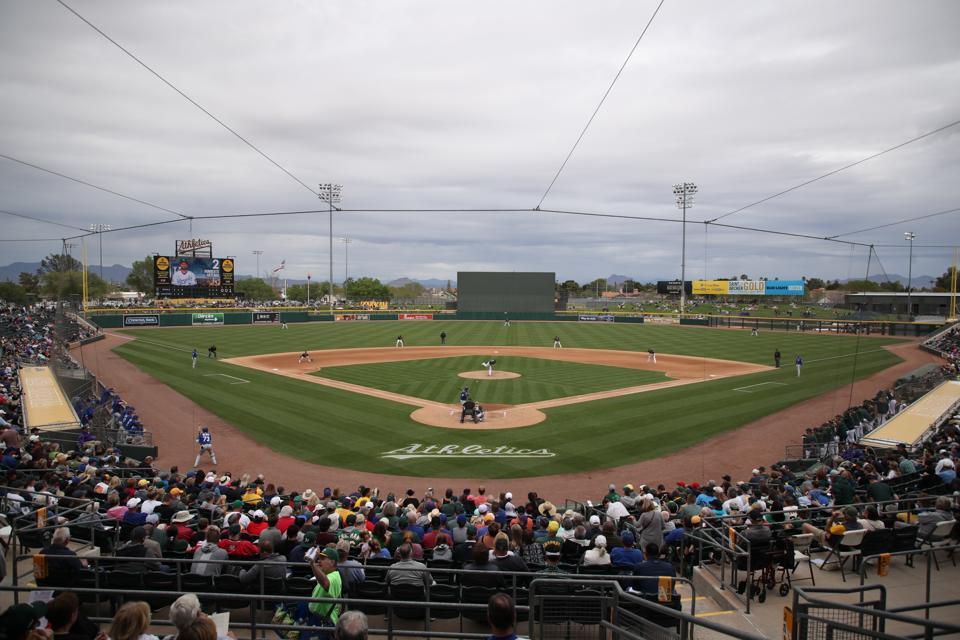 As a way to get the MLB regular season played, the idea of playing all games in the Phoenix area has … [+] been discussed by the league and Players’ Association. (Photo by Christian Petersen/Getty Images)

The ideas are getting creative.

On Monday, Major League Baseball and the MLB Players’ Association discussed ways to get the regular season off the ground as it continues to be delayed because of the coronavirus pandemic. Among those ideas, according to the Associated Press, is playing all games in the Phoenix area in empty ballparks.

The idea is still in the kicking-the-tires stage and has plenty of issues to overcome, the AP reported Monday evening, but the thought shows that both sides are serious about doing all they can to get this season played.

Arizona was proposed because half the league’s teams hold spring training there and with plenty of MLB-caliber sites to hold games, all within about 50 miles of each other. The other half of teams play in Florida, where the spring training sites are separated by as many as 220 miles.

Part of that plan could include Chase Field, where the Arizona Diamondback play during the regular season, hosting triple headers every day. The field has an artificial surface and a retractable roof, making it an ideal venue.

While the state of Arizona is clearly not immune to this novel coronavirus, playing in empty ballparks and in one area would allow the season to start even for teams from highly infected parts of the country, like Los Angeles and New York. It would also limit travel for teams to within Arizona, dropping the likelihood of spreading the virus or COVID-19 disease. 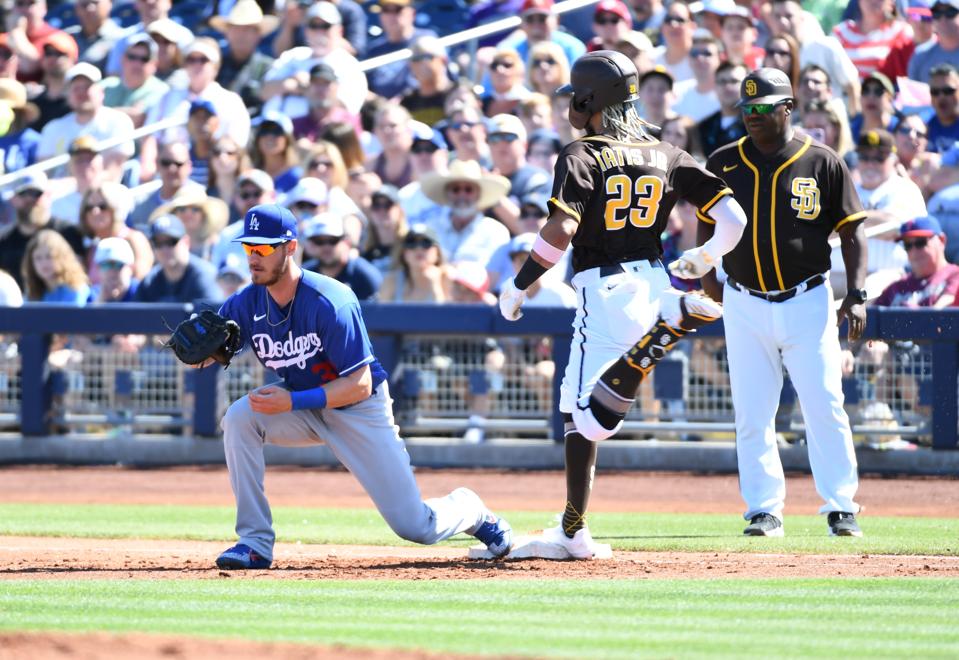 This idea would allow teams like the Dodgers and Padres to begin the season away from Southern … [+] California, which has become a hotbed for the coronavirus. (Photo by Norm Hall/Getty Images)

“it allows for immediacy of a schedule, where you might be able to begin it and televise it, provide Major League Baseball to America,” agent Scott Boras told the AP. “I think players are willing to do what’s necessary because I think they understand the importance of baseball for their own livelihoods and for the interest of our country and providing a necessary product that gives all the people that are isolated enjoyment.”

The idea obviously brings up other significant concerns for MLB and players. Arizona has nearly 2,300 reported coronavirus cases as of Monday, according to the Centers for Disease Control and Prevention – the 22nd most in the nation – with Maricopa County (the Phoenix area) accounting for more than 1,400 of those.

The AP report said the MLBPA would want to poll players to see if they’d be in favor for a plan like this, and Boras pointed out that if this idea, or one similar to it, were to happen it would be a massive change to how players and their families are accustomed to doing business.

MLB and the MLBPA agreed to a deal on March 26 to advance $170 million in player salaries for the first 60 days of the season, and a prorated portion of salaries if the season is cut from 162 games.

Applying For A Mortgage With A Co-Signer? Here’s...

Actress Marianne Jean-Baptiste Talks About Finding Herself ‘In...

As Bloomberg’s Entry Loomed, NBC Had Plans To...