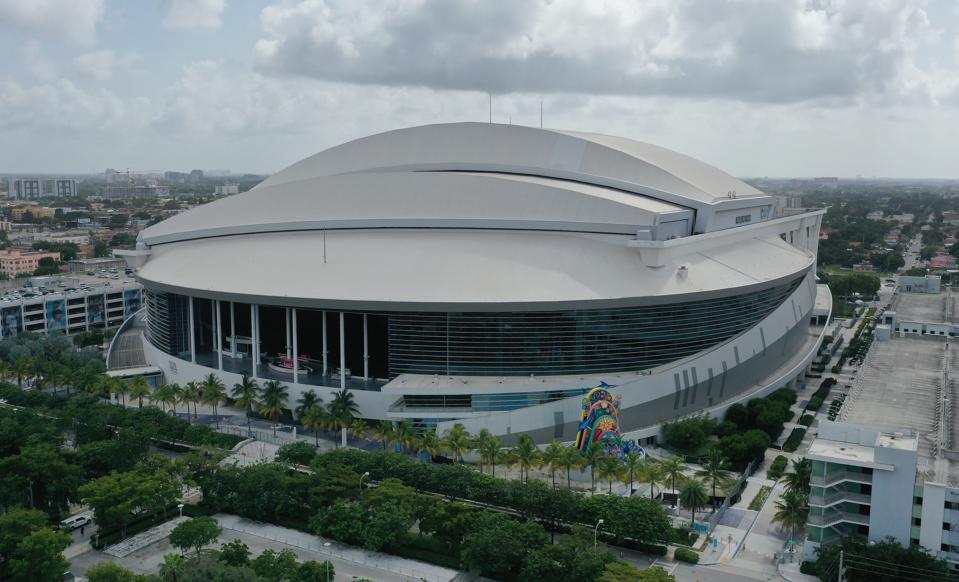 Coronavirus outbreaks within the Miami Marlins has sent the 2020 fantasy baseball season into a … [+] tailspin. Photo by Cliff Hawkins/Getty Images

Anyone who’s ever played or participated in fantasy sports knows that they have to adjust to injuries or whatever scenario is thrown their way. But this fantasy baseball season has been unprecedentedly unique amid the coronavirus pandemic and baseball’s decision to try and play a shortened season outside a bubble.

If you drafted any Miami Marlins player, you’ve lost more than a week in a seven-to-nine week fantasy campaign. You’re getting more IL spots in Yahoo leagues like the one I’m in, where a player like Cincinnati’s Mike Moustakas went on the COVID injured list without testing positive for the virus and Miami’s Miguel Rojas has been listed as day-to-day even though he’s reportedly one of a whopping 18 (!!!!) Marlins players who have tested positive. The likely reason is that Rojas hasn’t officially been placed on the IL, but it’s not exactly plausible for the Marlins to put more than half their team on the IL at once.

Of course, Miami’s coronavirus catastrophe has had ripple effects throughout the eastern divisions. The Philadephia Phillies haven’t played since losing to the Marlins last Sunday. That includes postponed games against the Yankees, who instead later played games against Baltimore after their Miami series this past week had to be pushed off. Philadelphia’s weekend series against the Blue Jays, who aren’t allowed to play in Toronto altogether, will be made up sometime in the future. Miami was supposed to play Washington this weekend, but the Nationals get the weekend off instead.

On Friday, MLB’s woes extended beyond the eastern divisions, with positive tests among St. Louis Cardinals players causing the postponement of their weekend series against the Milwaukee Brewers. And if you drafted Brewers outfielder Lorenzo Cain, who opted out of the season this weekend, you’re just SOL. With a 60-game schedule already packed into 67 games, baseball is going to try to make up for lost time with seven-inning doubleheaders. But it’s very likely that not every team is going to get to 60 games, even if there are no other positive tests the rest of the season, which chances are won’t happen.

So fantasy baseball owners basically have to hope and pray that players on their teams aren’t impacted by a player not just on their star’s team, but someone from a team in their geographic region that they may have played or are scheduled to play. If the baseball season gets canceled, which is reportedly possible, all the hours players put into this season would’ve been a waste of time.

The best fantasy players are certainly used to rolling with the punches, but not like this. And for fantasy baseball devotees like myself who’ve waited 10 months to play again, things just don’t feel the same.

5 Bubble Signs That Should Make You Cautious

Six Ways To Stay Healthy When You Go...

My Leap Forward In Technical Analysis