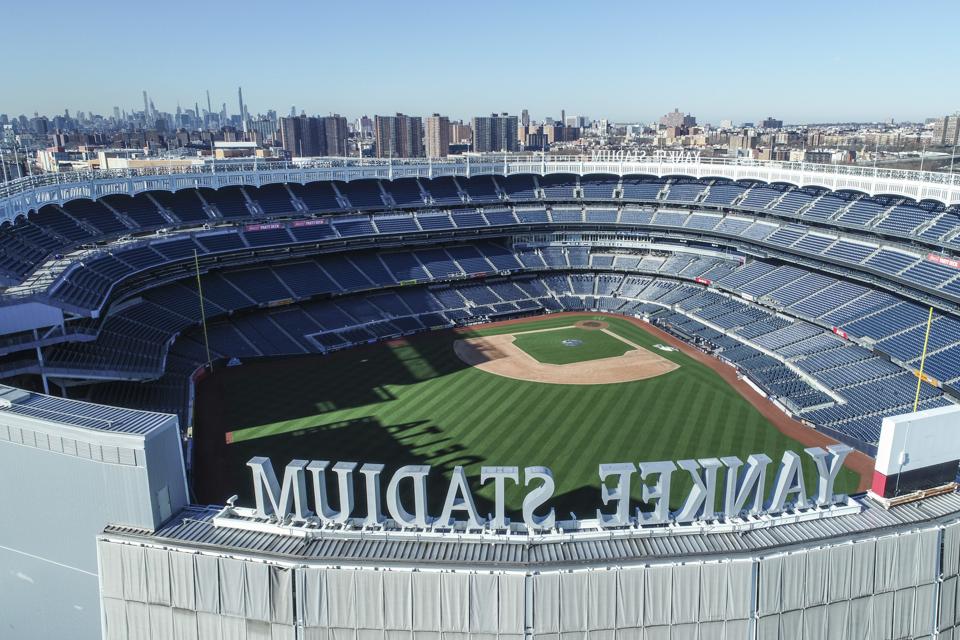 A summer without baseball? (John Woike/Samara Media via AP)

As with almost any player-league negotiations in sports, it is easy to cast the owners as the bad guys. That’s the common media narrative. After all, they are the fat-cat billionaires who sit in their air-conditioned luxury suites while the players do the work. Fans follow and love the players, even if many are multi-millionaires.

Both owners and players are interested in money. That hardly requires a defense. Most sports owners have some passion for the game, otherwise why get involved? On the flip side, they are also interested in making money along the way, otherwise, why not just give money to charitable causes rather than to rich athletes?

So, in the current negotiations with MLB players over a restart to the season, a boundary can be established as to how far owners will go, assuming that they do not want to take a loss. Some may argue that for the good of the game or the country, the owners should bite the bullet in the current situation, and forget about money. Well, maybe, but that’s not likely to be a realistic scenario.

I decided to examine the current proposals by the owners and players in terms of where they stand of meeting a financial minimum condition of generating a little bit of profit. I’m keeping things simple by looking at figures near an average. As a useful FanGraphs article explains, there are differing incentives among the owners based on salary structure and other financial considerations. I’m also going to round things off for teams around the middle of revenue earners such as the Texas Rangers or Seattle Mariners.

Starting from Forbes’ estimates of operating incomes, a mid-range team would earn around $340 million in revenue (net of debt payments) with an estimated operating income (profit) of about $60 million, so expenses would be $280 million. Player salaries make up about $150 million of expenses so other expenses (excluding debt) would be $130 million.

The owners proposal of an 82-game season would cut revenue from gate receipts and stadium revenues. Using Fortune’s estimate of $78 per fan per game and an attendance of 2 million for a full season, a season without fans means about $150 million in lost revenues. Media revenues would fall. Baseball Reference puts these at $210 million per team in 2018 (I’m ignoring revenue sharing since I’m looking at the average). A reduction by would put these revenues at $105 million. Expenses would also fall. Let say that with a 50-50 revenue split as proposed by the owners, player salaries fell by one-half to $75 million along with a $120 million drop in other expenses (allowing for $10 million in unavoidable, non-debt expenses). In total, this would lead to a break-even outcome with zero profit: $340m – lost revenue ($150m +$105m) – expenses ($75m + $10m).

There is some wiggle room in these numbers. Fixed, non-debt expenses might be less than the $10 million I’ve used. Media revenues might not drop by one-half, depending on viewership after a restart and how the league and their media partners work things out. It would also differ considerably by team based on salary structure, debt obligations, and other fixed expenses. I’m also going on the assumption of no live attendance. If that gets, adjusted in some way, then these numbers could change by quite a bit.

These figures provide a “ballpark” estimate of the rock-bottom limit to what the owners might find acceptable. With the 82-game season, players would need to take something in the 40% to 50% range of a pay cut . With a 114-game season, the pay cut falls to 20%. Extending the season, say by 15 games would imply something in the 30% pay cut range.

That is the negotiating space in terms of financial viability for the owners. The actual revenue and expense will almost certainly diverge from these some, even for an “average” team. Also, owners with more sunk costs in terms of debt payments or other items might be willing to go forward with less salary concession.

But, unless the actual financial outcomes diverge a lot from these, they indicate that some substantial salary concessions on the part of the players are likely to be necessary to get the owners on board. Stepping aside from the more detailed figures, it isn’t hard to see. Whether 50% or 70% of the regular season is played, revenues are going to be down by something in the neighborhood of 30% or more. With current profitability for an average team running in the 10% to 20% range, the loss of that much revenue without a reduction in the largest expense (player salaries) profitability isn’t possible without going into the red.

Yes, the players are the ones taking the health risks, so pushing for something larger than a 50-50 revenue split is understandable, but pushing for a zero salary reduction is untenable, at least from a financial perspective. It would have to rely heavily on the owners fear for what cancelling the season might do to future revenues.

Given my estimates, it isn’t surprising that the owners haven’t responded to the MLBPA’s proposal. They see the idea of changing some salary timing but with zero salary reductions in the face of big revenue shortfalls as a non-proposal. My inclination is that the players will eventually give some on the salary reduction side, and maybe the owners add a few more games. Players don’t want to lose a whole year of pay, and owners don’t want to cancel a season. But I wouldn’t be shocked if no deal is reached. Many players, especially many veterans who have been judicious in spending, are financially secure or have access to credit lines that can help tie them over.

The Pandemic Should Have Been Edtech’s Moment To Shine. So Far, It Hasn’t Been.

Wind Power At The Crossroads

Payton Vs. Jordan? ‘The Last Dance’ Ignored The...

Elizabeth Warren Is Public Enemy No. 1 for...

Dan Snyder’s Hiring Of Ron Rivera Is An...