Breaking
U.S. House Passes Bill To Create First Crypto...
Top 3 Lessons For Financial Independence
The Ultimate Guide to Saving Money
Lights, Camera, Action—Is There A Post-Covid Future For...
7 Ways to Reduce Human Errors in Your...
How ‘Couples Therapy’ Used Technology To Cope With...
Can You Settle Your Student Loans Or Negotiate...
7 Best Practice PR Tips For Your Next...
How to Use Amazon Attribution For Ad Campaigns
What are the Makings of a High-Quality Link?
How To Quickly Start And Scale Your Business
Terra Virtua: What NFTs Can Teach Us About...
5 Easy Steps To Prepare Content For E-A-T...
Physical Inactivity Linked To More Severe Covid-19 Infection...
The 2021 Estimated Tax Dilemma: What Tax-Return Pros...
Want To Digitally Transform Your Business? Start With...
Home Technology MLB The Show 20 Patch 1.07 Notes: The Latest Update Addresses Baserunning
Technology 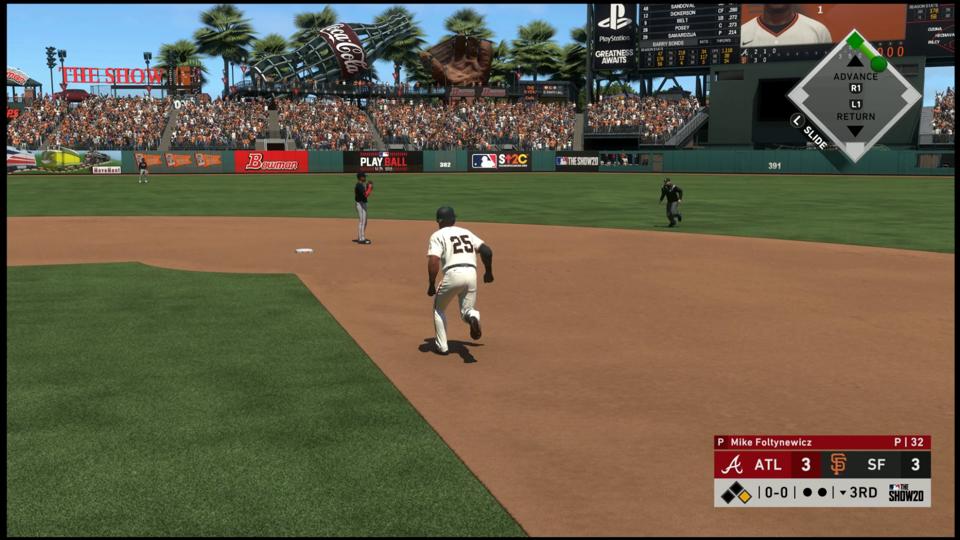 The updates for MLB The Show 20 keep rolling in, but the latest one is very small and only addresses one area of the game. Baserunning was the primary target as The Show Nation shares the two bullet points.

These days, even the slightest adjustment generates another update, but it’s better than the era of gaming when consumers were stuck with the limitations of the cartridge and were forced to find their own workarounds.

This update comes on the heels of a much larger one that addressed several areas of the game. That update, which was the sixth since the game released on March 17, was hit the PS4 on April 1.

For now, MLB The Show 20 has free reign over a booming sports video game landscape. The COVID-19-created stay-at-home orders across the country has gaming on the rise.

Sony San Diego Studios has long been known as a developer committed to producing a clean experience for its fans, but that takes on a greater significance with so many of their customers leaning on the product to keep them occupied during a difficult time.

Also, the highly acclaimed Super Mega Baseball series is set to launch the third version of the game this month. The franchise has been good since its inception and seems to improve with each release.

Some portion of baseball fans may be drawn to that title once it is released. Sony is doing its best to ensure its game remains the No. 1 choice on PlayStation 4 for all or most baseball gamers.

7 Female Founders Whose Online Businesses Are Booming In These Times