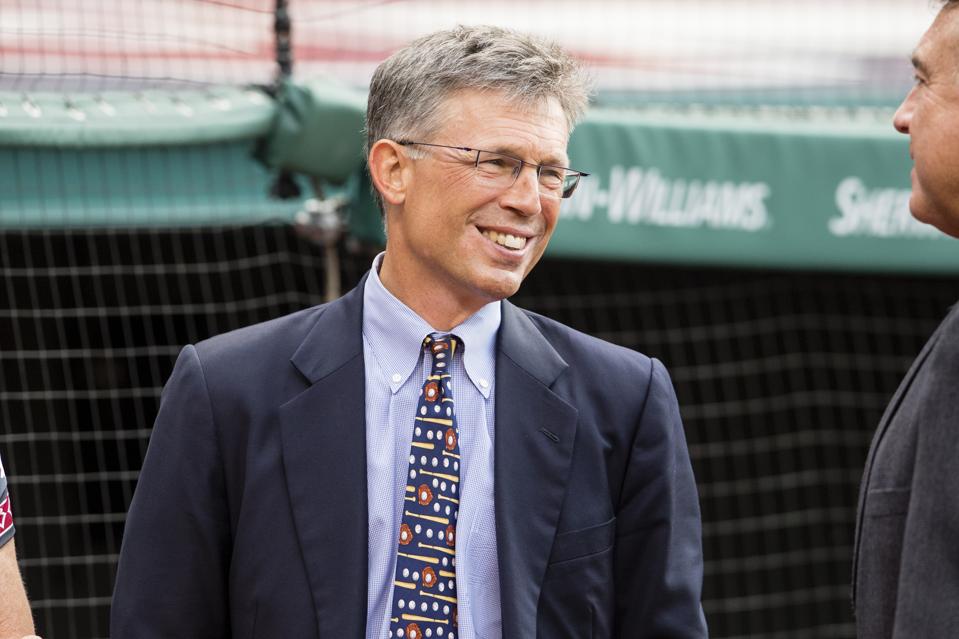 Cleveland Indians fans are getting restless. Many are angry. They are watching helplessly as the team is once again reducing the player payroll.

The Dolan Family Trust purchased the Cleveland Indians for $323M from Richard Jacobs on January 19, 2000.

Cleveland won the American League Central Division in 2018 with 91 wins. In 2019 ownership cut the payroll. Even with a reduced player payroll, the team won 93 games last season, but missed the playoffs. So far this offseason, payroll has been cut once again, from an estimated $124M to an estimated $97M.

Now, deep into this offseason, Indians fans are upset with the lack of any impact player additions from either the free agent market or trades. Fans point to reduced payrolls in consecutive seasons when the window of opportunity to win a World Series was, and may still be open.

The Cleveland Indians have not won a World Series since 1948.

Attendance in Cleveland has dropped from 2.05 million in 2017 to 1.93 million in 2018 to 1.74 million last season. To be fair, Major League Baseball has seen an alarming drop in attendance over the past few years.

It is estimated attendance revenue for Cleveland totaled $58M.

Ownership of the Indians under Paul Dolan can certainly argue their attendance does not warrant payroll increases. That, coupled with an estimated comparatively low $40M in local television rights fees give Dolan an easy argument for cutting payroll.

It should be noted that television ratings for Cleveland games are among the highest in baseball. The local rights fees just don’t seem to square with the viewership.

For the Dolan family, ownership of the Indians is their primary source of income. Unlike many other MLB owners, Paul Dolan isn’t the CEO of another company or industry.

Regardless of how one looks at the money involved with the team, Cleveland Indians ownership has alienated many fans with repeated references to the team losing money every year. Ownership also brings up the smaller market size and dwindling Greater Cleveland population as reasons for cutting payroll. In general, fans don’t buy it. They are well aware of the various revenue streams in baseball.

When speaking publicly about signing All Star Francisco Lindor to a contract extension, Paul Dolan advised fans to “Enjoy him. We control him for three more years. Enjoy him and then we’ll see what happens.” For those comments, Dolan earned plenty of negative feedback. Instead of encouraging fans that the team will continue to try everything possible to sign Lindor, Dolan gave the impression that signing him would be hopeless. “Enjoy him while you have him” isn’t what Indians fans want to hear.

At Tribe Fest, Lindor indicated his main goal is to win. “I’m not money driven, I’m championship driven.” But he wants to be paid fairly. Lindor is well aware of the money other clubs have spent on premiere players.

He doesn’t sound jealous, he just wants to be paid in accordance with his value.

Complicating matters for the Dolan family is the incredible progress of their state rival Cincinnati Reds. The Reds are making bold, expensive moves to improve their fate and future.

The Reds have spent $166M on free agents this offseason.

Division rival Minnesota signed third baseman Josh Donaldson to a four-year contract worth $92M. Donaldson played for Cleveland in late 2018. The Indians did not choose to sign Donaldson to an extension at that time. As a free agent, he signed with Atlanta for the 2019 season.

He joins Nomar Mazara, who was obtained by the White Sox in trade to help strengthen their offensive production. They also signed former Indians slugger Edwin Encarnacion, who was traded in the third year of his three-year Cleveland contract.

Fans concerns are well placed. Their concerns are real. They know the team greatly needs a powerful right-handed hitting outfielder. They don’t believe cutting $44M of payroll in two years is the way to win.

So far this offseason, Cleveland has traded Corey Kluber and his $18.5M salary to Texas for outfielder Delino DeShields Jr. and pitcher Emmanuel Clase. DeShields Jr. makes $1.875M. Clase will make less than $600,000. Some of Kluber’s money was spent on second baseman Cesar Hernandez, who will be paid $6.25M on his one-year contract.

It can’t be forgotten that second baseman Jason Kipnis is now off the payroll as well. He made close to $15M before leaving as a free agent. Danny Salazar, an injured pitcher who tried to return last year but was unsuccessful, made $4.5M. And there are other departed Cleveland players and their salaries that likely fit in the overall financial equation.

Paul Dolan recently won a Lifetime Achievement Award at the Greater Cleveland Sports Awards dinner. It was well deserved. Dolan and the rest of his family have been outstanding community citizens shepherding the franchise with class and dignity in civic matters.

While fans admire the Dolan family for their community contributions, they wonder how the team will compete as other clubs in their division gain strength with increasing team payrolls?

Cleveland’s baseball fans should be careful what they wish for. Indians fans may have issues with Mr. Dolan, but they probably unanimously prefer his ownership to that of Cleveland Browns owner Jimmy Haslam. Haslam has spent a boatload of money while creating an unstable, frenetic and chaotic Browns team environment since he was awarded the franchise.

The Cleveland Indians front office has done masterful work balancing the needs and requirements of a winning baseball team with a payroll that has been repeatedly reduced.

The Dolan Family Trust may not see a return on their investment until they sell the club.

Until then, fans are clamoring for new additions to help the team climb through a window that may slam shut if impact player reinforcements are not forthcoming.

Ride-Hailing, Car-Sharing And More: Do Southeast Asian Mobility Startups Have The Right Moves?

Pandemic, Plastics And The Continuing Quest For Sustainability