Breaking
ESBC Major Updates: Tons Of Heavyweight Greats Added...
5 On-Demand Courses To Help Develop Your Leadership...
How to Run Nonprofit Marketing Ads
Entrepreneurs Are Bringing Transparency To Home Buying And...
Best Incentive To Get Vaccinated: Money, Messaging, Or...
Page Level Query Analysis at Scale with Google...
How A CIO Can Align IT With Business...
Blogger of the Month: Jo, Girl Eats World
6 Things Women In Business Know That Men...
How to Use First-Party Data for Ad Personalization
Pressing Reset—Putting A Fallen Unicorn Back On Its...
How We Went Viral: Promoting Content with Influencers,...
Blame Olympic Record Price Tag For Return To...
Apple iOS 14.5 Release: Should You Upgrade?
How to Come up with Podcast Topics and...
Why Gaming Gear Company Razer Launched A $50...
Home Technology Most Of Canada’s Recent New Cases Of COVID-19 Are Linked To The U.S.
Technology

Most Of Canada’s Recent New Cases Of COVID-19 Are Linked To The U.S. 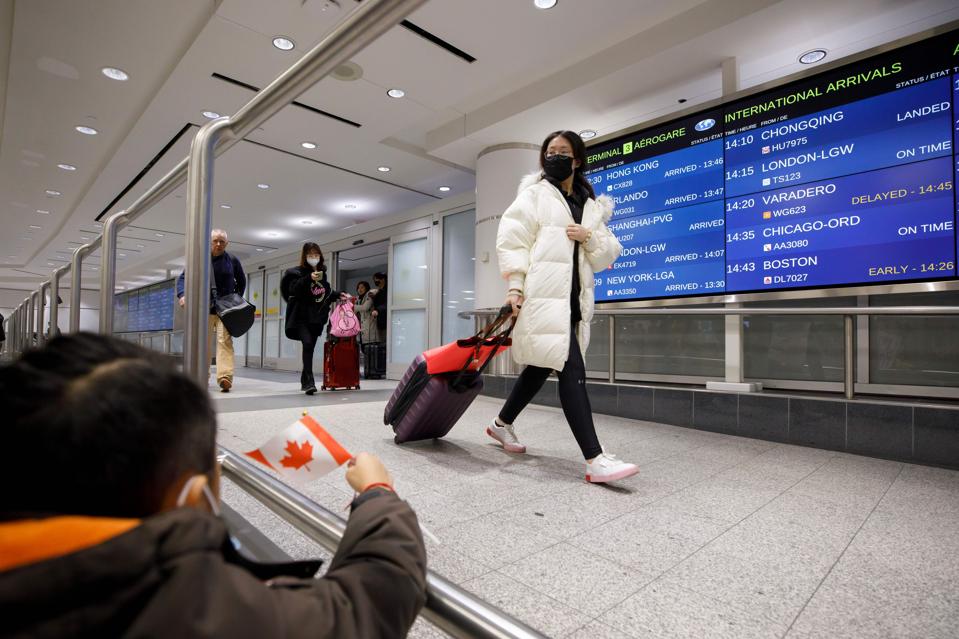 As the CDC tries to grapple with outbreaks of COVID-19 amid a shortage of testing kits and 15 deaths from the virus so far, cases thought to have been acquired in the U.S. are now cropping up in Canada.

Canada was one of the first countries outside of China to report cases of COVID-19, reporting its first case on January 25th in a man who had recently traveled to Wuhan, but so far the country has not seen the kind of larger outbreaks that have affected thousands of people in countries like Italy, South Korea and Iran. The most recent statistics from the government of Canada website as of yesterday (March 5th) says that the country has 45 confirmed COVID-19 cases, with reports that this has risen to 51 as of Friday.

But, this may be about to change as the country is increasingly reporting cases of COVID-19 thought to have been acquired in the U.S. On Thursday, the province of Ontario, home to Canada’s largest City, Toronto and 39% of Canada’s entire population reported four new cases, three of which had links to recent travel to the U.S. and one in a person who had recently traveled to Iran.

Two of the new cases in Ontario were from people who had recently returned from a trip on the Grand Princess cruise ship, sailing out of San Francisco and returning on 21st February. Two people who were on the same cruise have since died, with one of the passengers having confirmed COVID-19. Testing for the disease is underway on samples from the other deceased person. The ship remains quarantined off the coast of California while tests on passengers and crew are evaluated. The Canadian government is offering assistance to those still on board the ship and attempting to track down the 260 Canadians who were on the same cruise as those now known to be infected. The western province of Alberta also reported its first presumptive case of COVID-19 in a person from Calgary who also recently returned from the Grand Princess.

The other case in Ontario was confirmed to be from a man who had recently traveled to Las Vegas for a conference. He reportedly used the Toronto public transit system for several days before being diagnosed.

The province of British Columbia, which borders Washington State, the epicenter of the worst U.S. outbreak so far, had tested over 1,000 people as of the end of February, with 21 confirmed cases. One 80-year old woman from Washington State, who came across the border to visit family is currently in a critical condition in the Vancouver coastal health area and yesterday the province confirmed Canada’s first community-acquired case of the virus in someone who has no known travel history to affected areas or interactions with people known to have COVID-19.

Canada has yet to report a death from COVID-19.