My Chemical Romance Sells Out North American Tour In 6 Hours 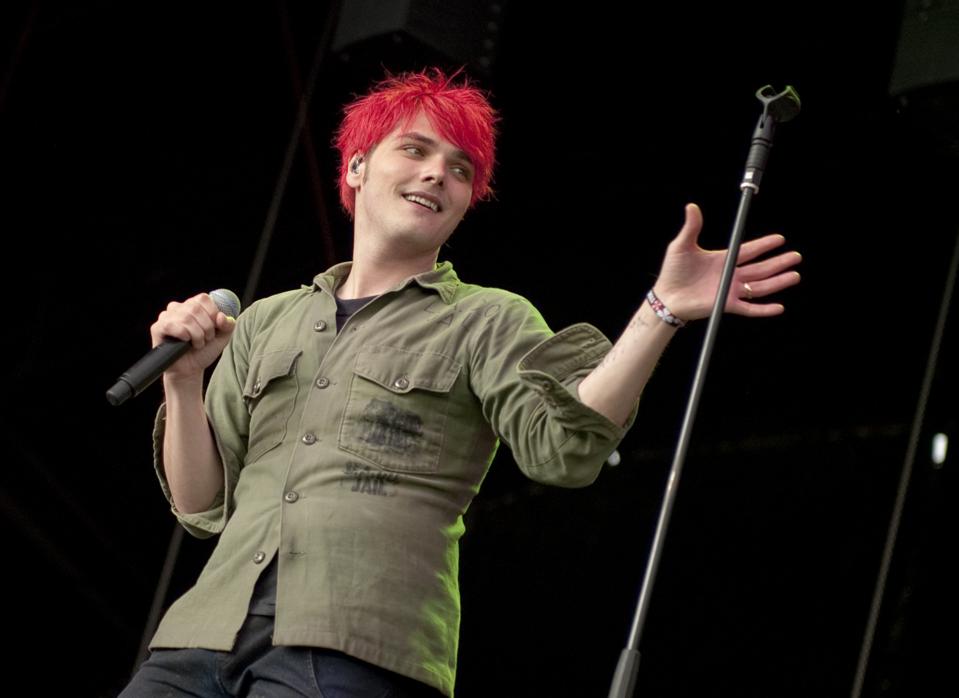 KINROSS, UNITED KINGDOM – JULY 10: My Chemical Romance lead singer Gerard Way performs on stage … [+] during the 3rd day of T In The Park Festival 2011 at Balado on July 10, 2011 in Kinross, United Kingdom. (Photo by Ross Gilmore/Redferns)

It’s official: My Chemical Romance fans’ wallets are not okay. The band announced that their arena tour throughout North America sold out in six hours with 228,600 tickets sold — and that’s with the two additional dates at The Forum in Los Angeles.

The upcoming trek will mark the group’s first Stateside tour in nine years, and they announced the tour dates on Jan. 29 with a 13-minute short film featuring music composed by Ray Toro and Jamie Muhoberac.

“Ticketmaster” trended worldwide on Twitter for a couple of hours amid freezing pages and jacked-up resale prices. Fans directed their ire to the ticketing site after sitting in queues behind as many as 2,000 people at a time.

Frank Iero posted about the significance of returning to his home-state venue after 13 years. “The first and only time mychem played the Prudential Center in Newark was in 2007 when we were asked by the mighty @bonjovi (😘) to open their series of shows christening the venue,” he wrote in an Instagram caption. “it was the first concert ever held there, and since we opened the show… well, technically we were the first band to ever play there (thanks Jon! sorry). Now it’s 2020, 13 years later and my friends and i are back to headline the Rock, our hometown arena located less than 7 miles from the house i grew up in, and the current stomping ground of the @njdevils it really is a dream come true, i couldn’t make this shit up if i tried!”

Amid the high demand for their return, it’s unclear if the emo legends are planning to release new music. But a track called “An Offering” started showing up on Shazam after they teased an instrumental in a video.

MCR will play a slew of international dates in Australia, New Zealand, and the U.K., and they’ve already sold out several of their European dates. A fourth show at The Forum will go on sale on February 1.

Check out the updated list of tour dates below.

The East’s Unusual Winter Warmth Will Continue Right Into February

Whirlpool Proves U.S. Growth Is Here And Stocks Are A Buy

The Smart Office Revolution Is Here, Because Smart...

Dayot Upamecano: Will Bayern Munich Go For The...