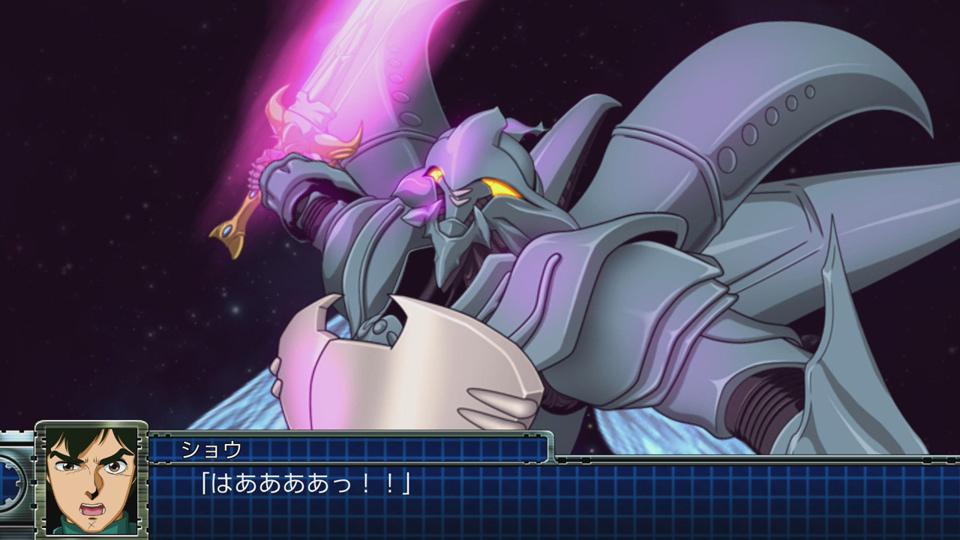 Yet again, this has been a fantastic year for Japanese games and the Switch has continued to dominate, but the PlayStation 4 has definitely regained some ground. There have also been a fair few remasters and remakes this year as well but overall there has been a lot of great games to play.

As always, the following is just my opinion based on the games I have played over the course of this year and it is by no means definitive. If you feel that I have missed anything out, then please understand that these are just my personal preferences. 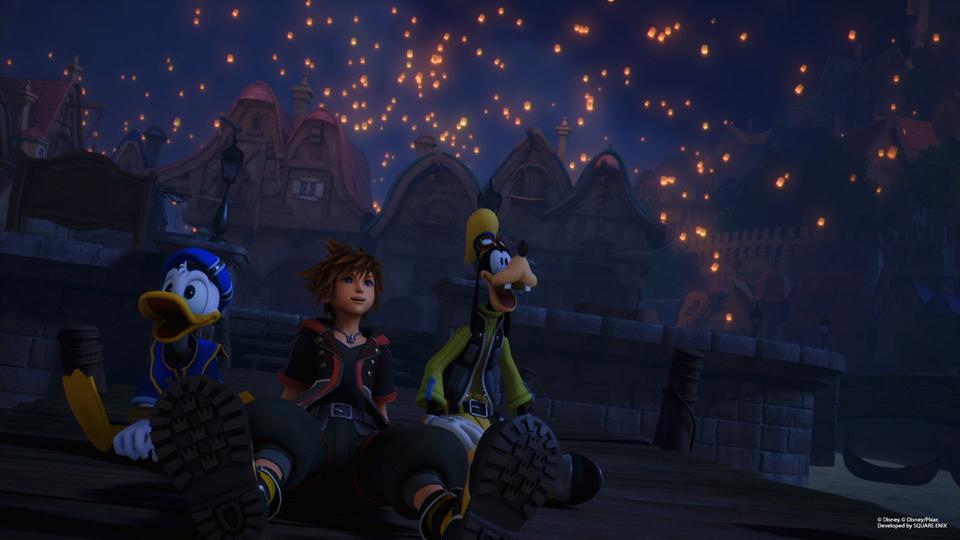 Despite the confusing story, ‘Kingdom Hearts III’ was a lot of fun to play.

It took forever to get released but the wait was worth it. The game itself was a lot of fun to play but like previous Kingdom Hearts games, this installment still couldn’t figure out what kind of game it wanted to be. The story was also still all over the place and incredibly confusing. However, it ended up a very compelling game despite all of that. 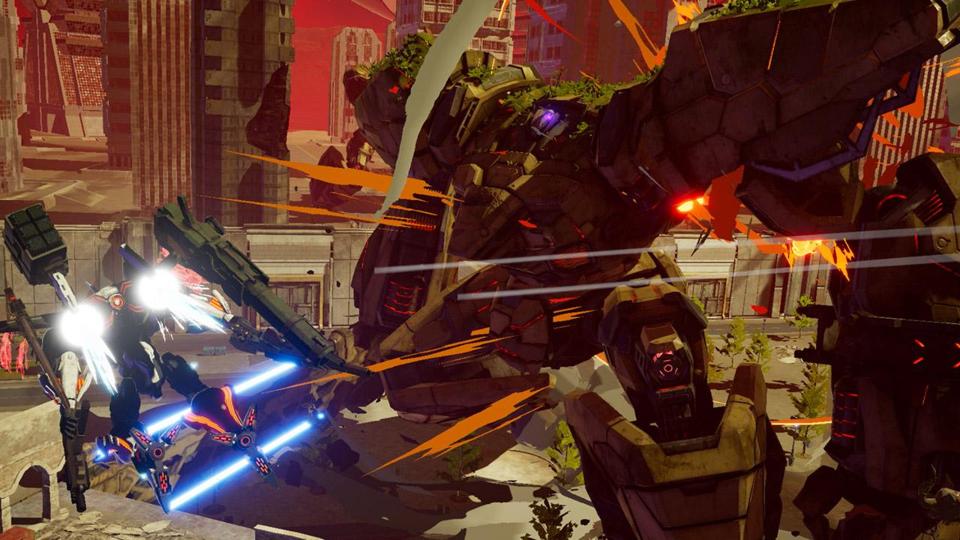 In many ways a spiritual successor to the Armored Core games. With mecha designs by Shoji Kawamori and produced by Kenichiro Tsukuda, this was a solid mecha game that worked very well on the Switch. In the time since I reviewed the game, there have been all manner of free updates and DLC that add units as well as whole new modes to the game. This received mixed reviews elsewhere but like the Armored Core games, this is not meant for casual players. 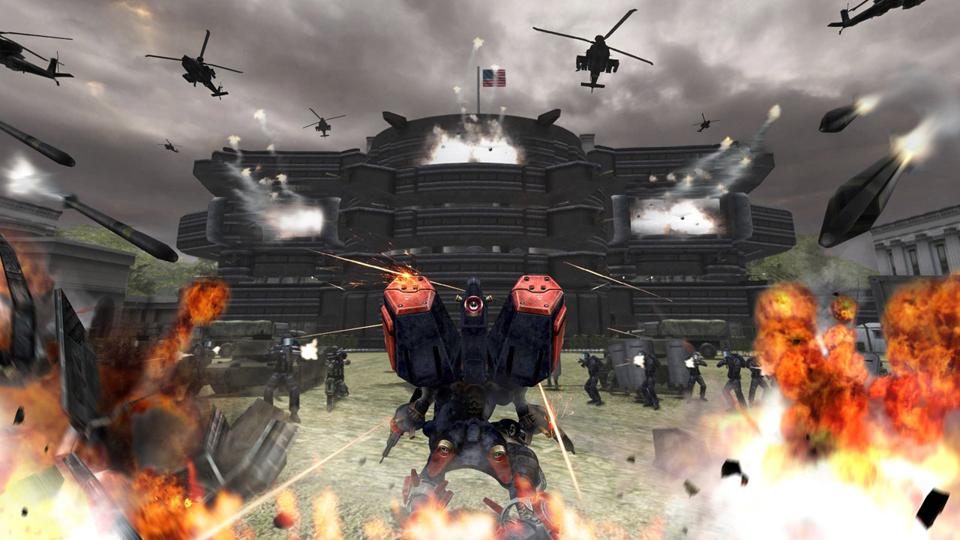 ‘Metal Wolf Chaos XD’ was a decent remaster of the classic Xbox game.

One of the best mecha games on the original Xbox, it sadly never saw a Western release. However, this new XD remaster is nicely done and finally brings the game to eager fans who have waited a very long time to play the game. Taking on the mantle of the President of the United States of America, you have to survive a coup d’état in your custom power armor. The game’s setting is obviously quite silly, but the gameplay is excellent. 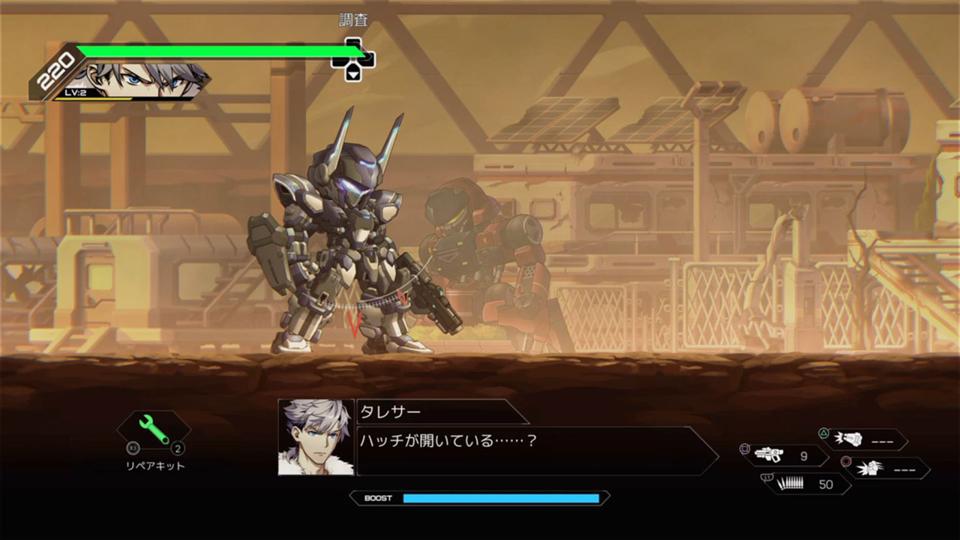 Yes, I know. This is not actually a Japanese game, as it was developed by a Chinese studio called RocketPunch Games. That said it features an extensive Japanese voice-over, leverages decades of Japanese mecha games and it was published by Arc System Works in Japan. Moreover, the whole premise of the game was to bring the super deformed mecha designs from series like Super Robot Wars into an action game. In many ways this feels like a modern take on classic 2D side-scrolling mecha shooters like Assault Suits Valken. There’s a real love for mecha in this game too and it plays very well indeed. 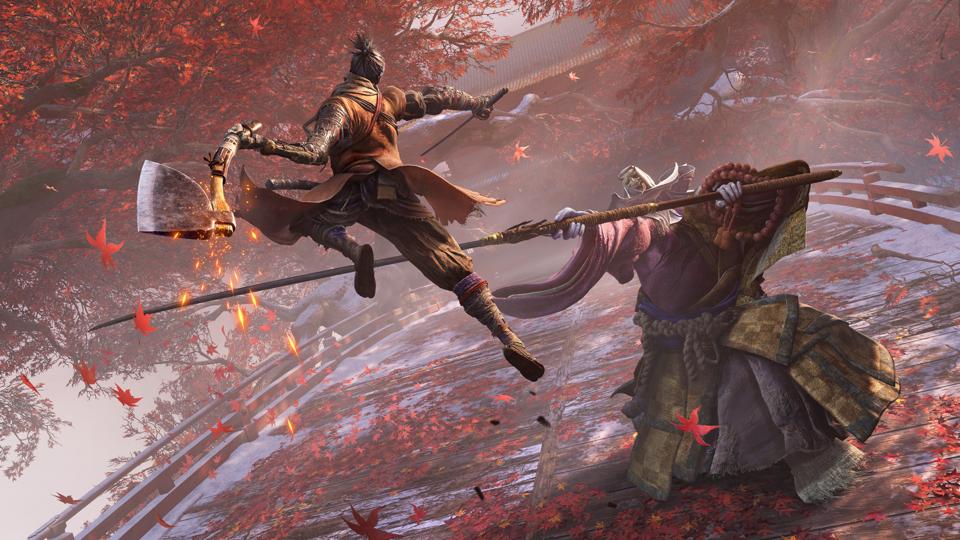 Much like Erik Kain, I really enjoyed this new game from FromSoftware when it was released earlier this year. While many were quick to compare it to the various Souls games, it has more in common with the Tenchu series really. In that combat is more decisive and stealth can often play an important part. Not to mention that you play as a shinobi. There are also hallmarks of Bushido Blade here, as you try and find openings for your attack and the fact you can kill enemies with a single blow. Anyway, this is a refreshingly technical game and definitely worth a look. 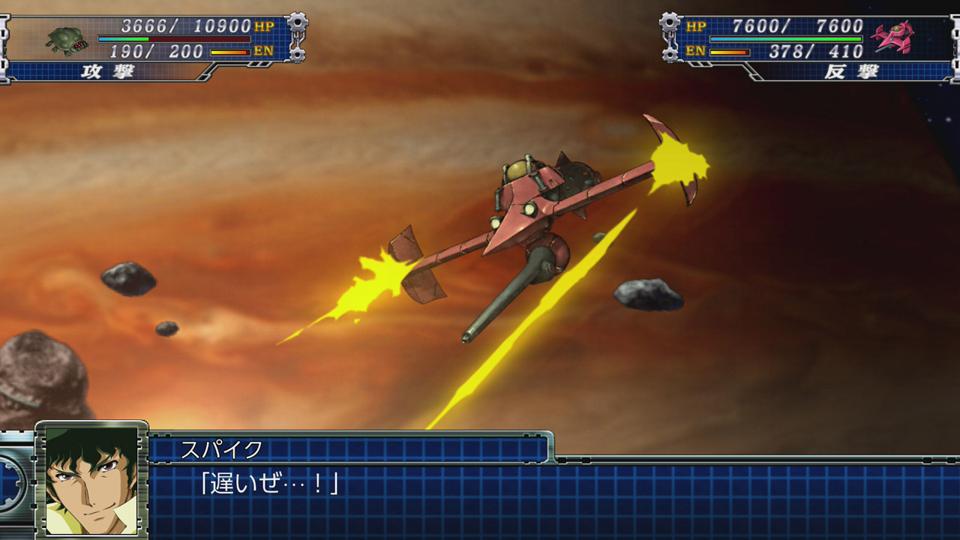 This was the first Super Robot Wars game to come to the Switch and it did so brilliantly. Not only did the game feature Cowboy Bebop, a first for the series, but also had an impressive line-up of other mecha anime tie-ins. What made this entry especially stand out was down to much of the back end improvements and helpful messaging on when you have a guaranteed kill for each of your attacks. As this is also available in Asia in English, you should pick this up if you are into intricate tactical role-playing games. 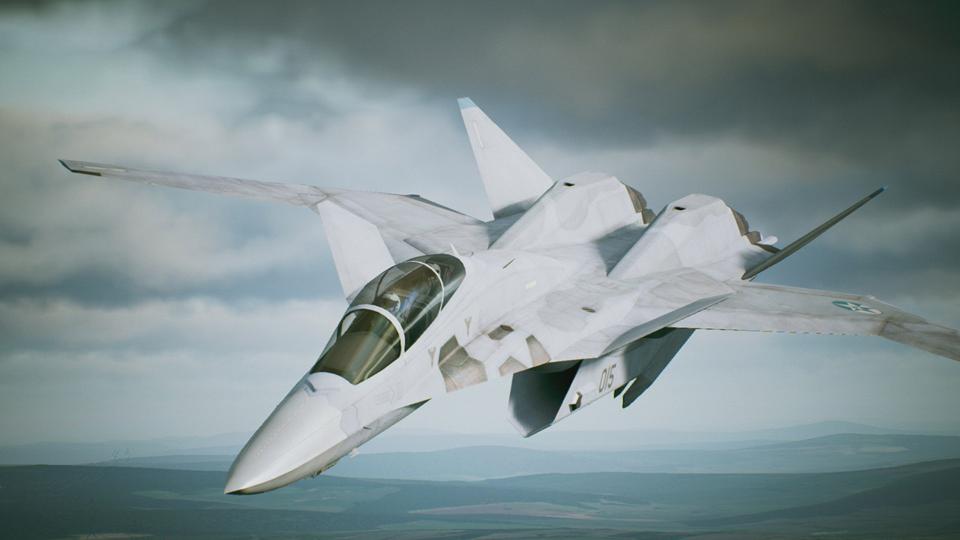 The X-02S Strike Wyvern in ‘Ace Combat 7’ is a complete monster of a machine.

It took a while but Ace Combat 7 was finally released this year and the game was gloriously good with it. Returning to the Strangereal setting of the prior games, the missions were involved and suitably varied with it. The Ace Combat games have always managed to tread the line between arcade and simulation sensibilities and the result here is a proper flight combat game. It even has an excellent VR mode on the PlayStation 4, which is almost worth getting PlayStation VR for. 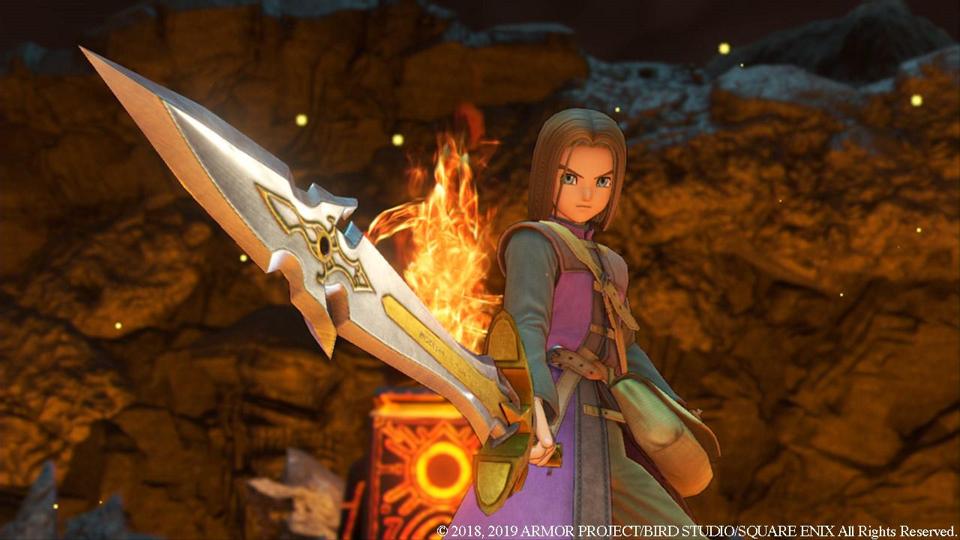 ‘Dragon Quest XI’ is even better on the Switch.

With the previous PlayStation 4 and PC releases being entirely brilliant, the updated Switch version added all manner of new content, as well as the 2D mode from the original 3DS version (that was never released outside of Japan). This is pretty much the ultimate edition of the game as well, so if you missed out the first time around then you should definitely grab this version instead. It is still one of the best role-playing games I have ever played

2. The Legend of Zelda: Link’s Awakening 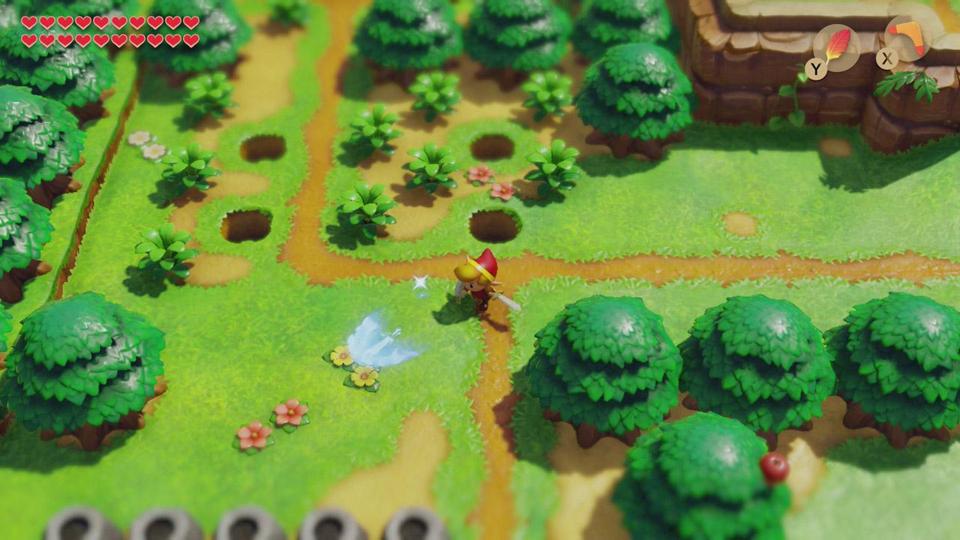 A faultless remake of the best ‘Zelda’ game ever made.

My favorite Zelda game was given an epic remake this year. From the delightfully cute artstyle and music, to some shrewd functional improvements over the original Game Boy version. What makes this game so special is just how focused and lean it is, from the level design to the gameplay. This is by far the best Zelda game ever made. 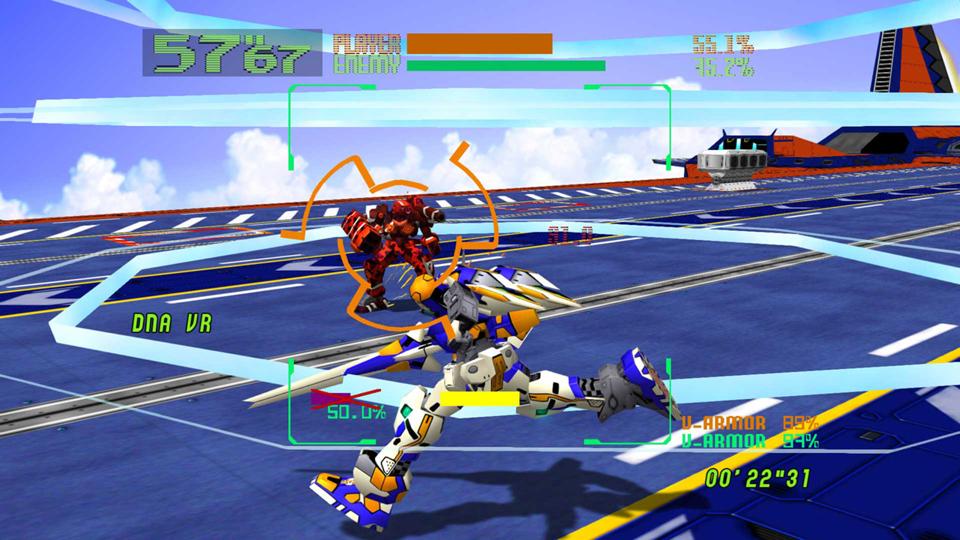 An amazing collection of some of the best mecha games out there.

This is a remastered collection containing the original Virtual On, Virtual On Oratorio Tangram and Virtual On Force on the PlayStation 4. Moreover, each of these games support online multiplayer. While these are technically ports of the PlayStation 3 and Xbox 360 remasters, having them all available again in one collection on the PlayStation 4 is just amazing really. The only minor downside is that the Tanita made TwinStick controller is very hard to come by. Considering how good and influential these games are, especially the first two, it is easily my best game release of the year.

Again, these are just my personal preferences based on the games I played this year. I missed out a few other releases, such as Pokémon Sword and Shield, which I enjoyed quite a bit. But overall, these are the games are had the most fun with.

If you are wondering why Death Stranding isn’t included here, that’s because I found it quite tedious and dull. While the game itself was well made, I just didn’t enjoy playing it.

I also omitted Dragon Quest Builders 2 because it was another letdown for me. Considering how focused the first game was, the sequel was just way too long and a massive grind in parts as well.

Those few games aside, this year was a great one for Japanese games and I am already looking forward to plenty of new releases in the coming year as well.

Antimatter Mystery Likely Due To Pulsars, Not Dark Matter