Breaking
Parrot Plumage Color May Be Linked To Body...
Recent Precious Metals Dip A Buying Opportunity
Looking For Venture Capital? Here’s How One 50+...
Growing Your Retirement Money Using 401(k) Dollar-Cost Averaging
Wellness Exec Abby Miller Levy Partners With Venture...
Microsoft Teams Issues Strike To Zoom With Tidal...
What’s Coming For The S&P 500 In October
4 Ways You Can Showcase Empathy With Your...
A $22,000 Microsoft Surface Will Soon Be For...
Zooming In – Should SMEs Invest In The...
iOS 14: The Surprising Security Risk Of Sharing...
How A Break From Lord Sugar Changed The...
Sunday’s Google Doodle Is Actually About Google
Office Of The Comptroller Of The Currency Chief...
Source Code For Multiple Windows Operating Systems Publicly...
Why Forgettable Pfizer Really Is A Great Value...
Home Business N.Y. Lawsuit To Dissolve NRA Targets Troubled Gun Group Once Seen As Unstoppable
Business 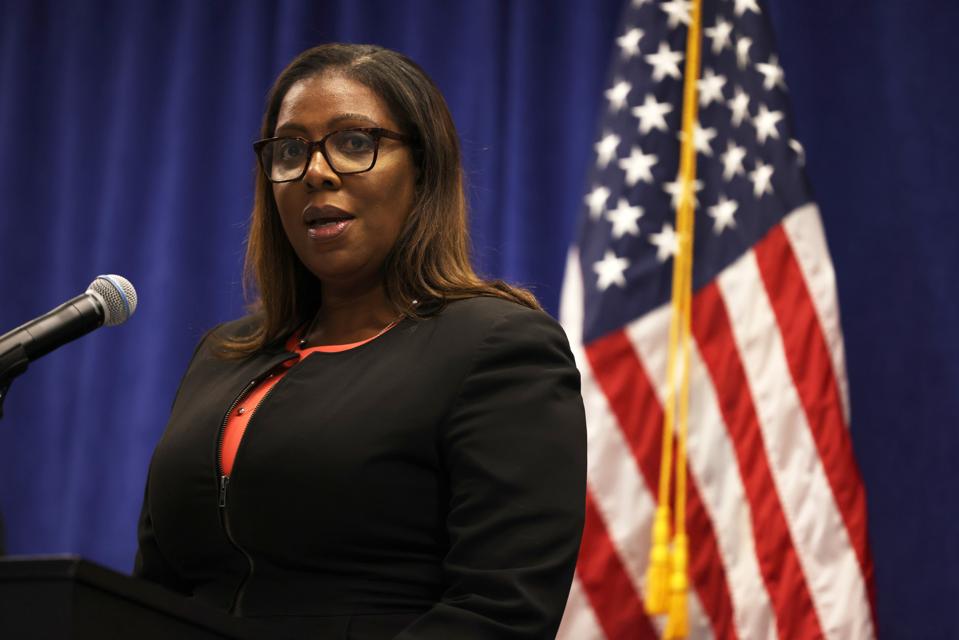 The civil complaint highlights how much has changed for the NRA. The pro-gun non-profit organization was once seen as invulnerable in its quest to fight gun control. But over the last year it’s been reeling over accusations of financial mismanagement by its top leaders.

“Seeking dissolution of an organization that has become a shadow of its former self economically and politically in the past few years seems like punching at air,” said Prof. Jeffrey Fagan of Columbia Law School, an expert on gun control. “It’s not exactly justice to its membership if the claims of embezzlement of their membership dues and contributions are true.”

But Fagan wondered why the attorney general filed a civil lawsuit instead of criminal charges, considering the seriousness of her accusations.

“If she’s accusing them of fraud, why not pursue this as a criminal case and seek a criminal penalty?” said Fagan. “Why not prosecute LaPierre, since he’s the focal point of the investigation?”

The complaint details allegations of use of NRA funds for LaPierre’s family trips to the Bahamas, private jets and expensive meals, and accepting expensive gifts including the use of a yacht and an African safari. LaPierre is one of the most outspoken and visible gun advocates in America, and has served as a mouthpiece for the NRA for decades.

“The NYAG’s actions are an affront to democracy and freedom,” said LaPierre, in a statement provided by an NRA spokesman. “This is an unconstitutional, premeditated attack aiming to dismantle and destroy the NRA – the fiercest defender of America’s freedom at the ballot box for decades. The NRA is well governed, financially solvent, and committed to good governance. We’re ready for the fight. Bring it on.” 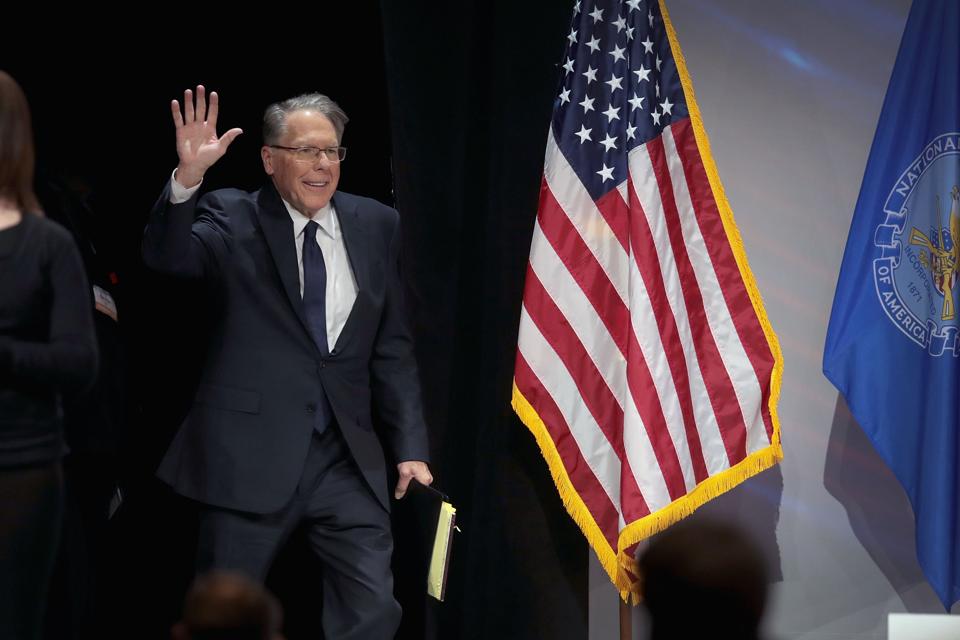 INDIANAPOLIS, INDIANA – APRIL 27: Wayne LaPierre, NRA vice president and CEO, attends the NRA … [+] annual meeting of members at the 148th NRA Annual Meetings & Exhibits on April 27, 2019 in Indianapolis, Indiana. A statement was read at the meeting announcing that NRA president Oliver North, whose seat at the head table remained empty at the event, would not serve another term. There have been recent reports of tension between LaPierre and North, with North citing financial impropriety within the organization. (Photo by Scott Olson/Getty Images)

The lawsuit also names Chief Financial Officer Wilson “Woody” Phillips, former Chief of Staff and Executive Director of General Operations Joshua Powell, and Corporate Secretary and General Counsel John Frazer. The attorney general accuses the defendants of instituting “a culture of self-dealing, mismanagement, and negligent oversight at the NRA that was illegal, oppressive and fraudulent.”

The NRA, a 149-year-old organization based in Fairfax, Va., denied the accusations.

“This was a baseless, premeditated attack on our organization and the Second Amendment freedoms it fights to defend,” says NRA President Carolyn Meadows, in a statement provide by an NRA spokeswoman. She called the lawsuit a “power grab by a political opportunist.”

“You could have set your watch by it: the investigation was going to reach its crescendo as we move into the 2020 election cycle,” said Meadows. “It’s a transparent attempt to score political points and attack the leading voice in opposition to the leftist agenda.”

The NRA endorsed Donald Trump for president in 2016 at its annual conference, held that year in Louisville, Kentucky, just a few months before the election that propelled him to the White House. President Trump is now running for re-election, and Election Day is fast approaching.

The press office of the New York Attorney General did not immediately respond to an email from Forbes asking about the NRA’s accusation of a politically motivated “attack.”

The NRA is the most powerful pro-gun organization in America, but its long-held reputation of political invincibility came under a dark cloud last year as stories emerged about the lavish spending of top leadership.

“Even casual observers of the NRA have seen it turn from a safety-focused non-profit into a front group for gun manufacturers and a personal piggy bank for its leadership,” said John Feinblatt, president of Everytown for Gun Safety, an organization that advocates gun control. “Everytown has been warning regulators and the public about this corruption for years.”

Gun advocates are circling the wagons ahead of Election Day, concerned that a Democratic president could revive gun control. Trump, who obtained a hard-to-get New York City handgun permit in the 1980s, has loyally backed gun ownership and the gun industry in recent years, though it hasn’t always been this way. In his 2000 book “The America We Deserve,” he said, “I generally oppose gun control, but I support the ban on assault weapons and I also support a slightly longer waiting period to purchase a gun.”

Also, in an interview he once referred to the FBI using “AK-27s,” which do not exist. If he wa referring to AK-47s, they are among the most popular guns in the world, and they are not used by federal agents.

The NSSF, the gun industry group, came to the NRA’s defense. “NSSF is deeply concerned about the apparent political agenda to silence the strongest voice in support of the Second Amendment ahead of the election in November,” said NSSF spokesman Mark Oliva in an email to Forbes. He said the Attorney General shouldn’t punish millions of NRA members “based on mere allegations of possible wrongdoing by a few individuals.”

Sales of guns and also ammunition have been on the rise in recent months, fueled by fears of the pandemic and civil unrest, even as much of the economy is tanking, with an historic plunge of 33% in gross domestic product and millions of workers losing their jobs.