Breaking
What You And Your RTO Business Need To...
4 SEO Trends for Websites You Should Not...
3 Reasons Why Desk Booking Is Rising In...
8 Tips to Play & Win at Online...
How can software benefit facility management?
Do Professional Casino Players Pay Taxes for the...
Becoming a Trading Expert: What Is the Best...
Dos and Don’ts for B2B Organisations in 2022
Should your business be using Machine Vision?
Colour Masterbatch vs Raw Pigments – Which Is...
Keeping your business moving as you expand online
Top Four Celebrities Who’ve Invested In Cryptocurrency
Why is Cloud Computing Tipped to be the...
How to Raise Money for Non-profit Organizations in...
Choosing the right theme for your WordPress Business...
A Guide to Using Celebrities to Promote Your...
Home Business Naomi Osaka Shares On Endorsements, Bodyarmor, Life Struggles And Cooking
Business 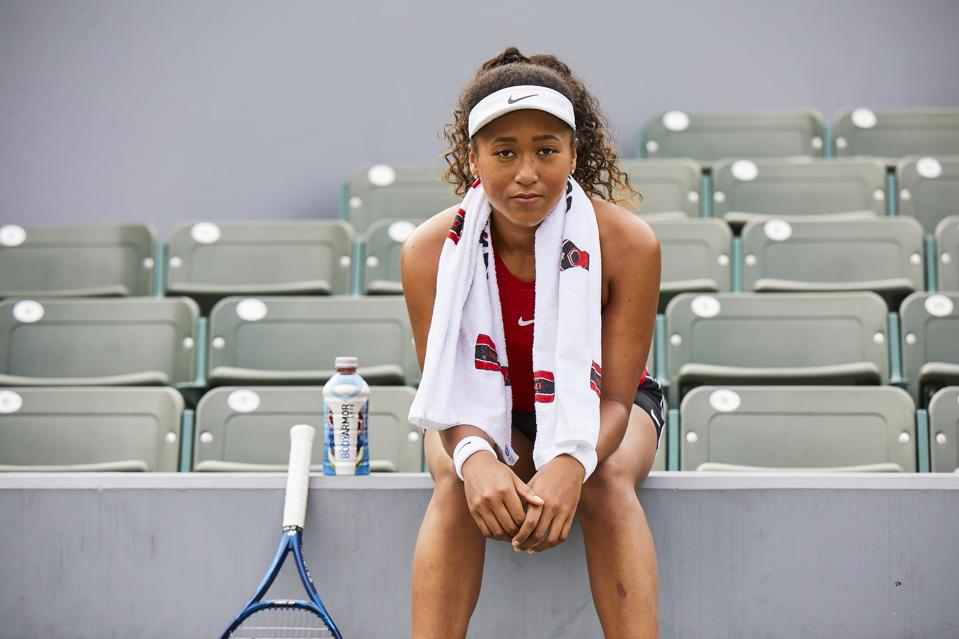 Naomi Osaka in her first major campaign for Bodyarmor, a company she has an ownership stake in.

It turns out Naomi Osaka makes a mean focaccia bread. The quality surprised even her. As Osaka tinkers with baking and cooking during the global pandemic, she’s also taken the time to focus on a variety of areas, everything from fighting her self-proclaimed shyness to the mental roadblocks of training without an end date in mind, with advice from Kobe Bryant.

And during it all, Osaka, one of the richest female athletes in the world, continues to build her sponsorship and endorsement portfolio. One of her most recent signings was a late 2019 deal with BODYARMOR. That deal has taken a public turn with BODYARMOR’s release of its Only You Can campaign featuring Osaka alongside James Harden, Mike Trout, Megan Rapinoe, Skylar Diggins-Smith, Dustin Johnson and Carlos Vela, voiced by actor Michael B. Jordan.

Having a summer-long campaign full of so many athletes fit Osaka’s interests perfectly. “I always look outside tennis to see how other athletes are training and conducting themselves,” she says. “It’s no secret that some of the athletes that I have looked to in shaping my career are non-tennis players. I’m a big basketball fan and what James Harden has done in the NBA over the last few years has been amazing. He’s definitely one of the most exciting players in the league, so being a part of this spot with him was really fun. I was also lucky enough to shoot this campaign on the same day as Skylar [before the pandemic], so we got to spend some quality time together. She is really down-to-earth, and we got along great.”

Over the last couple of years, since winning the U.S. Open in 2018 and Australian Open in 2019, Osaka’s endorsement portfolio has swelled to around a dozen companies. She looks at each brand as a partner, not a sponsor. “We are in it together and have each other’s backs,” she says. “It’s even more so the case with BODYARMOR where I’m actually part owner of the company, so it feels very much like a family and we are in this together.” 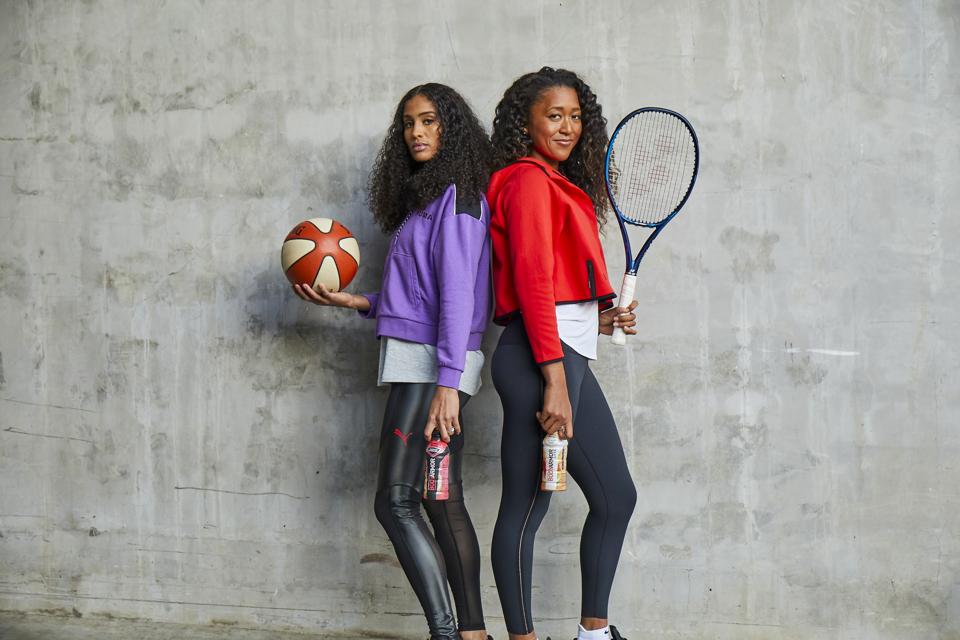 Naomi Osaka got to know basketball star Skylar Diggins-Smith while working on a BODYARMOR campaign.

One of the reasons Osaka wanted to work with BODYARMOR was because of her relationship with Bryant, an early investor in the brand. That connection has created a fuller relationship with the brand for Osaka. Following Bryant’s memorial ceremony at The Staples Center in February, Osaka went to lunch with Mike Repole, BODYARMOR founder and chairman. “It was a nice moment that reminded me that this is so much more than a partnership, it’s really a relationship based on friendship and respect and belief in the product,” she says.

When it comes to choosing the right deals, Osaka has a team around her helping filter opportunities before presenting them to her. She then asks herself if she is already using the product in her daily life, whether BODYARMOR, Nike, Yonex, Nissan, Citizen, Nissin and others, wanting to genuinely use or consume the products every day. For her, choosing the right product to partner with is about “brands I feel connected to either through organic use, culture or messaging.”

With the BODYARMOR campaign about hard work and making yourself better, as a tennis player often on an island of competition, she really relates to the concept. During this time of training and playing without an end date in hand, Osaka keeps in daily contact with her trainer and strength coach. “The main goal is to not burn out, so we are taking it day-by-day, but all looking forward to being back on the courts, but only when it’s safe to do so,” she says. “It’s definitely challenging mentally to not have a final date to be working toward. As athletes we get used to injuries cancellations and other roadblocks, but this is a different level altogether and something entirely new for all of us.”

When she does reach the court of competition again, she knows the “pressure I have is only pressure I put on myself. Similar to this campaign only you can make you better,” she says. “I learned so much from Kobe on dealing with pressure and I’ve loved watching The Last Dance recently as well, where (Michael) Jordan basically gives you the playbook.”

One challenge Osaka has recently opened up about is what she’s called “crippling shyness.” What is she doing to focus on being less shy? “You mean like this interview, right?” Osaka jokes. “I have been in the spotlight now for a few years and from a young age and often times for me that’s hard. When I am on the tennis court, I feel at home but when it comes to interacting, meeting new people, that’s not easy for me. As someone who everyone feels they ‘know,’ it also makes meeting new people hard. They know about me and my name before I know them. So, in those settings I am shy, but I have learned to feel more comfortable over the years. It’s something I will always work on and try not to be too hard on myself about. I’ve definitely made huge strides and have more confidence now than I ever have before.” 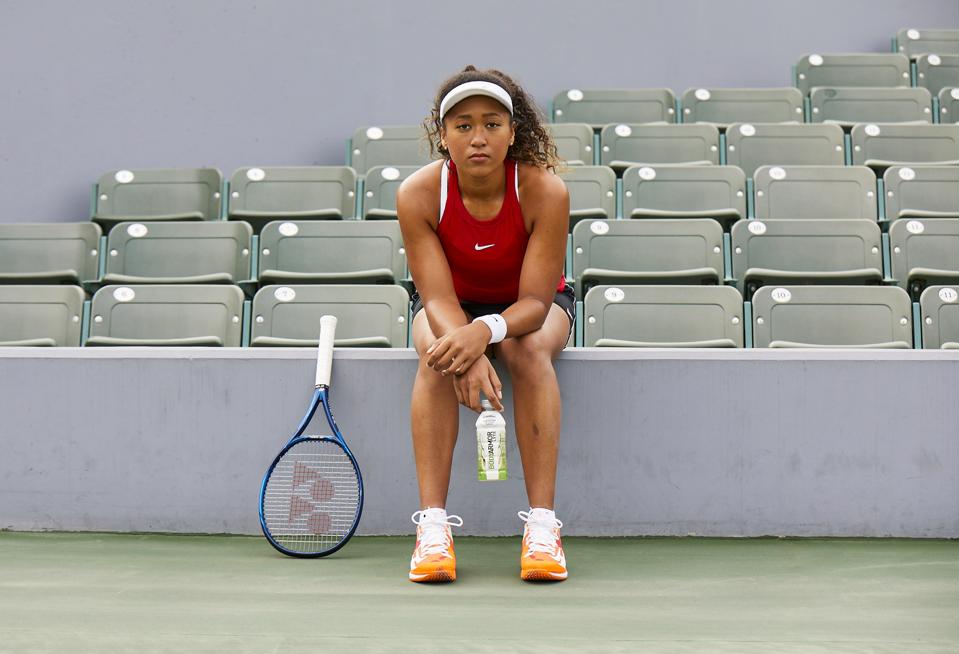 Naomi Osaka has opened up about real life.

Osaka says she understands that people are going to be interested in what she has to say if she is passionate about it. “The message will shine through even if you are shy or not as outspoken,” she says. “I also am glad people understand we all cannot be the same and while some people are more outspoken and others like me quieter, it doesn’t mean we don’t have a lot to say, we just say it in our own ways.”

One way Osaka is learning to say what she enjoys is through her skills in the kitchen. Without often having time to spend at home with family and her sister, she’s really enjoyed reading, drawing, exploring art and cooking for her family. “Now that I am home with family, I have people to cook for as well,” she says, “and apparently, I make a delicious focaccia bread, really good risotto and salmon bowls. The bread surprised us all the most.” Cooking is something she’s always enjoyed and now appreciates the time to really explore the craft. So much so, Osaka says she hopes to do more in the cooking space moving forward.

For now, Osaka will continue to focus on her partnerships, her tennis, her mental strength through it all and, of course, on that perfect risotto or focaccia.

Not Used To Remote Work? 15 Survival Tips From Business Leaders

Digging A Bit Deeper Into Alex Rowland Of NewTropic