Breaking
How To Get Your Startup Business Off The...
How To Create A COVID Safe Construction Site
How to Make a Good First Impression at...
Nvidia’s Stocks May Plunge 12% Following Its Deal...
Stoke Tank Empty? Check Out Social Media Celebs...
Ask Larry: What Happens To The Money Withheld...
How Far Will Tech Decline?
How AI Platforms Are Improving Talent Management In...
How To Stand Out When Clients Go Searching...
‘Decoding Porygon’: Steps And Rewards For Porygon Community...
US Postal Service Files A Patent For Voting...
7 Business Leaders Share Their Self-Care Secrets
Apple Boosts IPad Air Performance By 40%…And Other...
Biden Was Right. The Hispanic Market Is Incredibly...
Plan To Buy An Electric Car? Is A...
Covid-19 Death Toll In U.S. Passes 200,000
Apple iOS 14 Has 25 Great Secret Features
5 Decisions That Will Increase Your Chances Of...
Coronavirus Is Shaping Up To Be Very Bad...
Home Technology NASA Renamed Its Headquarters For ‘Hidden Figure’ Mary Jackson
Technology 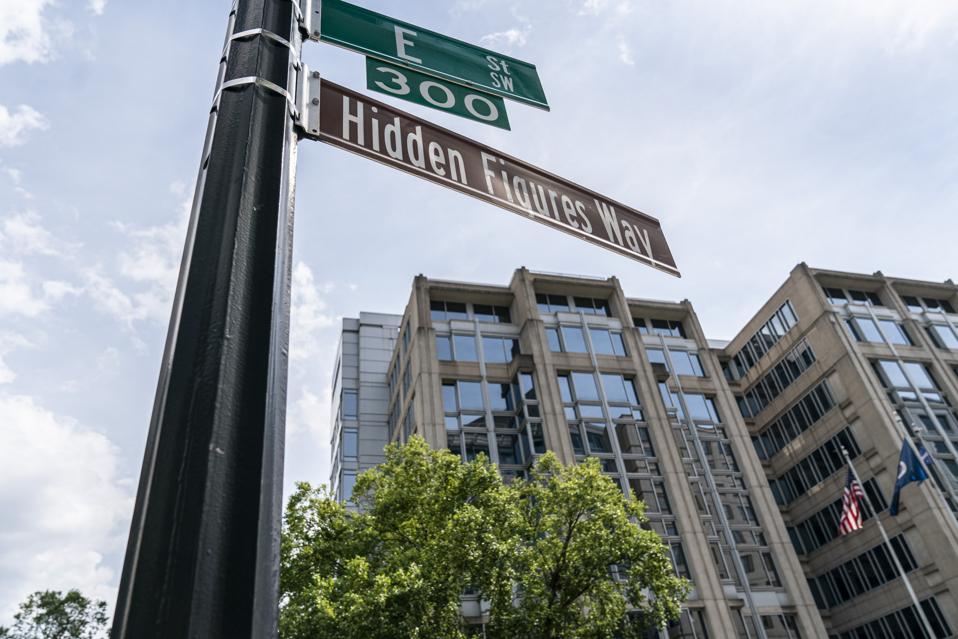 In 1951, a young woman from Hampton, Virginia joined the racially-segregated computing pool at the National Advisory Committee for Aeronautics – the agency that later became NASA. 70 years later, amid growing unrest over racial inequality and at the end of a historic month for American crewed spaceflight, NASA renamed its headquarters building in her honor. As of June 24, the Washington, D.C. building which houses the space agency’s leadership is officially the Mary W. Jackson NASA Headquarters.

“NASA facilities across the country are named after people who dedicated their lives to push the frontiers of the aerospace industry,” NASA Administrator Jim Bridenstine said in a statement to the press. “Mary W. Jackson was part of a group of very important women who helped NASA succeed in getting American astronauts into space.” 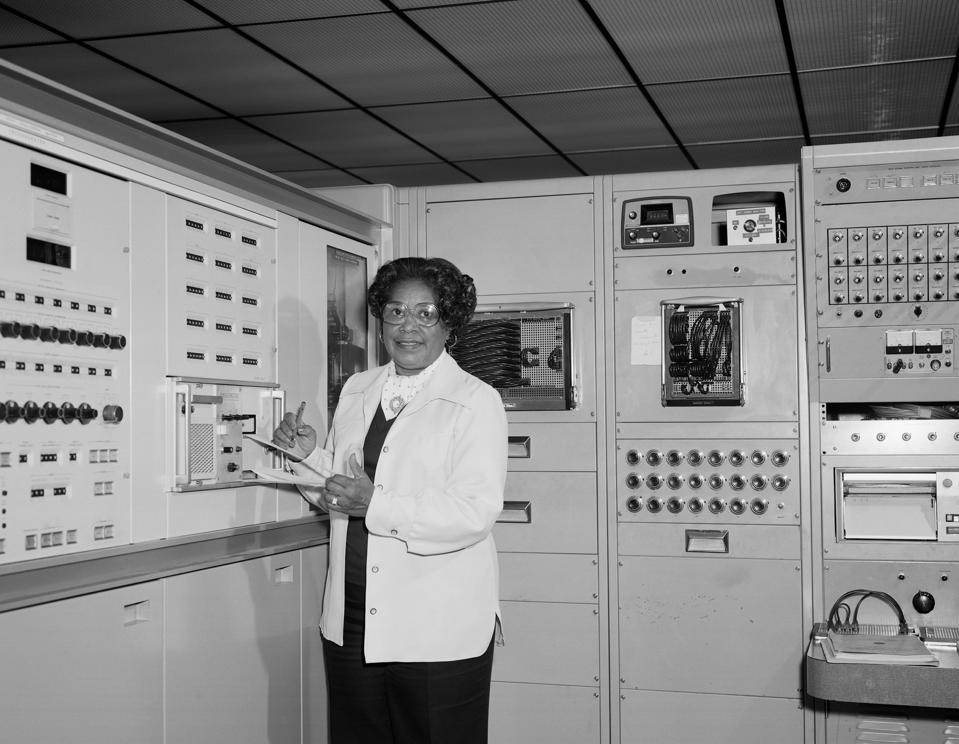 Breaking All Kinds Of Barriers

When Jackson (born Mary Winston) joined NACA in 1951, the agency’s Langley Research Center was segregated along strict racial lines. The black women of the West Area Computing Unit worked under the leadership of Dorothy Vaughan in a separate building from the white women of the east section, who had the same job titles and qualifications and did the same work.

And for the most part, the agency’s work was also divided by gender: male engineers did experiments, designed aircraft and rockets, and published their work for other engineers to read. Women with degrees in math and physics crunched the numbers for the engineers and got none of the credit.

“Mary [Jackson] never accepted the status quo,” said Bridenstine. “She helped break barriers and open opportunities for African Americans and women in the field of engineering and technology.” She started breaking barriers in a big way in 1958, the year NACA became NASA, by becoming the newly-renamed space agency’s first black female engineer.

Two years later, in 1960, her colleague Katherine Johnson also helped change the status quo by becoming the first woman at NASA to have her name on a published report, formally taking credit for her work. Johnson had joined West Area Computing in 1953, the same year Jackson transferred to work with engineer Kazimierz Czarnecki on the Supersonic Pressure Tunnel, which was every bit as cool as its name suggests.

Langley’s 122 cm (4 ft) wide wind tunnel used a 60,000 horsepower engine to blast aircraft models with wind nearly twice the speed of sound so engineers could watch what happened. The wind tunnel gave Jackson hands-on experience with the engineering experiments she’d spent two years doing the math for behind the scenes. Czarnecki, who had recruited Jackson especially for the wind tunnel team, encouraged her to take graduate courses and apply for a promotion from mathematician to engineer.

To accomplish that, Jackson had to navigate another racist hurdle. She had to ask the city of Hampton, Virginia, for permission to go to her classes. The University of Virginia held night classes in graduate-level math and physics at Hampton High School – but the high school was racially segregated. Jackson, who had grown up in Hampton and graduated from the local Hampton University in 1942, needed special permission to set foot in the high school’s classrooms, even after hours.

But despite that, in 1958, she became a full-fledged NASA aerospace engineer. For the next 20 years, she analyzed the data from wind tunnel experiments and test flights to learn more about how the layer of air closest to an aircraft behaves, and how that affects the aircraft’s flight. She authored at least 12 research reports. 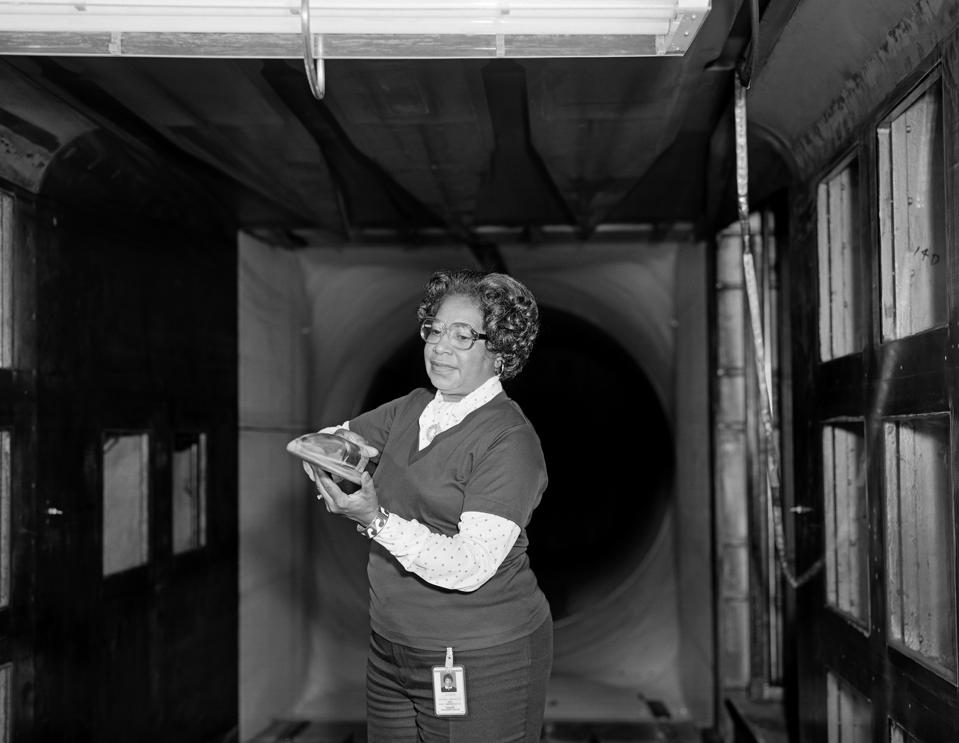 “We are honored that NASA continues to celebrate the legacy of our mother and grandmother Mary W. Jackson,” said Jackson’s daughter, Carolyn Lewis, in a statement to the press. “She was a scientist, humanitarian, wife, mother, and trailblazer who paved the way for thousands of others to succeed, not only at NASA, but throughout this nation.”

The 9-story, 606,000 square-foot building that now bears Jackson’s name is home to NASA’s administration and its four Mission Directorates: Aeronautics, Exploration Systems, Science, and Space Operations. It also houses the agency’s history office and archives, NASA TV production facilities, a lending library, and an auditorium. Until last week, it was known as Two Independence Square.

Although NASA has occupied the building since its construction in 1991, it’s never actually been owned by the agency. It’s under lease (the current term runs through 2028) and has changed hands a few times over the years. In 2017, South Korean investment firm Hana Asset Management – a subsidiary of South Korea’s largest financial group – bought the building for $360 million from Atlanta-based Piedmont Office Realty Trust, who had previously bought it from Boston Properties for $216.2 million.

NASA’s renaming of its headquarters follows a 2019 Congressional act which named the section of E Street SW in front of the building “Hidden Figures Way” in honor of Jackson, Johnson, Vaughan, and their colleagues at West Computing. The act passed with bipartisan support, and Bridenstine called it “a reminder that Mary [Jackson] is one of many incredible and talented professionals in NASA’s history who contributed to this agency’s success.”

Jackson posthumously received the Congressional Gold Medal the same year, alongside Vaughan, Johnson, and Christine Darden under the Hidden Figures Congressional Gold Medal Act. The wave of recognition for Jackson and her colleagues has come in part thanks to the 2016 book Hidden Figures, by Margot Lee Shetterly, which became a movie the same year. But Bridenstine says it’s part of a larger shift at NASA in the U.S.

“The nation is beginning to awaken to the greater need to honor the full diversity of people who helped pioneer our great nation,” he said. “We know there are many other people of color and diverse backgrounds who have contributed to our success.”

That’s the work Jackson spent the last few six years of her NASA career doing. By 1979, she’d advanced as far as she could as an engineer, so she took a transfer to manage the Federal Women’s Program and the Affirmative Action Program at Langley. Jackson worked to recruit, hire, and promote more women in math, engineering, and science positions at the agency – hoping to ensure that none of them had to face the same barriers she once did.

3 New Ways Artificial Intelligence Is Powering The Future Of Marketing