NASA Uncovers KELT-9b, A Big, Boiling And Bizarre Planet With Four Seasons And A 36-Hour Year 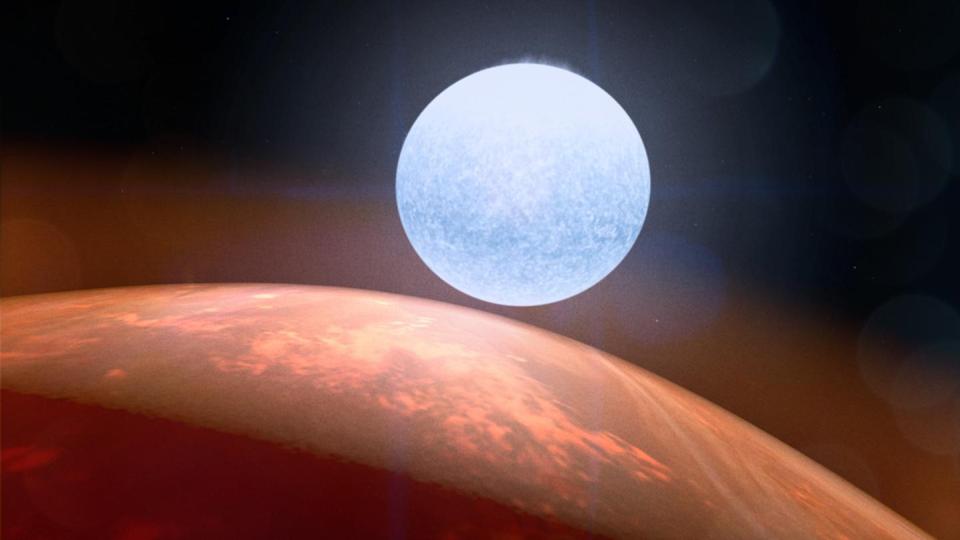 This illustration shows how planet KELT-9 b sees its host star.

One of the hottest and most bizarre planets known has been modeled by astronomers using measurements from NASA’s planet-hunting Transiting Exoplanet Survey Satellite (TESS) mission.

The previously-discovered planet, known as KELT-9 b and HD 195689 b, is about twice the size of Jupiter and has a dayside temperature that reaches around 7,800º Fahrenheit/4,300º Celsius, which is hotter than the surfaces of some stars.

It’s so big that it’s thought to be on the cusp between being a planet and a star.

It’s so hot that its atmosphere certainly boils away into space.

“The weirdness factor is high with KELT-9 b,” said John Ahlers, an astronomer at Universities Space Research Association in Columbia, Maryland, and NASA’s Goddard Space Flight Center in Greenbelt, Maryland. “It’s a giant planet in a very close, nearly polar orbit around a rapidly rotating star, and these features complicate our ability to understand the star and its effects on the planet.”

The scientists’ findings about KELT-9 b are published this week in The Astronomical Journal.

What and where is KELT-9 b?

It’s a (very) “hot Jupiter” giant planet orbiting a star about 670 light-years away.

If you’re anything like me, you’ll want to know where it is before learning much about it. Although it’s just outside naked eye visibility, it’s very close to the bright star Sadr at the center of the Northern Cross in the constellation Cygnus, the Swan. That’s easily seen in the northern hemisphere’s summer night skies—it’s high in the eastern sky come darkness.

The location of the star KELT-9/HD 195689—it’s very close to Sadr in the constellation of Cygnus.

What’s so bizarre about KELT-9 b?

It’s not just ultra-hot. Here’s what’s going on at KELT-9 b:

The star has hot poles and a cool equator, which means that during a single 36-hour orbit—a year—the planet KELT-9 b experiences two cycles of heating and cooling. That means a summer when the planet faces the star’s pole and a winter when it faces the star’s equator. The result is that KELT-9 b experiences two summers and two winters every 36 hours.

What do we know about the host star?

That oblate spheroid shape is something that has also been observed at the star Achernar in the constellation of Eridanus:

Model view of Achernar, based on the profile measured with the VLTI. Two different models are shown: … [+] in “A”, the polar axis is inclined 50° to the line-of-sight; in “B”, this angle is 90°.

What is ‘gravity darkening?’

It’s what’s going on in this star system, and what creates the seasons on KELT-9 b. The star’s rapid spin distorts the star’s shape, flattening it at the poles and widening its equator. This causes the star’s poles to heat up and brighten while its equatorial region cools and dims. This gravity darkening or gravity brightening is what’s really interesting to the scientists.

“Of the planetary systems that we’ve studied via gravity darkening, the effects on KELT-9 b are by far the most spectacular,” said Jason Barnes, a professor of physics at the University of Idaho and a co-author of the paper. “This work goes a long way toward unifying gravity darkening with other techniques that measure planetary alignment, which in the end we hope will tease out secrets about the formation and evolutionary history of planets around high-mass stars.” 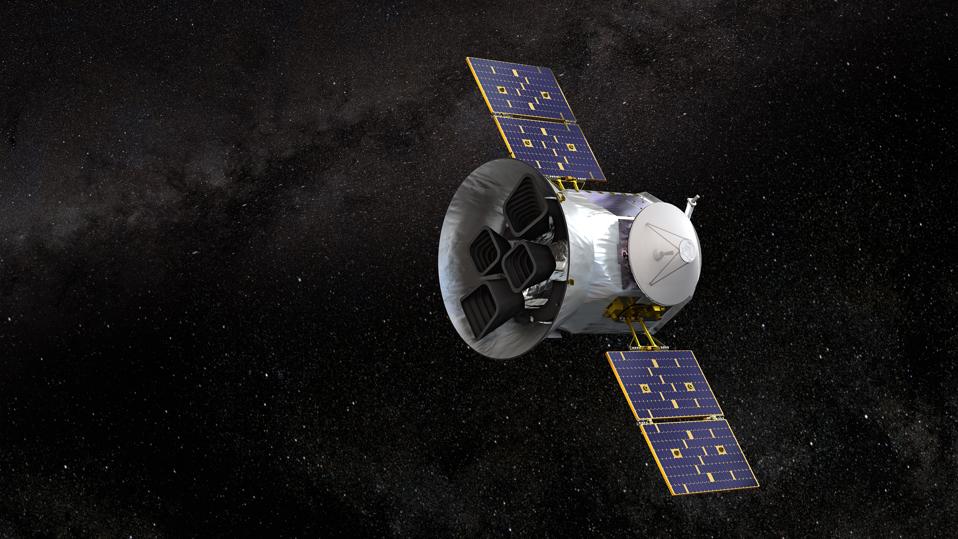 How do we know about KELT-9 b?

TESS finds planets by studying the brightness of stars using the transit method. Whenever a planet passes in front of its parent star, that star’s brightness dips ever so slightly. By taking measurements the presence of a star can be inferred. The transits of the planet KELT-9 b were first observed by the KELT transit survey, which collected observations from two robotic telescopes located in Arizona and South Africa.

However, TESS studied KELP-9 b between July and September last year and saw 27 transits of KELT-9 b, which allowed scientists to create a model of the star and its bizarre impact on the planet.

It’s more proof that the hunt for exoplanets doesn’t just have to be about the search for “another Earth” or an “Earth 2.0.”

Why You Should Create A Prototype For Your Startup App Idea