Breaking
Behind The Curtain—Chapter 11 From The Inside—Chapter 10—The...
Three Classic Ways To Get New Business
With Hope, Perseverance And Faith, Two Friends Are...
Exxon Mobil Shares Cross 10% Yield Mark
T-Mobile for Business BrandVoice: From Sci-Fi To Everyday...
How To Move Your Career Forward By Making...
A Conversation With Jill Houghton, President And CEO...
VW’s Electric ID.4 Lands In Q1 2021 With...
Would Biden Enact Broad Student Loan Forgiveness? These...
Why You Must Slay Your Mindset And Stop...
Surviving The Pandemic With Your Culture Intact: How...
The Disruption Of The Consulting Industry Is Here
Remote 101: How To Create Meaningful Connections For...
How To Reassess Your Finances To Align Your...
7 Things Every Entrepreneur Should Automate
Volkswagen’s Truck Unit Ties Up With TuSimple On...
Home Technology NASA’s New Probe Skims The Sun And Astronomers Are In Awe
Technology 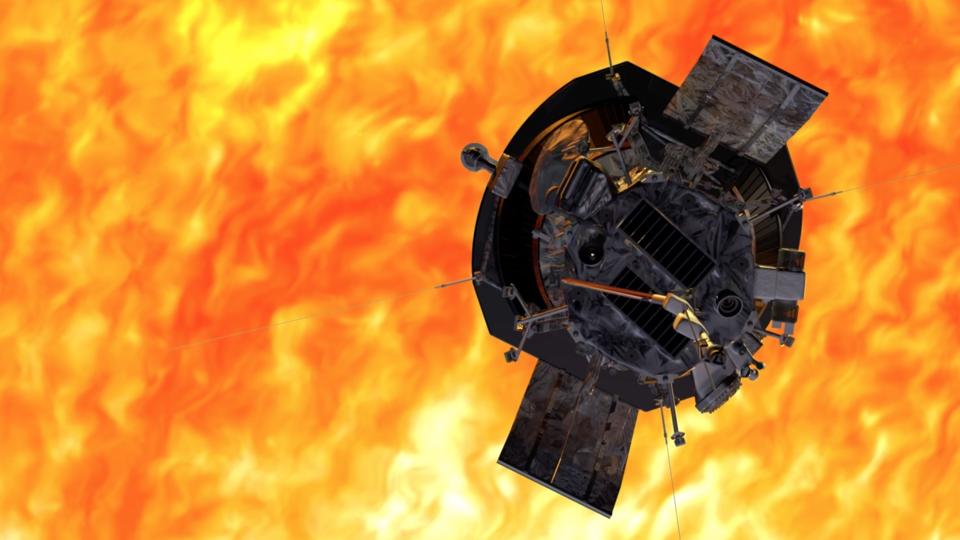 On August 12, 2018, a thundering Delta IV Heavy rocket leaped from its launch pad at Cape Canaveral, lifting a 1,500-pound probe into space. Unlike many such launches, the probe’s destination wasn’t somewhere deep in the cosmos, but rather it began a breakneck plunge to the center of the solar system to study the Sun – the source of energy that makes life on Earth possible.  Researchers have released the first scientific results from that successful day.

The Parker Solar Probe is robotic spacecraft designed to study the outer corona of the Sun by making a series of passes just above the Sun’s surface. At its closest approach, it will pass within four million miles of the Sun – a tenth of the distance separating the Sun and Mercury. Because of the harsh environment so close to the Sun, the probe does not tarry there for very long. Rather, it is in an elliptical orbit, which brings the probe repeatedly near the planet Venus. This planetary flyby has the added benefit that each time the probe passes through Venus’s gravity, it slows a bit, allowing the probe to pass ever closer to the Sun. The entire process will take several years to complete.

However, the Parker Solar Probe is now celebrating over a year of operations, and NASA has announced some preliminary findings from the first data – and these findings are very exciting. After three swings by the Sun, at an initial closest distance of about fourteen million miles, here’s what they’ve seen so far. 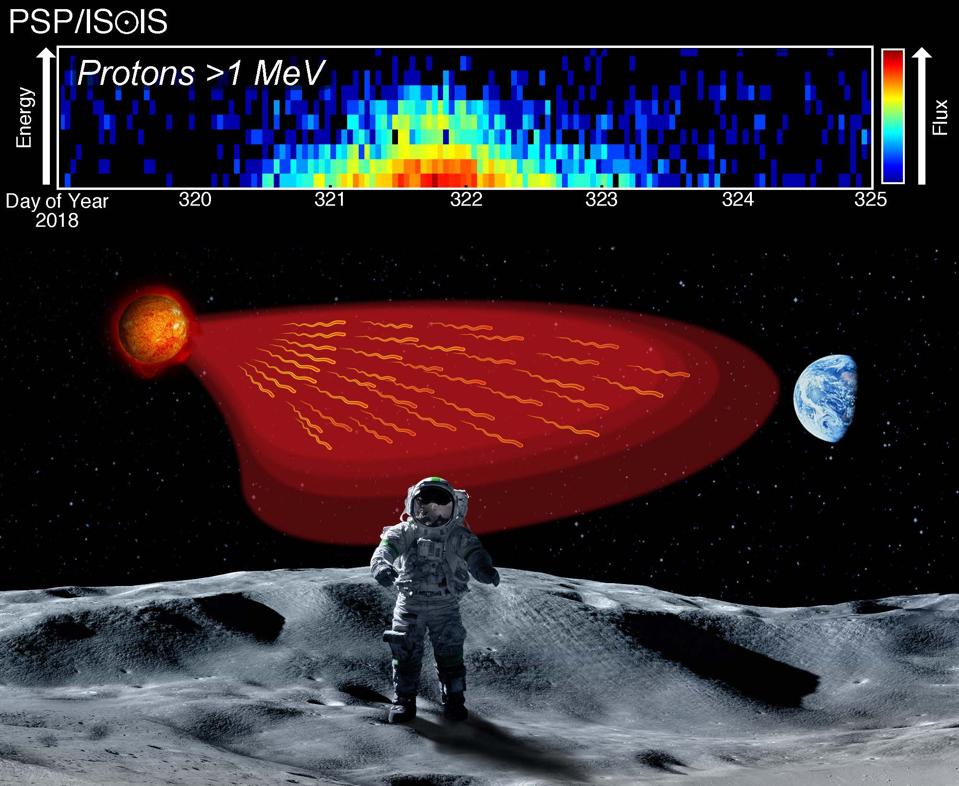 Radiation from space is a danger to astronauts. Understanding the solar wind will help make them … [+] safe for extraterrestrial missions.

Perhaps as fascinating, every time these gusts washed over the probe, the magnetic field reversed. If an unlucky person were inside the craft and holding an ordinary compass, the direction the compass’s needle wointed would turn to the opposite direction. Although this behavior was unexpected, it was not a complete shock to astronomers – after all, the Sun is a roiling, bubbling, cauldron of plasma, with highly chaotic and turbulent motion. Since moving plasmas create changing magnetic fields, this phenomenon is a predictable consequence. However, the frequency of gusts was surprising: it occurred nearly a thousand times in eleven days.

The Sun is currently in a period of minimum activity in its eleven-year cycle, but the Parker Solar Probe is far from done. It will make another eighteen orbits, going from Venus to perihelion, e.g. the point of closest approach, with each orbit taking about five months. Thus, Parker will be ideally located to study the Sun as it changes from its current quiescent phase to the much more turbulent behavior expected in a few years.

Science is not a discipline of knowledge, but rather one of discovery and change. As researchers encounter new and unexpected data, they refine and improve their models and ideas to better reflect the laws of nature. The astrophysicists studying Parker data are learning fascinating things about the Sun and there is no question that this will lead to a few textbooks being rewritten. Whether your interest is in the fundamental question of stellar science or protecting astronauts from the harmful effects of the solar wind, the Parker Solar Probe will continue to excite us for years to come.

With Pressure Building, Will Warner ‘Release The Snyder Cut?’

5 Clever Side Hustle Ideas For Entrepreneurs To Pursue In 2020