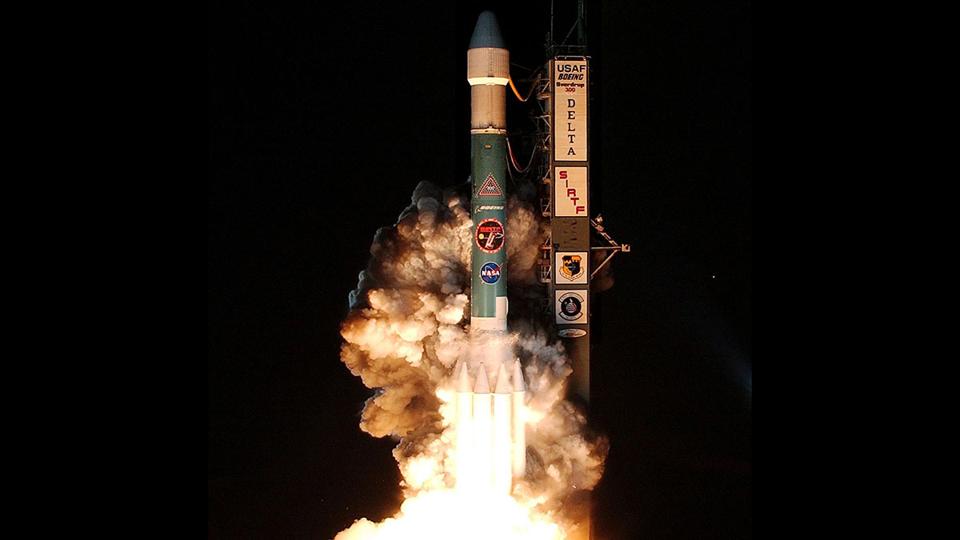 NASA’s Spitzer Space Telescope has produced yet another stunning new infrared image —- this time of the Tarantula Nebula, located some 160,000 light years away inside the Large Magellanic Cloud. Now at the end of its life and set to be retired January 30th, the venerable telescope compiled images from multiple Spitzer observations, most recently in February and September of 2019 to produce this high-resolution picture.

Long known to be what NASA calls a hotbed of star formation, the Tarantula Nebula was among the first targets the observatory studied after its launch in 2003. The nebula owes its name to the arrangement of its bright patches that somewhat resemble the legs of a tarantula, says the European Southern Observatory (ESO). Measuring nearly 1,000 light years across, its absence of intervening dust makes this nebula one of the best laboratories to better understand the formation of massive stars, says ESO.

The nebula also hosts R136, a “starburst” region, where massive stars form in extremely close proximity and at a rate far higher than in the rest of the galaxy, says NASA. Within R136, in an area less than 1 light-year across (about 6 trillion miles, or 9 trillion kilometers), the agency notes that there are more than 40 massive stars, each containing at least 50 times the mass of our Sun. 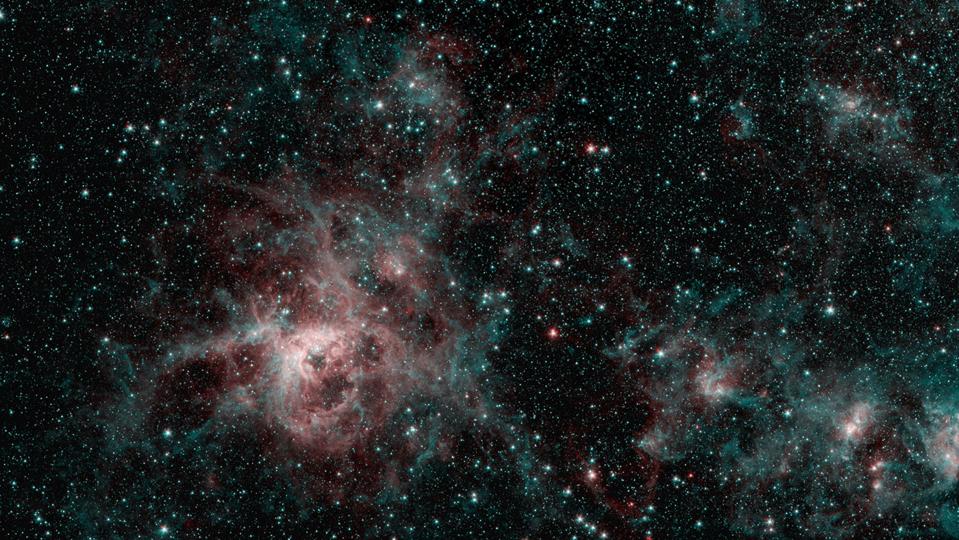 PIA23646This image from NASA’s Spitzer Space Telescope shows the Tarantula Nebula in two wavelengths … [+] of infrared light, each represented by a different color. The red color at the heart of the nebula shows the presence of particularly hot gas emitting infrared light at a wavelength of 4.5 micrometers. The blue regions are dust composed of molecules called polycyclic aromatic hydrocarbons (PAHs), which are also found in ash from coal, wood and oil fires on Earth. Regions emitting both wavelengths appear white. -16

ESO says that some of the nebula’s stars are so massive that they weigh more than 300 times the mass of the Sun. The most extreme of these stars was found in the cluster RMC 136a. Dubbed R136a1, it is found to have a current mass of 265 times that of the Sun, says ESO. Being a little over a million years old, R136a1 is already “middle-aged” and has shed a fifth of its initial mass over that time, or more than fifty solar masses, says ESO.

But NASA says that despite all these observations, exactly how these starburst regions arise remains a mystery.

Aside from its fortuitous proximity to our own galaxy, the Tarantula Nebula is arguably best-known as home to the most spectacular supernova astronomers have observed in 400 years.

Following its discovery at a lonely mountaintop observatory in Chile in February 1987, Supernova 1987A, burned with the power of 100 million suns for months, says NASA. In fact, the shockwave from that event continues to move outward into space, encountering material ejected from the star during its dramatic death, says the agency.

In 2006, observations made by Spitzer showed that light and determined that the dust is largely composed of silicates, a key ingredient in the formation of rocky planets in our solar system, says NASA.

Remnants from this much-studied expanding supernova will continue to enrich forming stars and planets with the carbon, nitrogen, oxygen and iron, that one days will likely make up some habitable planet or moon.  In the meanwhile, Spitzer’s legacy lives on.

A New Bioplastic Made From Fish Waste Is Here

Humor In Marketing: Do’s And Don’ts From A Comedian, Humor Speaker, And Author