Breaking
The Ultimate Guide to Saving Money
Lights, Camera, Action—Is There A Post-Covid Future For...
7 Ways to Reduce Human Errors in Your...
How ‘Couples Therapy’ Used Technology To Cope With...
Can You Settle Your Student Loans Or Negotiate...
How to Use Amazon Attribution For Ad Campaigns
What are the Makings of a High-Quality Link?
How To Quickly Start And Scale Your Business
Terra Virtua: What NFTs Can Teach Us About...
5 Easy Steps To Prepare Content For E-A-T...
Physical Inactivity Linked To More Severe Covid-19 Infection...
The 2021 Estimated Tax Dilemma: What Tax-Return Pros...
Want To Digitally Transform Your Business? Start With...
How to Optimize Google My Business and Leverage...
Debunking Link Building Myths in 2021
How, When And Where You Can Gaze At...
Home Business Nate Bargatze’s Quiet, Simple ‘Tennessee Kid’Is My Favorite Standup Special Of 2019
Business

There was a mountain of amazing standup comedy specials in 2019, and as arts and culture writer who focuses on comedy, I watched a lot of them. A lot a lot of them. I watched Wanda Sykes make Trump jokes that made me double over with laughter in a year when I thought doing Trump jokes wasn’t even funny any more. I watched Julio Torres make an impossible, brilliant joke about a rectangle. And then I watched him make an even more impossible joke about an oval.

I watched Michelle Wolf kill it.

I watched Bill Burr kill it.

I watched Anthony Jeselnik kill it.

But here’s the thing: there are brilliant standup comedy specials, and then there are the brilliant standup comedy specials that you find yourself watching again and again. That you turn to for comfort, that you send clips of to friends in the middle of the night, that you find your mind wandering to when you’re staring out the window on the bus/train/plane.

In 2019, that special for me was Nate Bargatze’s The Tennessee Kid.

It definitely got some end-of-the-year best-of love from critics, though never to my knowledge did it end up at the very top of a big list. Sometimes, like on my favorite best-of list, it appeared as an honorable mention even though I could feel in the sentence about it that the author loved it and thought it was really special. 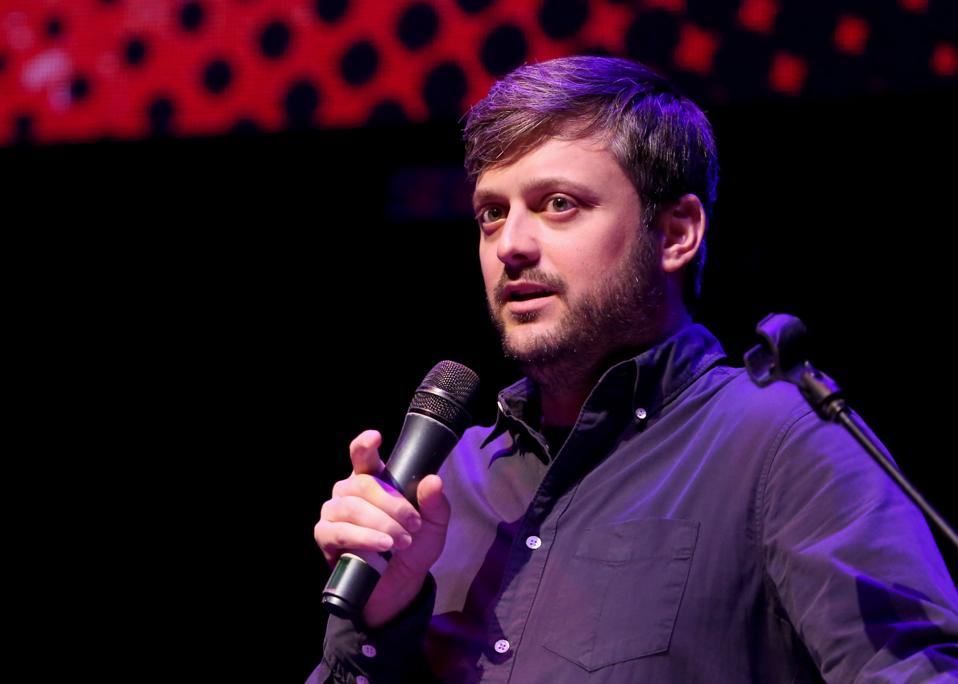 Bargatze has been doing standup for 16 years, slowly building his career the old school way, through exhaustive touring, radio, competitions (he won both the New York Comedy Festival and Boston Comedy Festival in the same year) and finally television spots: a Comedy Central special in 2015 and a 30-minute episode of The Standups on Netflix in 2017. Jimmy Fallon’s a long-time fan, and other big names, like Marc Maron and Jim Gaffigan, have named him as a favorite. And yet he remains a bit of a comedian’s comedian—a little weirder and nerdier than he looks, technically solid as hell, not at all showy or memorable… aside from his wonderful, subtle, surreal, odd jokes.

He had me at the dead horse. Five minutes in, following a bit about airline travel that shows his strength of turning a worn standup topic into something fresh, he starts wondering about what happens when you have a horse and the horse dies—all emotions about the horse aside, how are you going to get rid of the body?

I won’t try to even begin to repeat the bit here (the clip is above, though it’s taken from The Tonight Show Starring Jimmy Fallon and not Tennessee Kid), but it’s magical—since we’re on the topic of the best of 2019, I hereby declare that it’s one of the best comedy bits of 2019.

Bargatze’s comedy is surprisingly abstract and strange, especially when mixed with his borderline deadpan delivery and slight Southern twang. It doesn’t rely on volume or physicality or bells or whistles. Instead, it’s very carefully written and even more carefully delivered, thoughtful and silly and insightful. It’s clean, but the good kind of clean where you don’t even notice it. It’s also weird in the same way: a sort of muted, laidback weirdness that makes you feel comfortable in your own weirdness. Like the very best comedians, his superpower is his ability to connect with the audience.

It’s not comedy that captures headlines or trends on Twitter. Over and over again, I find to my disappointment that the comedy specials that get written about the most are the controversial ones or the gimmicky ones, not the best ones—and it’s even true about my own writing. What I wrote about Dave Chappelle and Louis C.K. this year brought in the most traffic by far, while what I wrote about loving Julio Torres only netted a few thousand hits. I didn’t even write about Bargatze’s special when I saw it, because I didn’t see it until a while after its release, because I hadn’t read about it.

But: I know about it now, and I’m writing about it now. It’s really wonderful and it’s brought me and my friends and my family a bunch of happiness this year. He’s not a jerk and he doesn’t say anything outrageous—unless you count his controversial opinion that Earth is doing fine—he just delivers beautiful jokes, beautifully. I’ll be listening to them more in 2020.

How To Make Your App Idea A Must-Have Solution