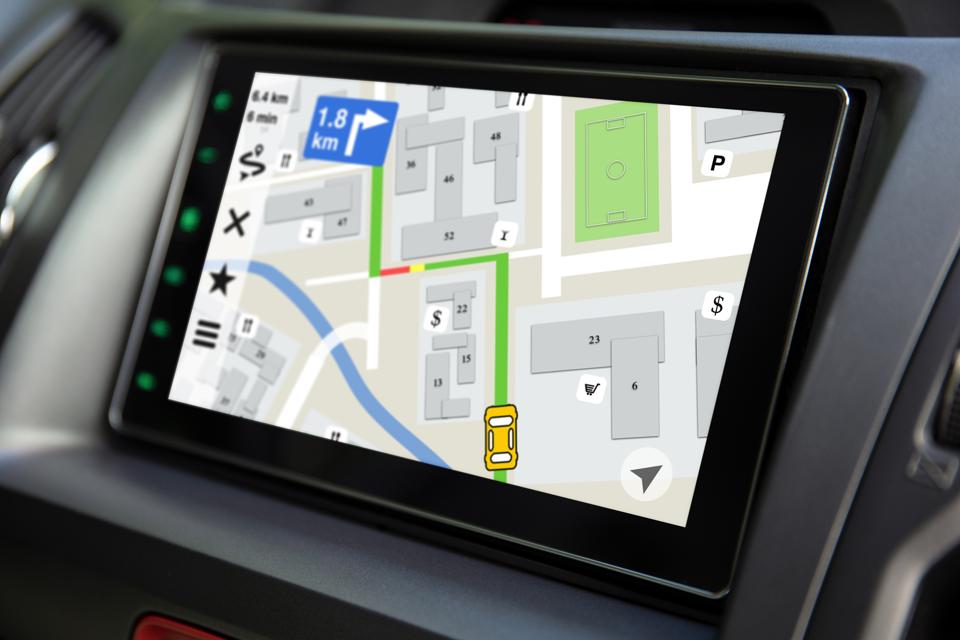 touch multimedia system with application navigation on the screen in car

Every day, as I approach my house, my car navigation system tells me “You have arrived at your destination.” Of course, I don’t need that interruption, nor most of the others along the trip. The system knows it is my home, and it has seen me drive the route to it hundreds of times. Yet it peppers the drive with interruptions (muting out the news or music I am listening to) all the time. The systems should get to know us, and know when to give us directions and not.

The arrival at your own driveway is an obvious one, but in general, computer interfaces that interrupt us do much better if they only do so when something unusual is going on. I don’t want to have to ask my navigation system to navigate me to work in the morning and tell me the turns for my standard route, in fact I would prefer it say nothing at all, only talking if there is something different about the drive, such as, “This morning, it’s faster by 5 minutes to take highway 101 instead of 280.” If the system has seen me take both these routes many times, it need say nothing else unless I deviate from the route. If I’ve never taken the new route suggestion, it can help me out.

Some systems have a little bit of smarts in this direction. The Tesla automatically queues up navigation to your work in the morning, and very nicely, to any destination in my digital calendar it appears I am going to. Some info at the start of the ride (and on the screen at all times) is great, but interruption the rest of the way is not.

On the other hand, the Tesla, which has the advantage over many other navigation systems of knowing what lane I am in, still feels the need to remind me to go straight on the highway when the right lane (which I am nowhere near) is exiting.

You may ask why I asked the system to navigate me home. People do this for several reasons. Traffic conditions can always cause you to want a different route to your home, and there are many places where there are at least two major but quiet different choices which can be taken every day. In addition, while everybody knows how to get to their home once on a major street, if you start from an unfamiliar location, you may not know the fastest way to that major street. Here, the systems should guide you until they know you are in a place you know well, say, “you can take it from here” and shut up. (If I don’t want to “take it from there” it can allow me to make it more verbose again.)

All systems should be able to get as smart as the Tesla, noticing obvious drives like the commute, calendar events and other things you do regularly at specific times, and speaking to you only if there is a traffic surprise you would want to know about. They could get even smarter, even without knowing where I am going, warning me about traffic jams ahead of me once I head towards or get on a highway. Working well, I would then know that if I get on a highway and don’t get warned of a traffic jam, that the highway is in fact clear. I don’t mind being told of unusual things. 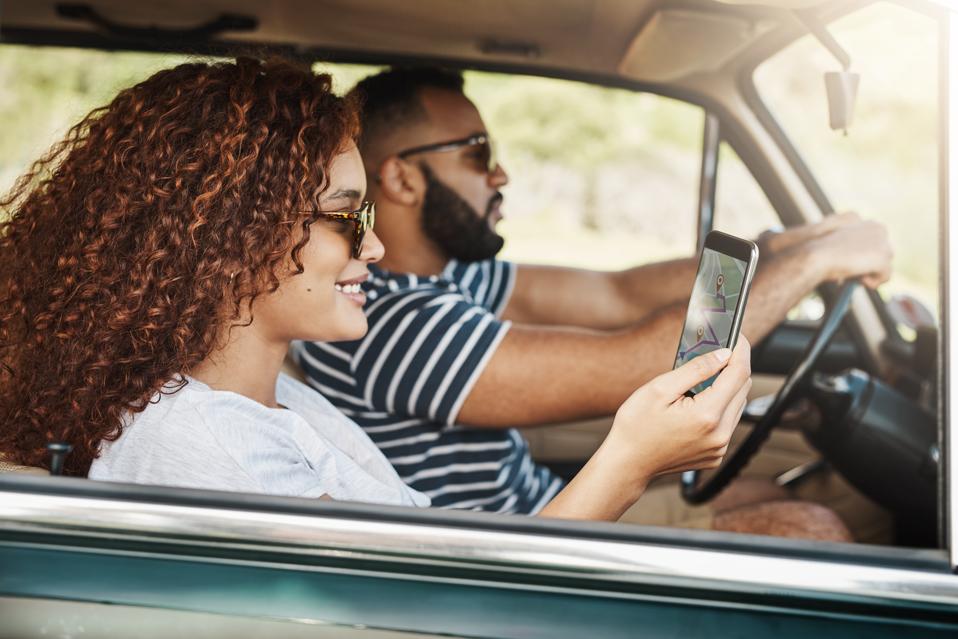 An ideal would be to say what your spouse would tell you after looking at the navigation screen. … [+] Only what’s different, or when you seem to not be doing the right thing.

Another area where quality improvement is needed is the handling of roundabouts and certain geometries of intersections. If you drive in Europe with a navigation system, you will go through a lot of roundabouts, and thus it will talk all the time. Most systems will tell you to “take the 2nd exit” or possibly name the street that is the exit. 90% of the time, though, they are telling you to effectively continue straight on the road you were on. While some systems now are smart enough to tell you that the goal is to go straight, none are smart enough to realize this direction does not need to be said (it can still always be displayed.) For people not used to roundabouts, directions all the time can make sense, but those who become used to them no longer need special directions. Of course, if one misses the right exit on a roundabout, there should be immediate notification — the good thing about roundabouts is you can always go round again and this time, you can be given the clear direction.

The last bit of strange verbosity is the most difficult. Most navigation systems I have used tend to have problems, and want to announce turns at places a human guiding you would never announce them. This includes when a street continues perfectly straight but changes its name, or “turns” where the main road turns but a clearly very tiny road goes onward, and several other things in this class. In the future, one hopes that navigation systems will find a way to learn from things like “streetview” images of the intersections, better maps, and watching drivers, to know what directions are needed and which are not.

Even if I don’t get my wish to get the system to shut up entirely, they could all learn to be less loquacious on those common routes. If they need to tell me about the turn, they don’t have to both say, “In 400 feet, turn left” and then “now turn left” 2 seconds later if they know I know the way.

Here’s to a more peaceful and silent drive in 2020.

How To Prepare Your Early-Stage Company For A...

The Future Of Venture Capital Lies In The...

The Podcast Academy Wants To Be The Academy...