Breaking
Everything You Need To Know About EMI Option...
Social Security’s Government Pension Offset (GPO)-A Common Sense...
5 Practical Tips for Small Businesses Going Through...
Part II: How To Optimize Product Ownership In...
How Zoom Conquered Video Conferencing
How To Meet Customer Expectations This Holiday Shopping...
A Technology Solution For Muni Bond Disclosure
Five Common Ways To Fund A Small Business...
Your Floss Pick Habit Is Killing The Planet,...
Customer Service Recovery: Six Keys To Turn Complaints...
10 Unique Habits To Positively Impact Your Productivity
How Becoming A Learning Organization Is Key To...
IRS Increases Enforcement On Cryptocurrency: What This Means...
Optimus Prime Finally Gets The Diaclone Update He...
No, There Isn’t A Black Hole At The...
The Fed Could Be Repeating This Key Mistake...
Home Technology NBA 2K20: How To Get Kawhi Leonard’s Galaxy Opal, Kobe Bryant All-Star MVP MyTeam Card
Technology 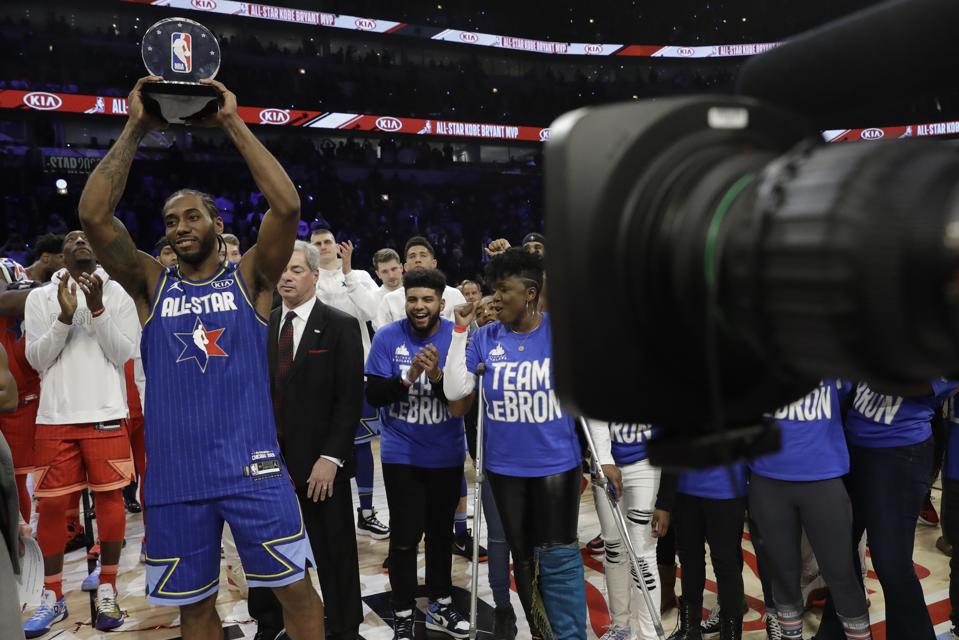 Kawhi Leonard shot the lights out from three-point range in Chicago at Sunday night’s NBA All-Star Game, and he’ll be the recipient of a killer new card in NBA 2K20’s MyTeam mode.

The Los Angeles Clippers’ star earned the newly renamed Kobe Bryant All-Star MVP award for his performance in one of the most-exciting All-Star Games in history.

As has been the case since NBA 2K’s MyTeam mode hit its stride, the winner of the All-Star Game MVP gets a card in the mode. Leonard’s card will be released on Monday, and it will be available as a part of an All-Star Moments Pack.

The packs will almost certainly be available to grab using MyTeam points or Virtual Currency. As of Sunday night, the price wasn’t set, but it could be similar to the All-Star Flash Packs that were released on Friday.

Expect the Leonard card to be highly coveted and expensive on the Auction House. I’d figure as high as 400,000 MT during the first two days of availability.

There is already a Pink Diamond version of Leonard available in the mode, and because this one is being released later, it seems certain it’ll hit the Galaxy Opal level.

There could be more cards available in the pack after such a memorable All-Star Weekend. We still haven’t seen the “Thank You, Kobe” cards that were seemingly available through a locker code this weekend, but it seems no one was able to redeem them using the locker code. As we head into the second half of the NBA’s regular season, the MyTeam card selection has been kicked into overdrive.

If you’re looking to get into MyTeam, now might be a good time.