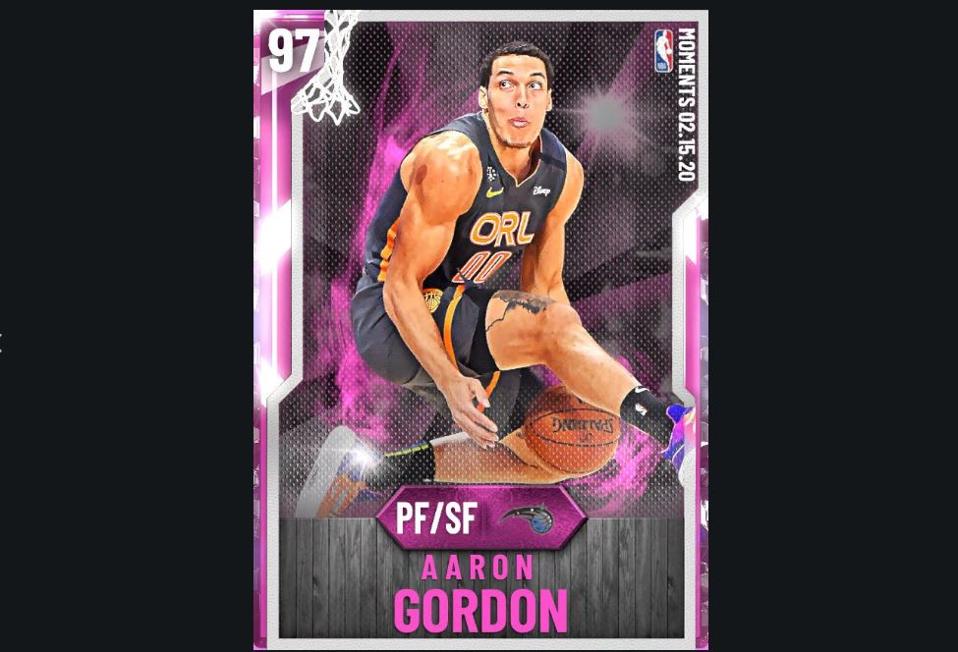 Aaron Gordon deserved to win the 2020 NBA Slam-Dunk Contest, but after an epic duel with the Miami Heat’s Derrick Jones Jr., Gordon fell short again as he did in 2016 when he lost to Zach LaVine.

This time, the scoring was pretty questionable.

Gordon did everything but win including jumping over the 7’6” Tacko Fall, Chance the Rapper, and catching an amazing pass off the edge of the backboard from his teammate Markelle Fultz to throw down a 360 slam:

Still, it wasn’t enough as the judges scored the leap over Fall one point lower than Jones Jr’s final dunk.

Thankfully, 2K was there to reward Gordon for another stellar NBA All-Star Weekend performance. The Orlando Magic’s uber-athletic forward earned a 97-overall-rated Pink Diamond card for his efforts, and the winner only got a 95-overall Diamond card. The Gordon card is impressive and could fit in on any mode under the MyTeam umbrella.

Obviously, the card has a 99 standing and driving dunk mark. It also has a 93 three-point rating, which will rise to a 98 if you have a Diamond coach card like Nick Nurse. It has a 92 steal and 94 perimeter defense mark as well.

The badge game is solid as well.

The newest Gordon card also has 41 badges (26 Hall of Fame and 15 Gold). Every possible dunk-related badge is on Hall-of-Fame, and so is the ever-important Clamps badge. Instantly, this card has become one of the most devastating in the mode.

How to Get the Pink Diamond Aaron Gordon

Secondly, you can go to the Auction House where the Gordon card is currently going for just under 200,000 MT early Sunday morning.

How To Love Your LGBT Team Members

AWS Outposts Is Bringing The Cloud Into Data...