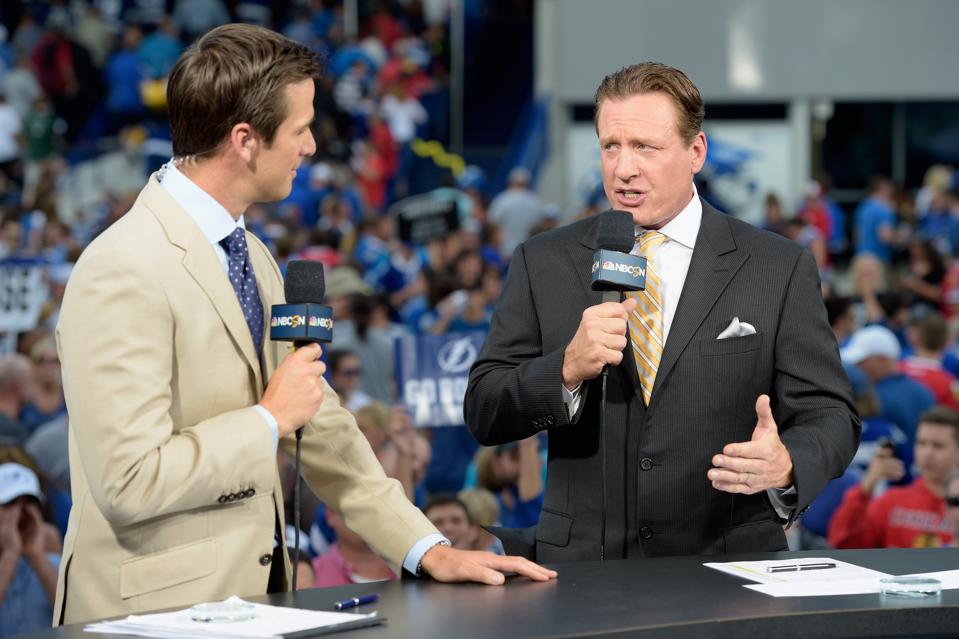 It was a brutal year for NBC. Journalist Ronan Farrow’s tell-all book on the network’s efforts to suppress his reporting on Harvey Weinstein reveals a toxic culture mired in sexism and misogyny that carries itself all the way up to the executive suites. In addition to blocking Farrow from completing his investigation into Weinstein — ultimately prompting Farrow to publish his Pultizer Prize-winning work in the New Yorker — Farrow alleges NBC suits covered up former Today anchor Matt Lauer’s gross sexual misconduct, which ultimately resulted in his termination in late 2017.

And yet, nobody at NBC has paid a price. Chairman Andy Lack and NBC News president Noah Oppenheim, both of whom Farrow says were in direct communication with Weinstein throughout the reporting process, are still in their powerful positions at the legacy network. MSNBC president Phil Griffin, who Farrow writes brazenly showed a revealing picture of TV personality Maria Menounos during a staff meeting, remains in his role as well.

The lack of accountability at the top of the network is vital to understanding the context surrounding NBC’s decision to suspend NHL analyst Jeremy Roenick for lewd comments he made about co-worker Kathryn Tappen during a recent podcast appearance. In an interview Thursday on Barstool Sports’ “Spittin Chiclets,” Roenick was joking with the hosts about a recent European vacation he took with his wife and Tappen, who also works on NBC’s NHL coverage.

“Kathryn is an awesome co-worker. But all of a sudden, this older lady is sitting there (by the pool) with her husband, staring at us the whole time,” Roenick said. “I think her curiosity rose to a level where she’s like, ‘I’ve got to figure out what the hell is going on here.’ So she walks right into the pool and comes right up to us and says, ‘OK, what’s the situation? What’s going on?’

“I just said, ‘I’m just having a very, very wonderful trip.’ She said, ‘Are they both with you?’ I said, ‘Yes, they are.’ Then Kathryn says, ‘Will you shut up?’ She starts yelling at me. I played it off like we were going to bed together every night, the three of us. And my wife and Kathryn are very close friends, and they scream and yell at me. But it’s worth the yelling. And if it really came to fruition, that would be good. But it’s never going to happen.”

Roenick went on to jokingly call fellow analyst and NHL veteran Patrick Sharp “so beautiful,” saying he would not immediately turn down the opportunity to sleep with him. NBC announced Monday it was suspending Roenick indefinitely without pay.

Tappen released a statement Tuesday, saying she found Roenick’s comments to be inappropriate. “While Jeremy and I continue to be good friends, what he said was unacceptable, especially among workplace colleagues,” the statement reads. “I do not condone his comments.”

In this situation, Tappen’s feelings are the only ones that matter. She says Roenick’s public statements crossed a line, so the former NHL star is rightfully being disciplined. It is an important reminder about the barrier that should exist between personal and professional behavior. Within the context of their friendship, it may be perfectly fine for Roenick to joke about sleeping with Tappen in the company of his wife while they are on vacation in Portugal. But repeating the joke on a podcast is crossing a line.

In isolation, there probably would not be much controversy surrounding NBC’s decision to reprimand Roenick. But it’s impossible to ignore the network’s history. It is difficult for NBC to say Roenick’s podcast jokes don’t uphold its standards, when it is still run by the same individuals who declined to run Farrow’s Weinstein expose — and reportedly engaged in sexually predatory behavior themselves.

As the calendar turns to 2020, NBC continues to face a public relations crisis for its seemingly gross mishandling of the Weinstein story, and if Farrow’s reporting is accurate, its actions to cover up for Lauer. (According to Farrow, Weinstein used Lauer’s behavior as blackmail to prevent the network from running the story.)

Of course, organizations are allowed to change their standards over time, and in this situation, NBC must. Discipling Roenick is better than not disciplining him, because Tappen expressed opposition to his comments.

But remember: Roenick is facing a far greater consequence for inappropriate words than NBC executives have faced for years of their reported enabling of sexual misconduct. That is a public relations problem the network will probably face for years to come. NBC has no credibility in the arena of workplace harassment or misconduct, even when it does the right thing.

What Grade Would You Give Your Corporate Culture?