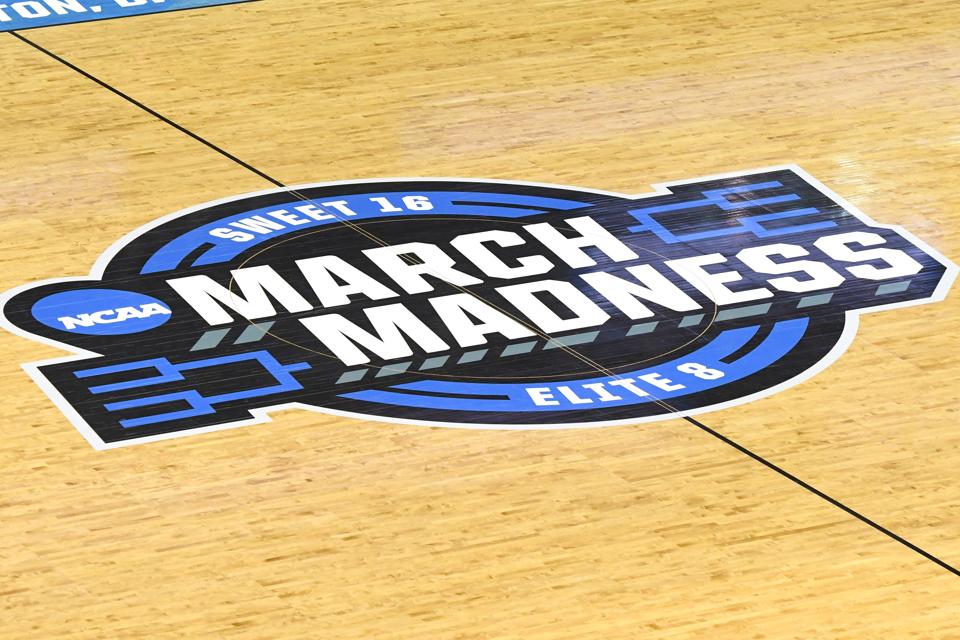 WASHINGTON, DC – MARCH 29: NCAA March Madness logo on the floor before the East Regional game of the … [+] 2019 NCAA Men’s Basketball Tournament between the LSU Tigers and the Michigan State Spartans at Capital One Arena on March 29, 2019 in Washington, DC. (Photo by Mitchell Layton/Getty Images)

By near midnight on Wednesday, the NCAA Tournament and every major college basketball conference had announced that games would take place without fans beginning Thursday due to the coronavirus outbreak.

The Big East, Big 12, Big Ten, SEC, ACC, Pac-12, American and Atlantic 10 all announced their plans as of late Wednesday.

The major college conference postseason tournaments began this week and are scheduled to run through this weekend. Selection Sunday for the NCAA Tournament is this coming Sunday, but it remains an open question at this point whether the Big Dance will even happen after the NBA suspended its season Wednesday night following the news that Rudy Gobert of the Utah Jazz had tested positive for the virus.

If the pros aren’t playing, is it safe for the college kids?

Nebraska coach Fred Hoiberg appeared to be openly ill on his bench during a game Wednesday.

“I just don’t see a path that we’re going to have a Selection Show on Sunday,” ESPN’s Sean Farnham told Scott Van Pelt on SportsCenter.

“While I understand how disappointing this is for all fans of our sports, my decision is based on the current understanding of how COVID-19 is progressing in the United States,” Emmert said.

“This decision is in the best interest of public health, including that of coaches, administrators, fans and, most importantly, our student athletes.”

At the Big East Tournament’s opening game on Wednesday at Madison Square Garden, the stands were about two-thirds full for the first game between St. John’s and Georgetown. That followed a full house at the Garden Tuesday night for a tribute to The Allman Brothers Band.

The Big East was the last major conference to announce Wednesday that “attendees will be limited to student-athletes, coaches, event staff, essential team and conference staff, television personnel, credentialed media and immediate family members of the participating teams. Schools will be limited to 200 tickets per institution.”

“We have made this decision due to the rapid progression of COVID-19 and escalating developments nationally, as well as through guidance we have received from medical experts, local authorities and other sources,” said Big East Commissioner Val Ackerman. “The support of our fans has made the Big East Tournament one of the most exciting events in college basketball, but the health and well-being of our game participants is of paramount importance.  We are very grateful to Madison Square Garden for their understanding and cooperation as we jointly manage a very difficult situation.”

As for the NCAA Tournament, Seton Hall star Myles Powell said he would get his team ready to play whether there were fans in attendance or not.

“You gotta go out there and play,” the 6-foot-2 Seton Hall senior said via NJ Advance Media. “We still know that we’re one of the top seeds and we’re still going to get everybody’s best shot, fans in there or not. For you to move on, you gotta win and I’m not trying to have my senior year end early so I know for sure I’m going to have my guys ready and I don’t care if we gotta play outside in the park. I mean, we’re gonna be ready.”

U.S.-Europe Travel Ban Will Add To The Pain Already Being Felt By U.S. And Euro Airlines Because Of The Coronavirus Pandemic

How Disney Is Reinventing 3D In Its Theme...

The Indian Premier League Has Been Postponed Indefinitely

Party Or Not, Dak Prescott Is Behaving Foolishly...