Breaking
U.S. House Passes Bill To Create First Crypto...
Top 3 Lessons For Financial Independence
The Ultimate Guide to Saving Money
Lights, Camera, Action—Is There A Post-Covid Future For...
7 Ways to Reduce Human Errors in Your...
How ‘Couples Therapy’ Used Technology To Cope With...
Can You Settle Your Student Loans Or Negotiate...
7 Best Practice PR Tips For Your Next...
How to Use Amazon Attribution For Ad Campaigns
What are the Makings of a High-Quality Link?
How To Quickly Start And Scale Your Business
Terra Virtua: What NFTs Can Teach Us About...
5 Easy Steps To Prepare Content For E-A-T...
Physical Inactivity Linked To More Severe Covid-19 Infection...
The 2021 Estimated Tax Dilemma: What Tax-Return Pros...
Want To Digitally Transform Your Business? Start With...
Home Technology Need Spring Break Plans? Here Are 5 Great Islands For Stargazing
Technology 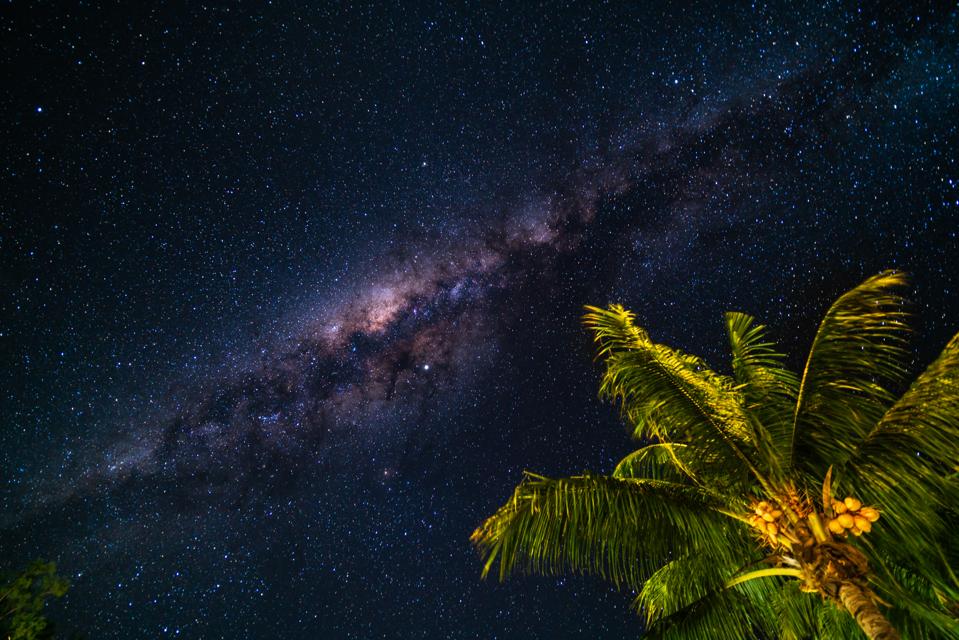 Milky Way over a palm tree

As we approach spring break and Coronavirus concerns drive down airfare, you might be tempted to book a tropical vacation to escape the terrifying headlines and enjoy some well-earned relaxation.

Even better, islands are great astrotourism destinations, as they typically encounter less light pollution than mainland areas. For this reason, some of the world’s best observatories are located on islands across the globe. Combined with a new moon on March 24 – prime spring break timing! – and it’s time to start browsing last-minute flights and stocking up on hand sanitizer.

Whether you’re in need of a paradise escape or the soul salve of a starry night sky, here are some of the world’s epic island stargazing destinations. 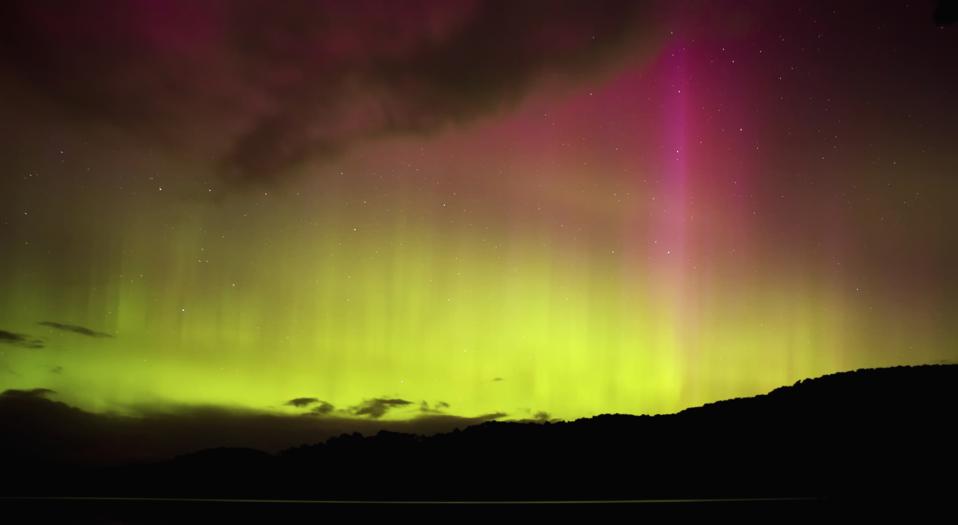 Technically, the entire country of New Zealand is an island group, and it is poised to become the world’s largest ‘dark sky nation’ due to aggressive regulations around light pollution. For that reason, New Zealand is a prime island destination for stargazing, from the certified dark sky sanctuary on Aotea/Great Barrier Island off the coast from Auckland on the North Island to Aoraki/Mount Cook, a dark sky reserve in the central South Island.

If you’re planning a spring break trip, go the extra mile and make your way to Stewart Island, off the southern tip of the South Island. Stewart Island / Rakiura was also certified as a dark sky sanctuary in 2019 (seriously, New Zealand has epic skies!) and in March you may also spot the aurora australis shining off the coast. 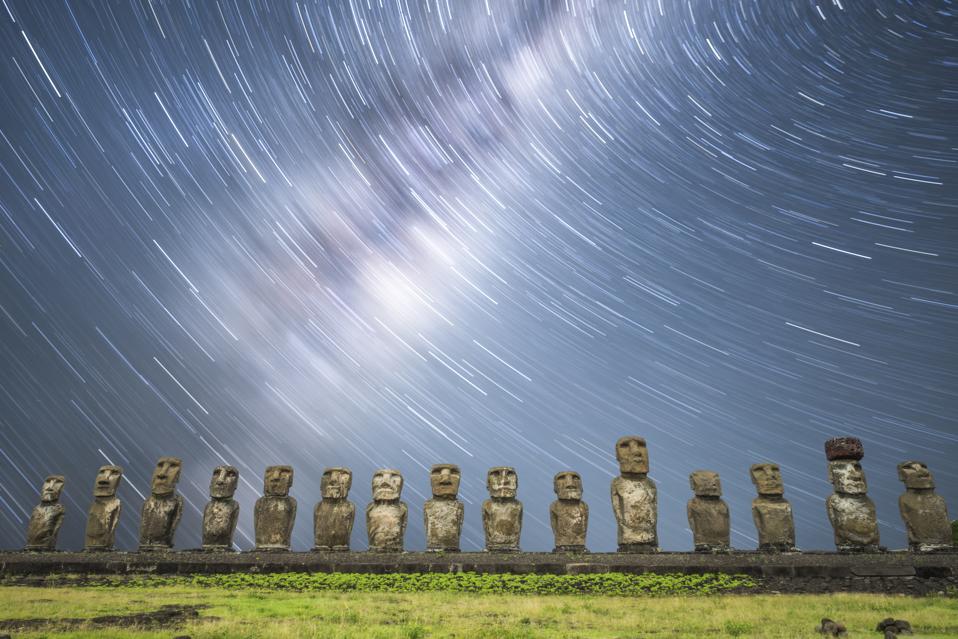 Ahu Tongariki is the largest ahu on Easter Island. Its moai were toppled during the island’s civil … [+] wars and in the twentieth century the ahu was swept inland by a tsunami. It has since been restored and has fifteen moai including an 86 tonne moai that was the heaviest ever erected on the island

If you love the combination of history, culture, and astronomy, Easter Island is well worth the journey. Home of the aboriginal Rapa Nui people and iconic moai, Easter Island is over 2,000 miles from the South American continent. As such, Easter Island has very little light pollution and is a fantastic stargazing destination.

As you plan your spring break trip to Easter Island, keep in mind that Makemake, named for the Rapa Nui god of fertility, will reach opposition on March 26th. On this night, this distant dwarf planet will be at its brightest – but you’ll need a telescope to spot it. 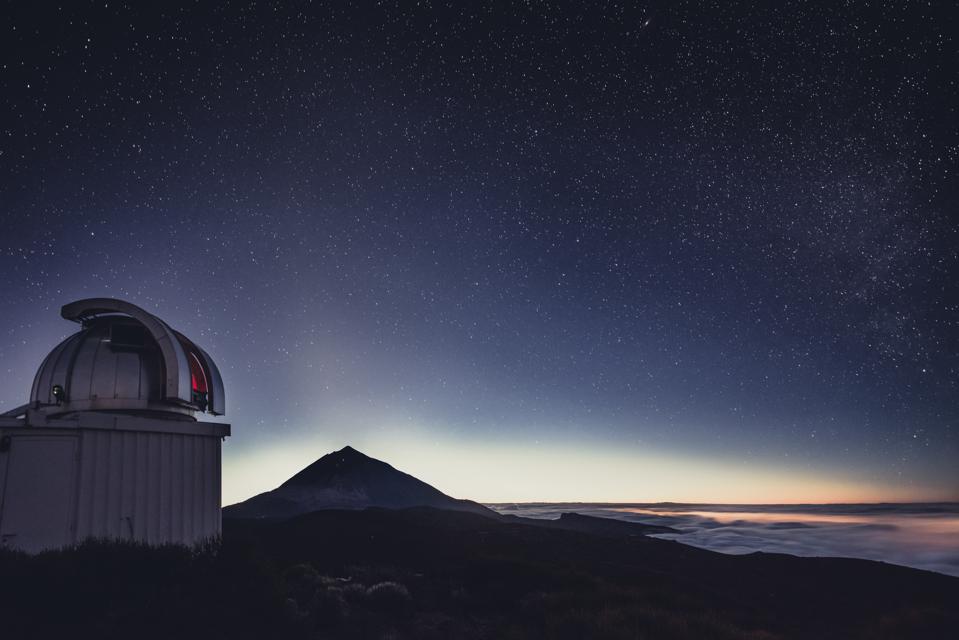 The Canary Islands are located off the northwest coast of the African continent. The largest of the eight islands in the archipelago, Tenerife, is a popular spring getaway destination for Europeans, but there are four islands with observatories you can visit on a stargazing trip: Tenerife, Gran Canaria, La Palma, and Fuerteventura.

To plan your trip, book ahead to visit one of the main observatories, or visit one of the islands’ many stargazing spots. The Canary Islands tourism website has a whole guide to some of the best places on each island and how to stargaze at each. 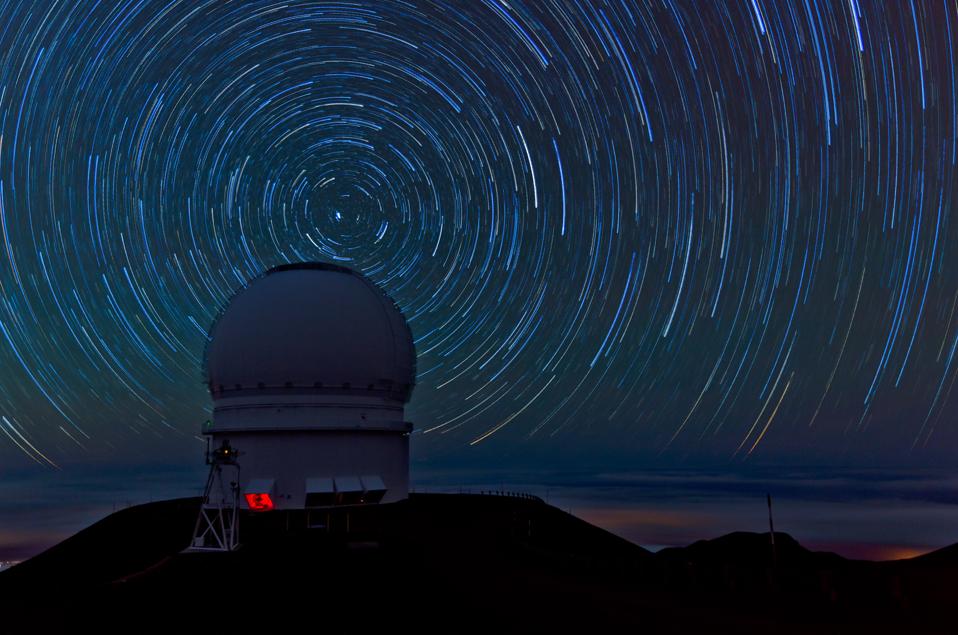 If you’re looking for an island getaway a bit closer to home, there’s nowhere quite like Hawaii. Where else can you spend the morning surfing, explore volcanic formations in the afternoon, and enjoy epic stargazing at night? For travelers who care a lot about seeing the night skies this spring break, the Big Island and Maui are especially good candidates for a tropical vacation.

On the Big Island, you can book a tour up Mauna Kea or Mauna Loa, the island’s two largest mountains. Atop Mauna Kea, astronomers conduct research at some of the world’s leading observatories; some are open for visits during the day and tours can guide you to locations nearby – but out of view from the telescopes – once the sun sets. On Maui, Haleakalā National Park is the place to go, and their brand new stargazing programs include a star talk on March 21st, perfect for spring breakers!

If you’re truly looking to get away from it all this spring break, there’s perhaps no better candidate than the Pitcairn Islands. It takes over 24 hours to reach the Pitcairn Islands from U.S. cities like Los Angeles by way of Tahiti – which itself is nearly 1,500 miles away! The Pitcairn Islands made headlines last year when the area received certification as a dark sky sanctuary from the International Dark-Sky Association.

Roughly 50 people call the Pitcairn Islands their permanent home, and it is considered to have amongst the darkest skies on earth… You can definitely escape light pollution here (and your coronavirus anxieties) this spring.

Change Is Hard But Unavoidable. Eight Insights On Embracing Change

The New Rules For Winning In The Trust Economy