Breaking
Should You Self-Publish Your Book?
England Plunged Into Second Lockdown From Bonfire Night
This Young Entrepreneur’s Goal: To Make Healthy Foods...
Fruit And Vegetable Spoilage Is A Hidden Cause...
Blasingame’s Law Of Urgency
This Is Why Entrepreneurs Who Settle For ‘Good...
Nature Has Economic Value That Needs To Be...
Damwon Gaming Win The ‘League Of Legends’ World...
Is Stock Market Signaling Recession Extension? Unemployment Data...
Leaks Point To New MacBook Silicon, MacBook Pro:...
What Every Dog Wants This Halloween, BarkBox AI...
IQVIA Killing It In The Drug Trials Business
This Mother Of Four Tapped Her Talent For...
This Mother Of Four Tapped Her Talent For...
New Study Reaffirms: Increased Health Literacy Leads To...
Why The Retirement System Is Like The Cereal...
Home Technology Nepali Woman Dies In “Period Hut” During Week Of Menstrual Exile
Technology 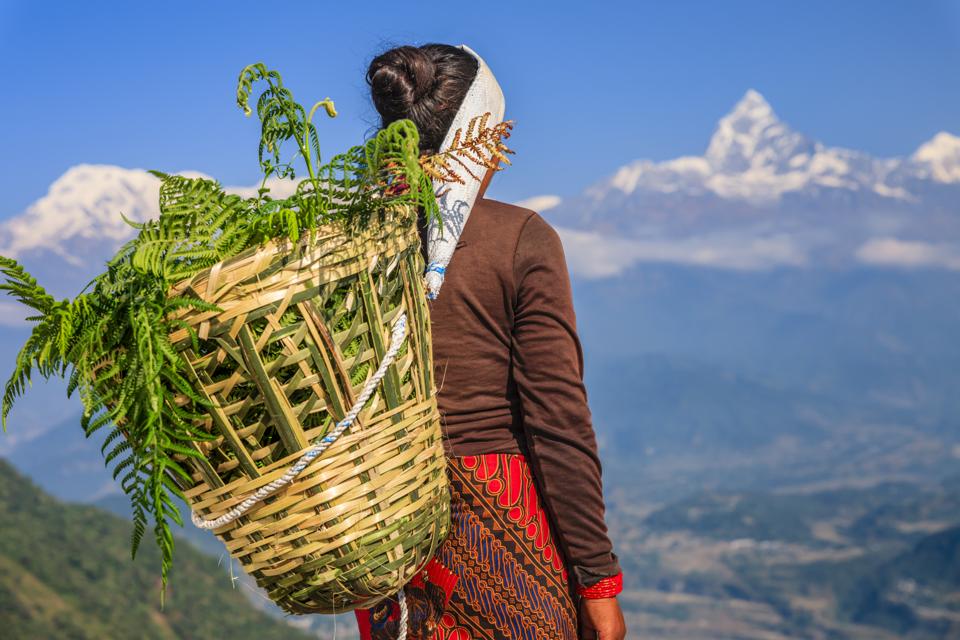 The traditional practice of chhaupadi, whereby women are banished to an isolated hut during menstruation, has been illegal in Nepal for many years. However, in remote villages, it is still routinely carried out. A 21-year-old woman who was staying in one such hut, known as a “period hut,” just over 100 yards from her home, was found dead this week. She had lit a fire to keep warm in this windowless hut, as evening temperatures drop to well below 50 degrees Fahrenheit during the winter months in her village. Exact cause of death remains unclear, but there are several likely possibilities, including smoke inhalation/asphyxiation, dehydration, infection, and/or death due to cold air temperature, or hypothermia. Her brother-in-law was arrested after she was found, and he is being investigated for forcing her to stay in this hut. Her husband was away working in India when she was found.

In many parts of Nepal, menstruation is considered to be a time of “untouchability,” mandating women to live away from people and livestock during their menstrual periods. The tradition of chhaupadi was deemed illegal in all of Nepal in 2005, yet the proscription of this practice is rarely enforced by authorities. If an individual is indeed charged with forcing a woman into such isolation, those charged receive a meager three months of jail time and a fine equivalent to approximately $30. There continues to be deaths each year from this practice, and even though many huts have been destroyed, menstruating women have nonetheless been forced into other forms of isolation.

The practice of such banishment is based on the notion that a menstruating woman is impure, and should be restricted from touching other people, being in a kitchen, or touching animals, plants, or water wells. This practice is also carried out during childbirth and for the first two weeks after delivery, putting both the mother and her newborn at high risk for morbidity and mortality. Human rights organizations have banned this practice, but a survey study of over 100 adolescent Nepali girls (average age of 15.5 years) as recently as 2018 demonstrates that this archaic tradition persists. Of the 107 girls surveyed, 72% continued to practice menstrual exile, either to traditional exile huts, livestock sheds, courtyards outside the home, or to areas of the home separated from the rest of the family for four consecutive days. At the time of first menstruation, 14 days of seclusion are often required. During these times, girls are often restricted from use of toilet facilities, and have to undergo other restrictions based on historical taboos associated with menstruation, including not being allowed to drink dairy, and being socially isolated. Many do not have blankets, electricity, windows, bedding, or adequate food or water. Many continue to be beaten during these days of isolation, and some are left to die. 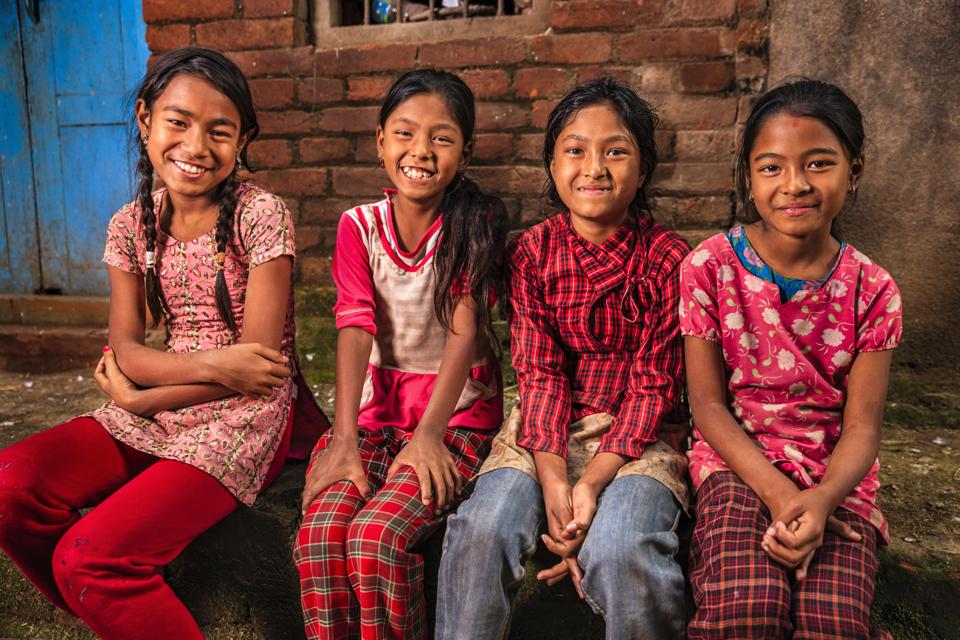 Menstrual taboos are not limited to remote areas of Nepal. In India, school girls often have no access to clean menstrual products, and need to stay home from school and are socially ostracized during their periods. Many regions of China have no access to tampons, which curtails many athletic activities, namely swimming, for girls and women during menstruation. The United Kingdom, thought to be a developed country, also reports hundreds of thousands of girls missing school each month due to poor access to and lack of affordability of menstrual products. In the United States, the “tampon tax” has recently been brought to recognition, delineating this as a means of discriminating against women. While there is no “tax” per se, in states which do not tax certain health and medical supplies, tampons are not included in this tax exemption. As of 2018, 36 states maintained this taxation. While some were headed towards removing this, the progress has been slow.

The absolute atrocity of a woman dying due to social isolation based on a completely normal bodily function is abhorrent. Sadly, many of the inhabitants of these villages maintain belief that separating someone who is “unclean” serves to protect the remainder of the village, as well as serving to preserve viability of livestock and crops. Just as current health recommendations are to quarantine those with highly contagious illnesses such as Ebola infection or even the flu, many villagers believe that the practice of menstrual isolation is for the good of the community. The obvious difference is that menstruating females are not “impure,” and, unlike patients placed in isolation for contagious illnesses, menstruating girls and women receive no care, and are actually placing their lives in danger. This is certainly an extreme demonstration of lack of education, with resultant societal isolation leading to avoidable illness and death.

Perhaps just as sadly, “period huts” in the form of shaming continues in this country as well. In referring to a heated conversation with Megyn Kelly back in 2015, President (then candidate) Donald Trump described Kelly’s anger as “Blood coming out of her whatever.” While he later insisted that he was referring to blood coming out of her nose, most, including Megyn Kelly, felt he was clearly creating a pejorative image of an angry menstruating woman. Indeed a far cry from a deadly “period hut,” but the pervasive sentiment of menstrual taboo remains universal. 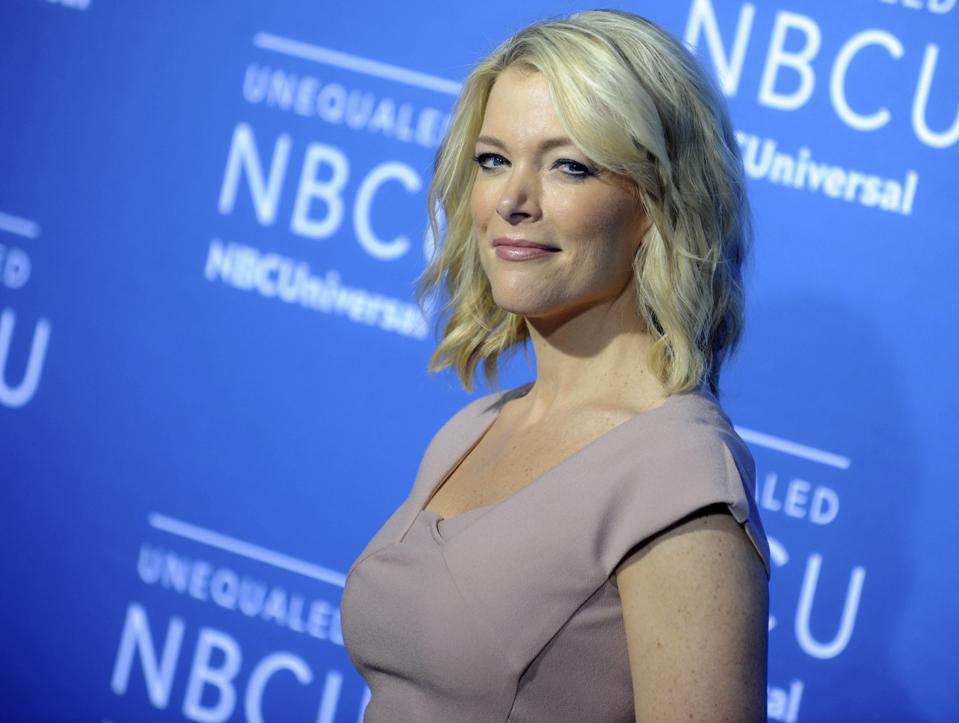 Megyn Kelly at The 2017 NBCUniversal Upfront in New York City.