Netflix is winning the streaming wars, but probably not the way it wanted to.

Streaming media viewing is up 101% compared to the first week of March, according to aggregator and search engine Reelgood. It’s also up during business hours, thanks to Coronavirus, COVID-19 and shelter-in-place regulations that have us working at home, if we can work remotely. 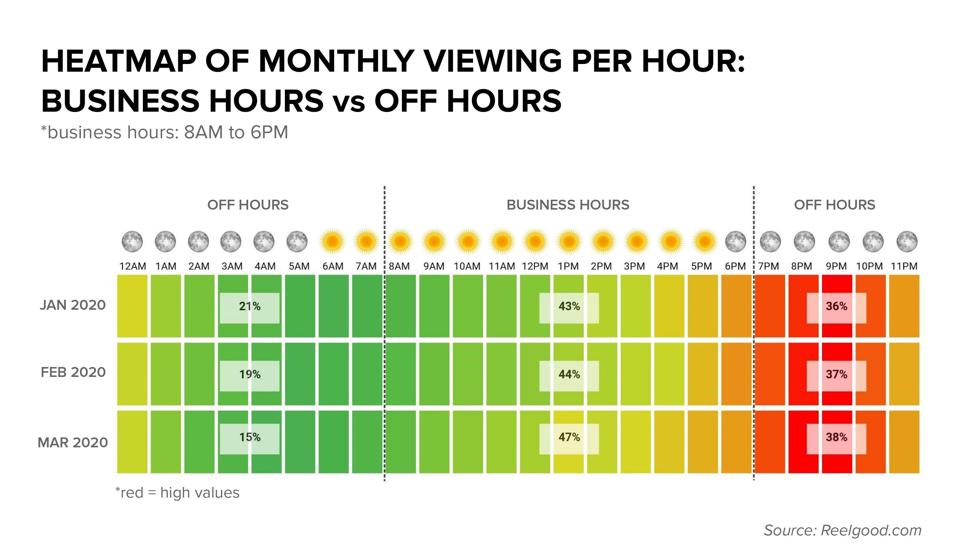 “For the last seven days, 51% of all playback [hours] were logged between 8AM to 6PM of each day,” says Maria Santos, a strategist at Reelgood.

In other words, we’re not just playing more games on our phones. We’re watching more TV, and the TV that we’re watching is increasingly streaming media, not traditional TV.

Netflix is undeniably the most popular streaming service among consumers right now.

Traditional TV is in tough right now, without live sports or other live events. Sports and live events favor broadcast media that is often enjoyed live.

Netflix owned 42% of total playback time over the past three weeks, according to Reelgood, which has two million subscribers to its streaming aggregation service. Amazon’s Prime Video is second with 22.1%, while Hulu had 17.2%. 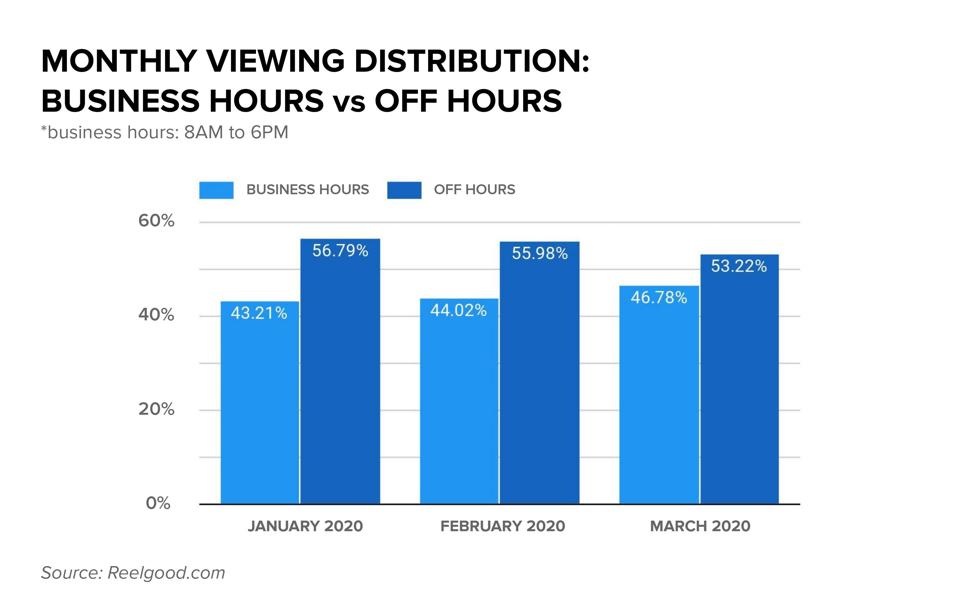 To be fair, Disney+ is a much newer service. Even though it’s seen huge initial growth, it has a long way to go to catch up to more established rivals. But one thing is in its favor: kid’s content is extremely popular, with a massive 70% increase in the past week, according to Reelgood, as schools are not in session.

Netflix, Hulu, Amazon Prime, and Disney+ are scrambling to own the streaming media or OTT market. While Coronavirus or COVID-19 has significantly boosted their numbers, thanks to people having more time at home, this is clearly not the way they envisioned their growth happening.

When Coronavirus Pivots Education Plans: How To Set Up A Homeschooling Space Anywhere