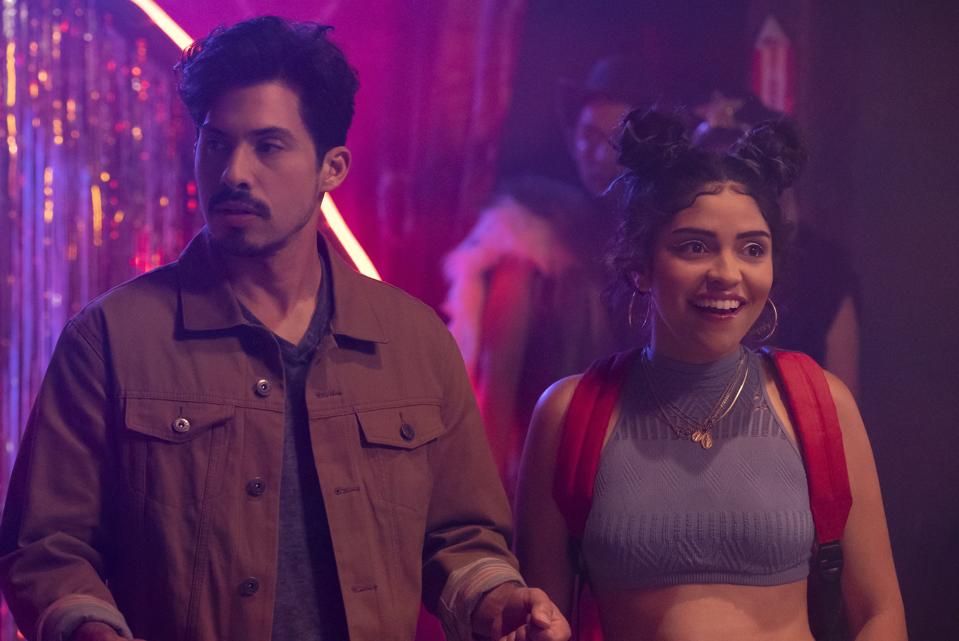 Los Angeles wouldn’t be the city it is today without Mexican Americans and their vibrant, influential culture. Their contributions have been so powerful over the decades, specifically on the West Coast, that Netflix’s latest dramedy, Gentefied, attempts to tackle the complex history of the culture’s evolvement and how a neighborhood in East L.A. is currently grappling with gentrification.

Based in Boyle Heights, creators Linda Yvette Chavez and Marvin Lemus have teamed up with America Ferrera to create a series that showcases the many depths of Mexican American families in today’s political climate.

Embellished with memorable imagery such as Erik (played by J.J. Soria) wearing Cortez’s with high socks and Ana (played by Karrie Martin) eating Hot Cheetos with chopsticks, Gentefied further follows three cousins with three separate experiences despite rooting from one shared unit. In an ultimate struggle to stay true to their culture, they all experience generational gaps with their grandfather and parents.

Ana is a struggling local artist, while Erick is trying his best to serve as the ultimate family man with a baby on the way and Chris is pursuing gastronomy and fine dining.

Though each narrative is contrasting by nature, each share a common interest in helping their Pop (played by Joaquín Cosío) preserve the family business, Mama Fina’s Tacos, in Boyle Heights. The battle includes trying to remain an authentic taqueria and adjusting to the ever-changing gentrified demographic in the neighborhood.

While the cousins are dealing with helping their grandfather, Chris struggles with his Mexican American identity — not being either Mexican enough nor American enough for either party. Named a “yuppie” by his very own relatives, he feels the need to proof his worth as a true Mexican in the kitchen when his counterparts put him to the ultimate test.

Ana, who is a struggling LGBTQ+ artist, finds her passion of painting difficult in her local community after she creates an LGBTQ-friendly mural on the side of a bodega. Supported conceptually and financially by a white man (who now owns the building), she feels torn because she doesn’t want to lose the respect of her community, but she also needs a consistent income.

Lastly, Erik is one of the cousins who is religiously helping Pop with Mama Fina’s Tacos while attempting to maintain a healthy relationship with his progressive ex-girlfriend, Lidia, by working on his toxic machismo behavior.

Gentefied’s storylines are just as multi-layered as the characters who star in the show, proving that immigration and gentrification are just a few of the significant issues Latinos are facing today. Latinos deal with an array of issues, including (but not limited to) identity, self-actualization, tradition and self-worth, among others seen in the Netflix original.

The show further highlights how first generation individuals struggle to have their elders understand their personal dreams. It’s with mere respect as their parent’s generations have had to make many sacrifices to provide for their families, focusing on the overall survival of the family’s legacy, as oppose to their personal gains. There’s no right or wrong approach, but the series shows how the different generations have two complex experiences.

Gentrification, realistically-speaking, is occurring at such a rapid pace, especially in Los Angeles, but nothing can defeat a Mexican American family’s strength to stand by each other in times of turmoil. Gentefied demonstrates just that in a very beautiful and moving way.

Can You Look At These 16 Award-Winning New Photos Of The Northern Lights Without Getting Itchy Feet?