Breaking
‘Remnant: From The Ashes’ Is Cheaper Than Ever...
Top Stocks To Buy Today As Markets Rise...
Making America’s Trumps Pay Their Fair Share
Fortnite Season 4, Week 9 Challenges Revealed And...
Yesterday You Were Just A Business; Today You...
Should Your Company Help Get Out The Vote?...
Hyperautomation And What It Means For Your Business
Parker-Hannifin Crosses Pre-Covid Peak But Investors Set To...
6 Reasons Your Cold Messaging Efforts Fail And...
4 Analytics Categories To Track To Improve Your...
Predictions 2021: Cloud Computing Powers Pandemic Recovery
This Is Why You Need A Strategy In...
Economic Research Exposes Significant Flaws In DOL H-1B...
How Breast Cancer Turned This Entrepreneur Into A...
Bitcoin Price: What Next After Fresh Surge Toward...
Societal Platform Thinking
Home Finance New Bank Of England Governor Sent Bitcoin Buyers A Stark Warning
Finance

Bitcoin crashed this week, losing almost 50% of its value in a little over a week—with some thinking it could fall even further before finding a firm floor.

The bitcoin price, well known to be highly volatile, had climbed over $10,000 last month before crashing back in the face of broader market turmoil caused by the spreading coronavirus—hitting lows of just under $4,000 per bitcoin before rebounding to around $5,000.

Ahead of bitcoin’s massive sell-off this week, the incoming Bank of England governor, Andrew Bailey, warned that bitcoin investors need to “be prepared to lose all [their] money”—adding his voice to a raft of bitcoin warnings from top government officials and regulators. 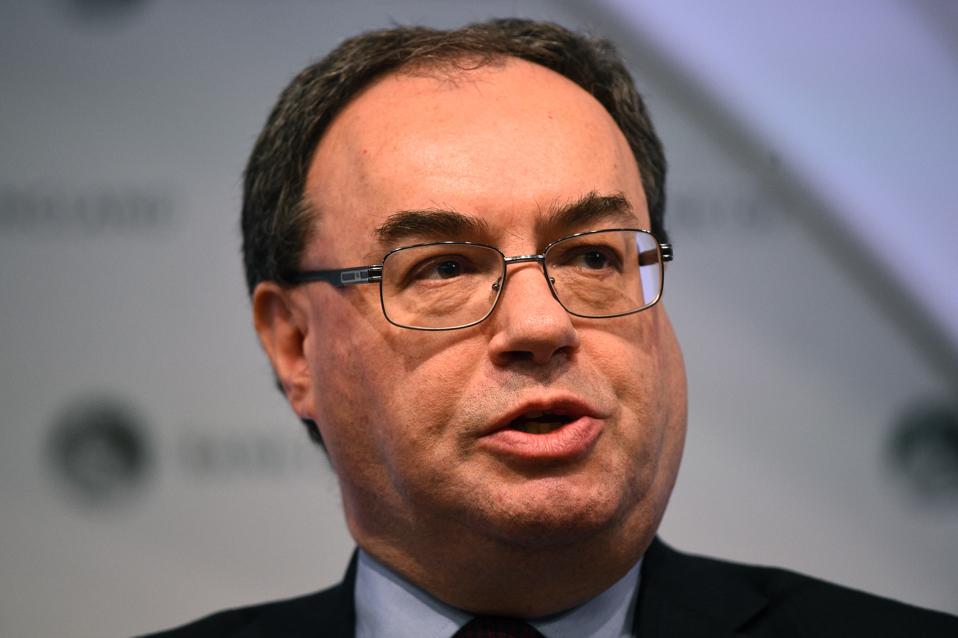 Andrew Bailey, the incoming Bank of England governor, has previously said that owning bitcoin is … [+] similar to gambling.

“There’s no guarantee of the value of bitcoin,” Bailey, who will begin his term as Bank of England governor tomorrow, told the U.K.’s Treasury select committee at the beginning of the month, where he was defending his record as head of the country’s Financial Conduct Authority watchdog, adding bitcoin “hasn’t caught on that much.”

Bailey, who served as the deputy governor of the Bank of England from 2013 to 2016, has previously slammed bitcoin and other cryptocurrencies, comparing bitcoin investors to gamblers in 2017 because “[bitcoin] is not a currency” and is “a very volatile commodity in terms of its pricing.”

Bitcoin’s sudden sell-off has caused chaos within the bitcoin and cryptocurrency community, with one veteran trader warning the bitcoin price could crash below $1,000 per bitcoin—a level not seen since bitcoin’s epic 2017 rally sent the bitcoin price from under $1,000 to around $20,000 in under 12 months. 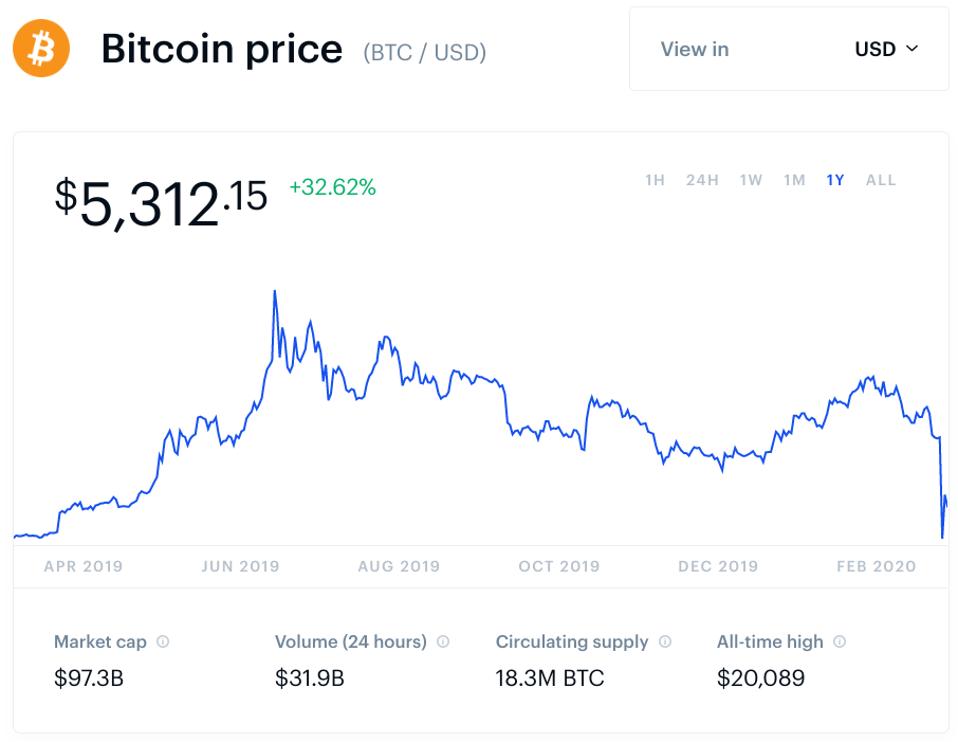 The bitcoin price has given up all of its 2020 gains over the last week, falling back to levels not … [+] seen since early last year.

Bitcoin’s massive crash this week has been put down to global market turmoil sparked by oil cartel Opec’s failure to agree to a supply cut last weekend, sending the oil price to historic lows—but some think bitcoin’s move lower could have its origins elsewhere.

Opec, lead by Saudi Arabia, had wanted to cut oil production due to weaker demand caused by spreading coronavirus but some members, including Russia, torpedoed the plan.

Meanwhile, Bailey said the Bank of England would move quickly to soften the economic impact of the coronavirus outbreak under his leadership.

Tonight’s ‘The Walking Dead’ Is An All-Time Great Episode, Don’t Miss It