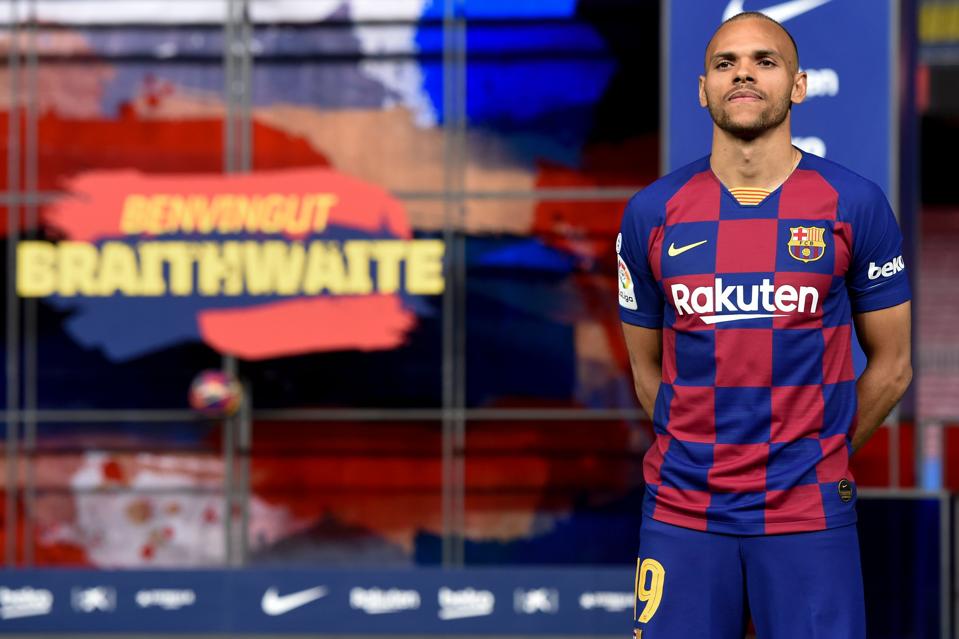 It’s not often that football players can make a seamless transition into business, let alone doing so during their playing careers.

The Danish international, bought by the Catalan club as an emergency replacement for Ousmane Dembele, has cost €18m and has been handed a four-year contract.

Having been signed from Leganes, the Madrid-based side involved in a relegation scrap in Spain’s La Liga, Braithwaite will now have the opportunity to help fire Barca to the title, alongside the likes of Lionel Messi and Antoine Griezmann.

But it’s not only on the football pitch where the intelligent and driven striker excels, however. 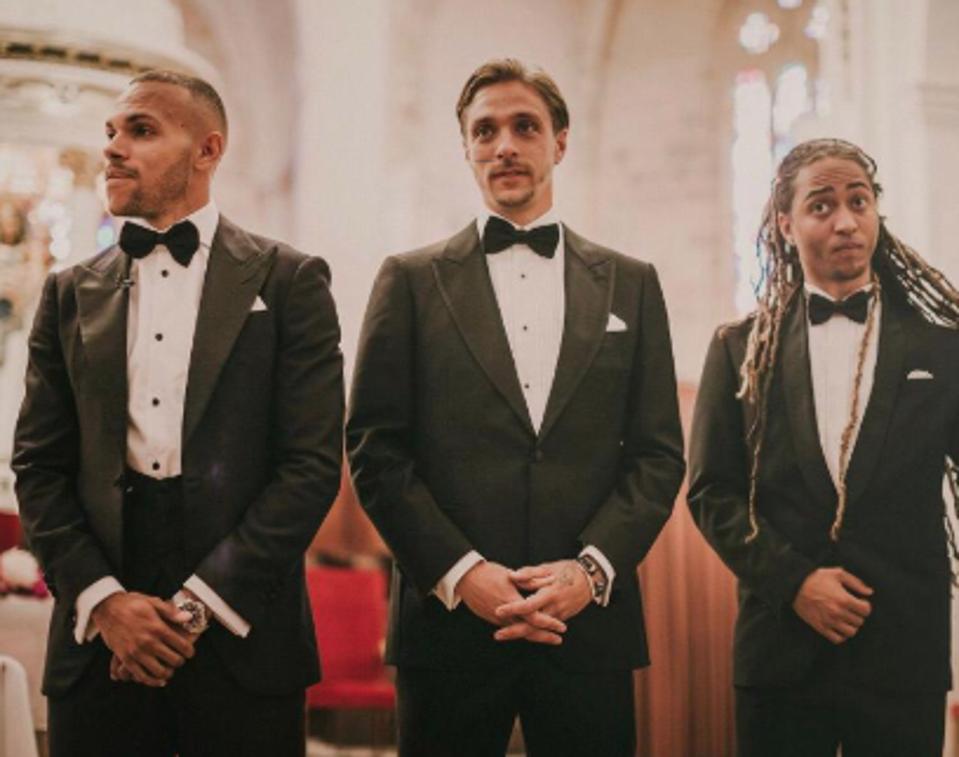 Along with his uncle, Philip Michael, an entrepreneur, real estate developer and bestselling author (Real Estate Wealth Hacking: How To 10x Your Net Worth In 18 Months), Braithwaite has just broken ground on the first smart home project in Philadelphia.

Think of it as AI + VR meets Tinder. It’s called ‘The TEMPLE,’ and, once completed (Phase 1 is due November 2020), will boast numerous hi-tech gadgets. Built for Temple University student housing, it will have Virtual Reality leasing, AI-powered VIP concierge and keyless/facial recognition as just the tip of the iceberg. 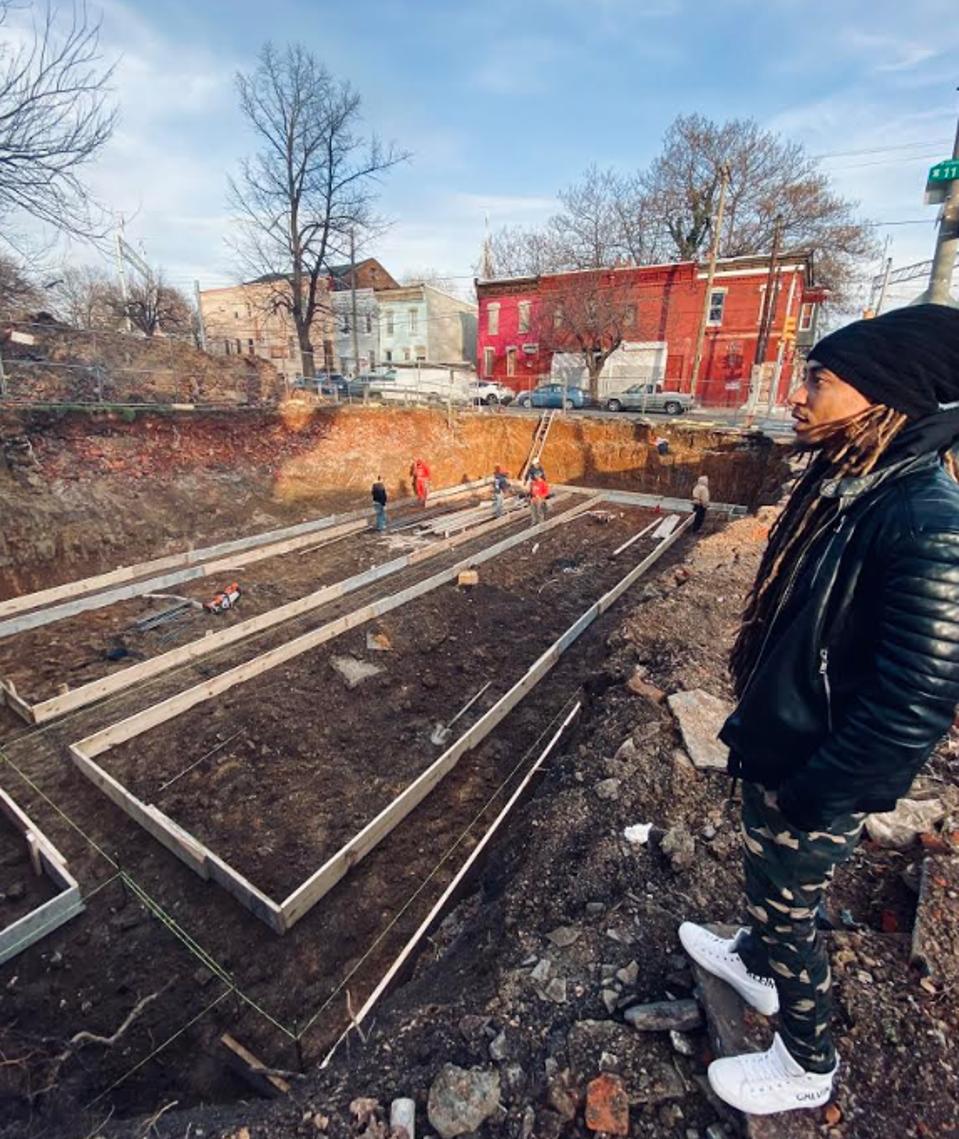 It’s safe to say that Braithwaite and Michael are excited.

“It’s basically a college student’s wet dream, built for the Gen Z and their needs,” Michael, CEO of NYCE Companies said. “The process of renting, finding roomies, and living, period, is so old school. We’re trying to make it more smooth and virtual, just like Tinder and Uber were to dating and transportation.”

What’s more, the project is aimed at reducing the Millennial Wealth Gap, an economic trend that is widening between white and non-white millennials. At present, the average millennial in the US has a net worth of just $8,000, and Michael is crystal clear on the vision that he and Braithwaite have for the future.

“Number one, you always want to inspire and empower people to pursue their dreams and that anything is possible,” he said. “Martin is living proof of that.”

Michael himself started off his empire with very little money. Less than $100 in fact. But through sheer hard work and determination, not unlike Braithwaite’s, both are now realising their dreams and seeing that anything is truly possible.

“Real estate is one of the most effective ways to accumulate equity; we’re a perfect example of that. We want to help create 200,000 new millennial moguls and our projects will be the seed equity of just that.” 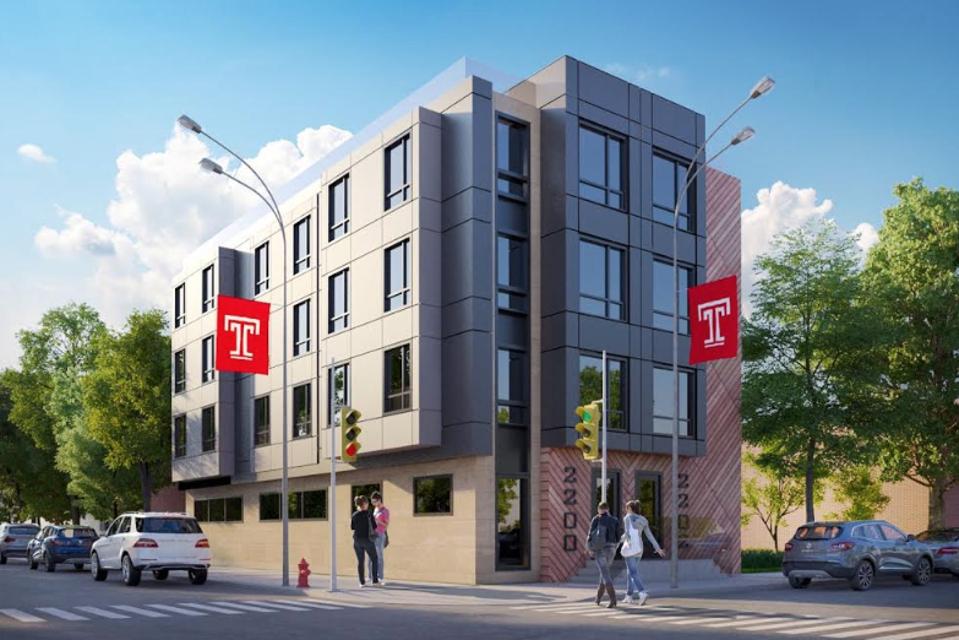 The TEMPLE isn’t Braithwaite and Michael’s only ongoing project either.

“I’m really proud of that one and what we can do with it,” Michael noted. “That’s a legacy project.”

Just a 12 minute NYC metro ride into downtown Manhattan, or a five minute ferry into the Wall Street District, Jersey City has been dubbed ‘the next hot NYC Metro neighbourhood,’ and ‘the hottest real estate market in N.J.’

With black wealth currently at about 7% compared to their white counterparts (according to a US census), Braithwaite and Michael are keen to partner with millennial investors ($250 minimum buy-in) in 2020, to help wipe out that wealth gap.

It’s worth noting too, that if things stay as they are the wealth gap between whites and people of colour will take approximately 228 years to close.

And that’s not something the pair are prepared to let happen without at least trying to do something about it. 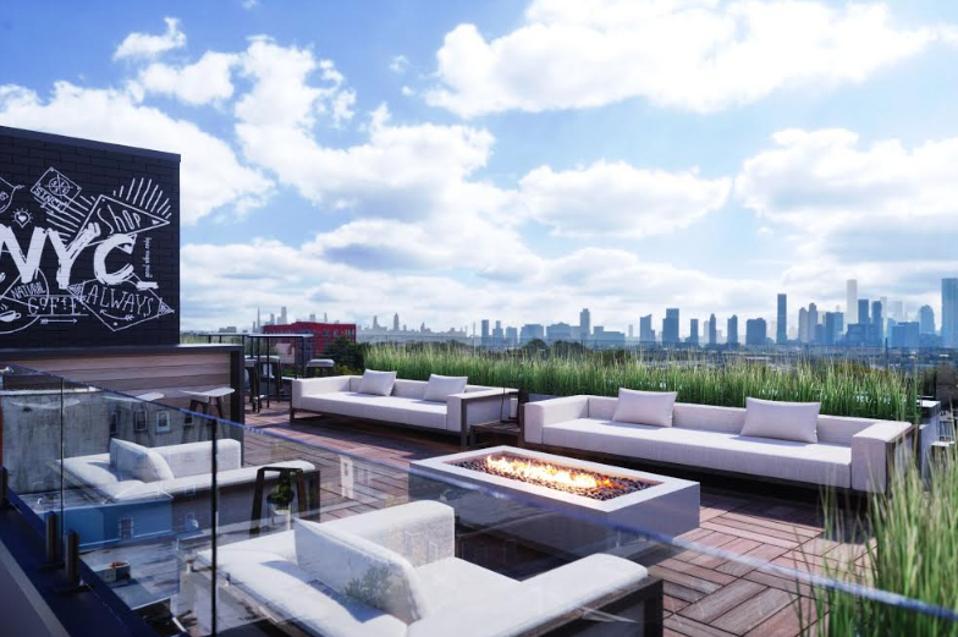 The roof terrace at MERCER in Jersey City, NYC.

Michael, a Danish native, also notes; “Millennials of colour and women, in particular, have been dealt a crappy hand; especially over here. But the reality is, you can’t change the hand you’re dealt.

“However, if you can impact 100k new investors, new business owners, you now have 100,000 people with new money habits—and THAT’s how you impact change for the generations to come.”

Back in November 2017, both Michael and Braithwaite had a mission and $850k to start. Now the company has $10.2m in assets and $60m in projects actively under development, proving beyond doubt that what they do works.

All of the buildings in the Michael/Braithwaite portfolio are affordable housing too, and come in at just above the lower end of the scale in pricing terms, when set against comparable residences in the locale – none of which are quite as hi-tech it must be said. 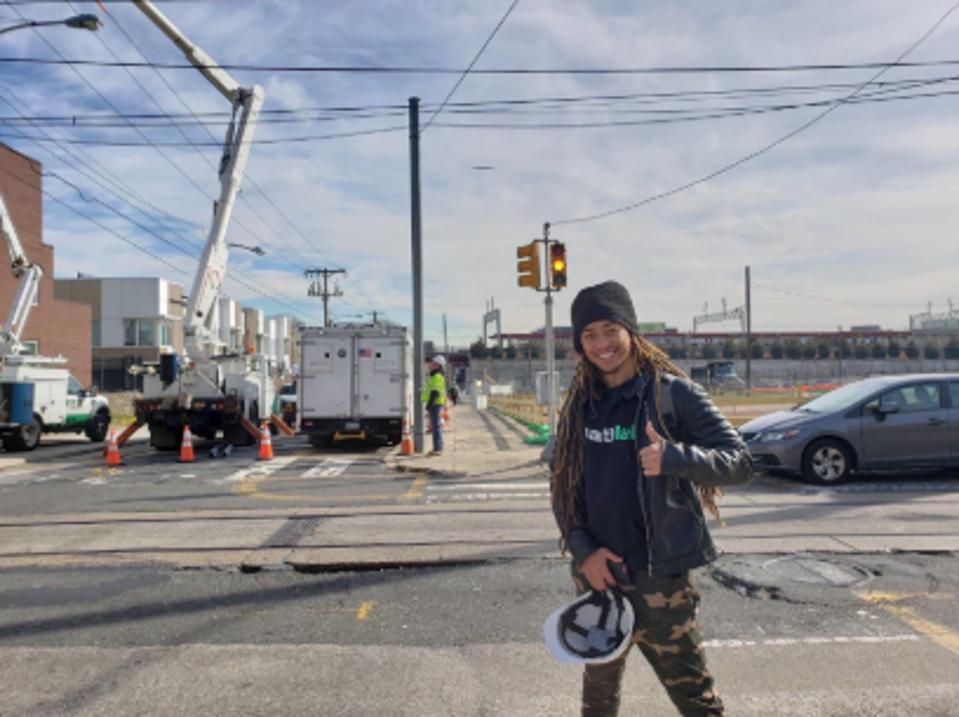 Philip Michael at the site of one of his business ventures.

“Again, it’s taking an old way of doing it and making it congruent with how people live today, which is off their phones,” said Michael, who is also an investor in wealthlab.co. “People date, socialise, get around and work off their phones. It just makes sense to tailor the living experience around that anchor.”

The mission for Michael is to create a $1bn millennial-owned real estate community by 2025, and with business remaining on an upward curve, he’s well on target to achieve that aim.

With a footballer’s career being notoriously short, Braithwaite has positioned himself perfectly to fall back on something worthwhile and tangible once he hangs up his boots.

“Obviously Martin will be doing his thing over there, and has been doing his thing for a while, on and off the pitch,” Michael concluded. “I’ll say it again. Anything is possible. As long as you put your mind to it.”

How To Redefine The Future Of Fraud Prevention