Breaking
How to Develop a Winning Digital Marketing Strategy...
5 Critical On-Page SEO Factors That Impact Your...
How An Indonesian Healthcare Clinic Is Fighting Climate...
Ransomware Group Targets Hospitals At Height Of Pandemic
Zoom Is Now Worth More Than ExxonMobil—And Founder...
Stimulus Checks For $375 Will Be Issued In...
Want to Boost Your Business Marketing? Hire a...
What We Know—And Don’t Know—About Biden’s And Trump’s...
The FDA Will Not Inspect Vaccine Production Plants
Three Things Newborns Can Teach CEOs
Got Negative Feedback? Nine Smart Strategies For Handling...
The Last Mile: Teaching Incarcerated Individuals How To...
This Start-Up Is Democratizing Non-Invasive Beauty Treatments For...
A Conversation On The Vitality Of Self-Employed Individuals...
Behind The Curtain—Chapter 11 From The Inside—Chapter 15—Closing...
Inclusive Hiring: How To Address Bias In The...
Home Technology New ‘Call Of Duty: Modern Warfare’ Season 3 Promo Confirms This Character’s Fate
Technology 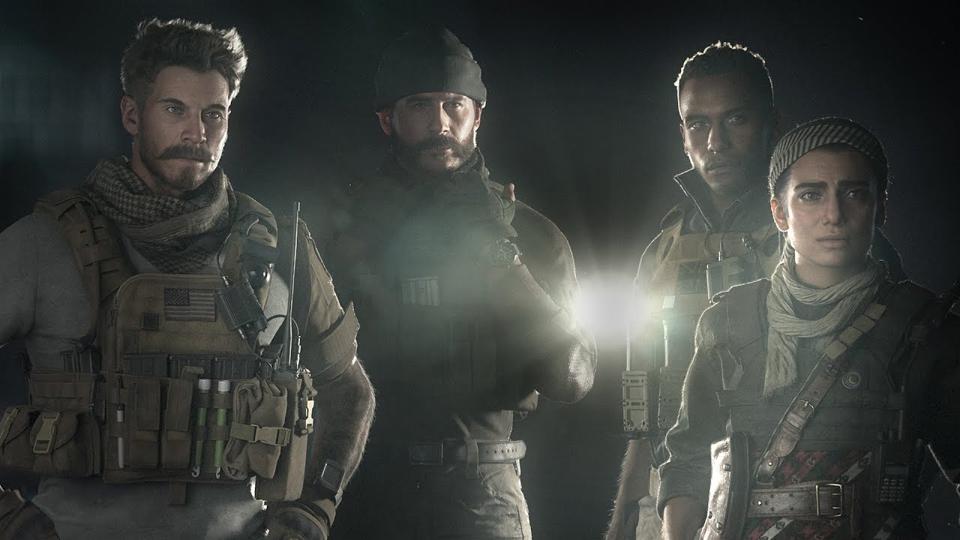 Season 3 of Call Of Duty: Modern Warfare is almost upon us. The new season starts this Wednesday and adds a bunch of new stuff like maps, modes and a brand new Operator.

It’s that last one that we’re going to talk about. The other day, Activision and Infinity Ward shared the first Season 3 teaser image on social media. It shows the new Operator but doesn’t name him:

People had guesses, however. It looks like Alex, a CIA operative and one of three playable protagonists in the single-player Modern Warfare campaign.

Interestingly, this image shows Alex sporting a prosthetic leg. That’s a big clue—beyond his appearance—that it really is Alex. After all, at the end of the campaign he stays behind in the chemical weapons factory to set off the charges and, although we never see his body, he’s presumed dead.

Of course, nobody really knew one way or another, and plenty of people theorized that he had, in fact, survived somehow and would make his return in the next game.

Well it looks like he’s making his return much earlier in multiplayer. We know this is Alex for sure now thanks to a promotional email Activision sent out this evening with this image: 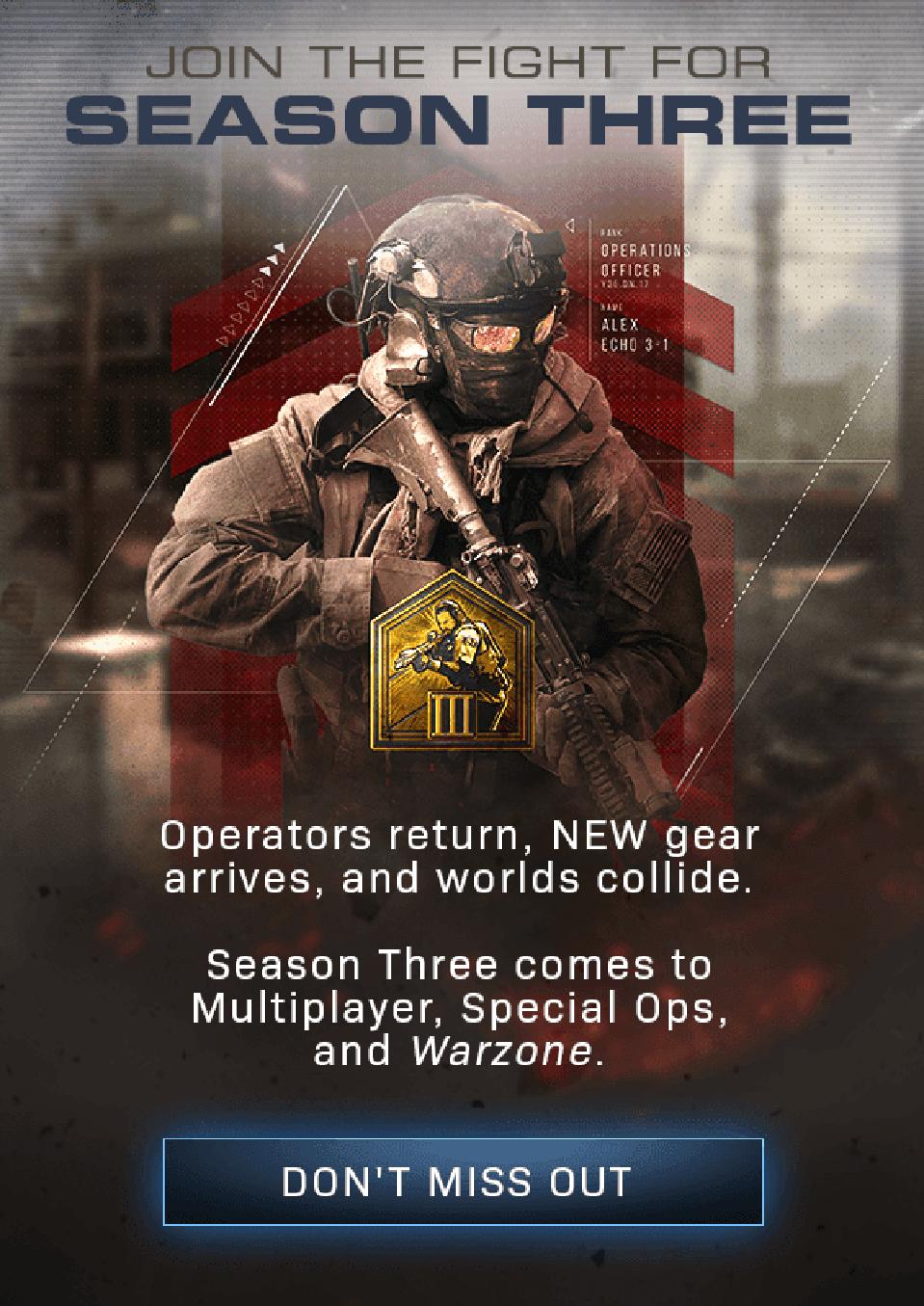 The writing to the right of Alex’s head reveals that this is, indeed, Alex. It even includes his call sign, Echo 3-1.

So now we know that Alex survived the blast, though not unscathed. I’m glad. I really liked Alex and his self-sacrifice, while noble, would have ended his part in this franchise too soon.

Season 3 kicks off this Wednesday.

COVID-19 Drives Up Use Of Schedule-Based Dating App Flutter