Breaking
Everything You Need to Know About Corporate Social...
Is Adaptive Leadership the Key to Motivating Employees?
Why business events are set to return with...
Business events set to return with a bang!
Expanding Internationally: 5 Things to Consider for eCommerce...
How the Machine Shop Is Going Digital in...
Sustainable Food Packaging Is Helping the Hospitality Sector...
Top 5 Investment Practices To Make More Money...
Managing IT Requirements for SMEs: 5 Aspects that...
How To Build a Successful Luxury Brand In...
Finding The Best Google AdWords Consultant for Your...
8 Top Tips To Help Your Agricultural Business...
Three Reasons Why Office Décor and Design Are...
Looking To Improve Efficiency In Your Business? Here’s...
AI and machine learning for business
How Social Media Changed the World
Home Business New Chicago Bulls Executive Arturas Karnisovas Gets To Work Building Front Office
Business 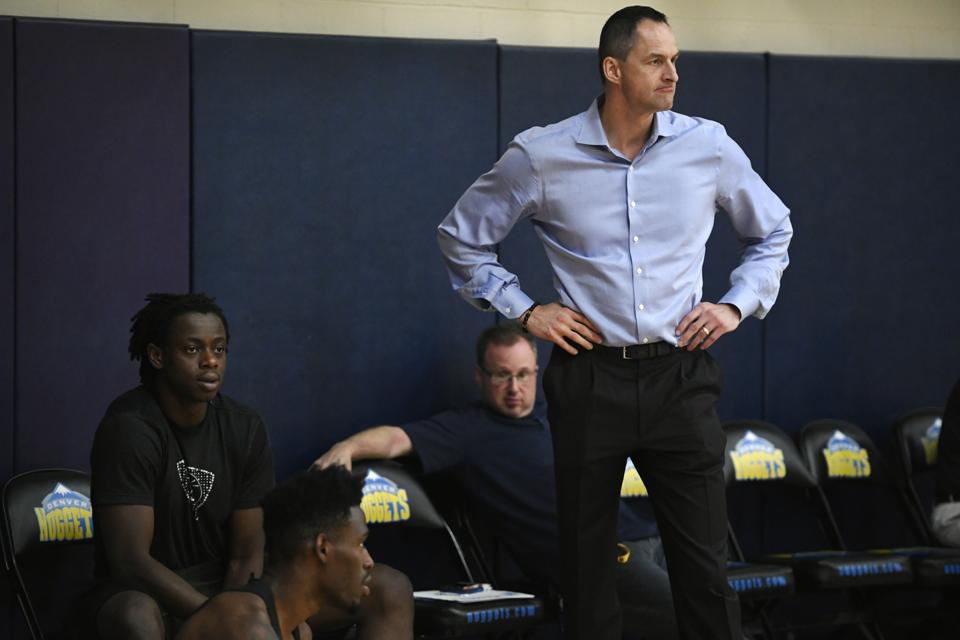 Arturas Karnisovas hasn’t even been officially announced as the new Chicago Bulls executive vice president of basketball operations, but he’s already working on building what promises to be a diverse front-office staff.

Karnisovas’ first move was agreeing to a deal with New Orleans Pelicans executive director of basketball administration J.J. Polk to be an assistant general manager. Polk went to law school at the University of Illinois and is known for his knowledge of the salary cap.

K.C. Johnson of NBC Sports Chicago reports the Bulls plan to hire multiple assistant general managers, catching up with the times in the modern NBA. Chicago has historically employed a smaller front office, but Karnisovas and Michael Reinsdorf share a vision to build depth.

Former Bull Nazr Mohammed is another name in play for a job in Chicago. Mohammed has worked for Sam Presti in Oklahoma City.

The biggest hire Karnisovas must make in the front office is general manager. After the Bulls took some heat for a lack of minority candidates for the lead executive role (Reinsdorf pushed back on this criticism), Yahoo Sports’ Vincent Goodwill first reported that Karnisovas plans to hire a person of color to be general manager.

The current list of top targets mostly reflects this. Woj named assistant general managers Calvin Booth (Nuggets), Marc Eversley (76ers), Mark Hughes (Clippers) and Matt Lloyd (Magic) as top targets, with others possibly involved as well. Booth, Eversley and Hughes are all African American, while Lloyd previously spent 13 years in the Bulls’ front office. Booth is a strong candidate to replace Karnisovas in Denver, so it might be tough to lure him to Chicago.

The Chicago Sun-Times’ Joe Cowley mentioned Thunder vice president of basketball operations Troy Weaver and Dallas Mavericks vice president of basketball operations Michael Finley as candidates as well. However, Goodwill’s report claimed the Thunder denied the Bulls an interview with Weaver while The Undefeated’s Marc J. Spears says Weaver declined the opportunity to be a part of the second round of interviews for the job Karnisovas got because he thought it was a “token offer,” so there are conflicting reports out there about his candidacy.

Cowley mentioned Mohammed as a possible candidate for general manager, but Johnson’s report says the discussions with the former Bull are for an “undetermined role” in the front office.

Either way, the Bulls are casting a wide net as they look to build a front office with diverse voices. In addition to what they’re already doing with the main basketball operations positions, the Bulls want to beef up the scouting and analytics departments, and they’ll likely make other changes across the organization. Money isn’t expected to be an issue during this overhaul, with Cowley even reporting that Karnisovas “didn’t come cheap from Denver.”

It’s still unclear what will happen to former general manager Gar Forman and head coach Jim Boylen. Johnson reports Karnisovas has had at least one conversation with Forman, with more dialogue expected. Forman appears targeted for either a scouting role or a dismissal.

Boylen is as confident as he can be when it comes to his job security, but he has to understand there’s a strong likelihood he’s replaced now that there’s a new head of basketball operations in place. The embattled head coach would at least like a sit-down with Karnisovas before a final decision is made. It’s unclear if that will happen, and while Boylen has his supporters in management, Karnisovas will make the final call.

Moving on from Boylen should be a no-brainer, and Toronto Raptors assistant coach Adrian Griffin is a name to watch. Griffin played with Karnisovas at Seton Hall and has a lengthy assistant coaching resume, including with the Bulls under Tom Thibodeau. Griffin had multiple playing stints in Chicago.

Former Brooklyn Nets head coach Kenny Atkinson is also a popular name thanks to how he developed an up-and-coming Nets team the last few years. There are sure to be a host of other names involved in a coaching search if Boylen is indeed fired, but Karnisovas will focus on the front office first before making a coaching decision.

Time For Mauricio Pochettino To Take The Reins At Real Madrid