Breaking
Meet George The Poet: Spoken Word Artist Partnering...
Parrot Plumage Color May Be Linked To Body...
Recent Precious Metals Dip A Buying Opportunity
Looking For Venture Capital? Here’s How One 50+...
Growing Your Retirement Money Using 401(k) Dollar-Cost Averaging
Wellness Exec Abby Miller Levy Partners With Venture...
Microsoft Teams Issues Strike To Zoom With Tidal...
What’s Coming For The S&P 500 In October
4 Ways You Can Showcase Empathy With Your...
A $22,000 Microsoft Surface Will Soon Be For...
Zooming In – Should SMEs Invest In The...
iOS 14: The Surprising Security Risk Of Sharing...
How A Break From Lord Sugar Changed The...
Sunday’s Google Doodle Is Actually About Google
Office Of The Comptroller Of The Currency Chief...
Source Code For Multiple Windows Operating Systems Publicly...
Home Business New England Patriots Bypass NFL Waiver Wire To Acquire Cornerback Michael Jackson
Business 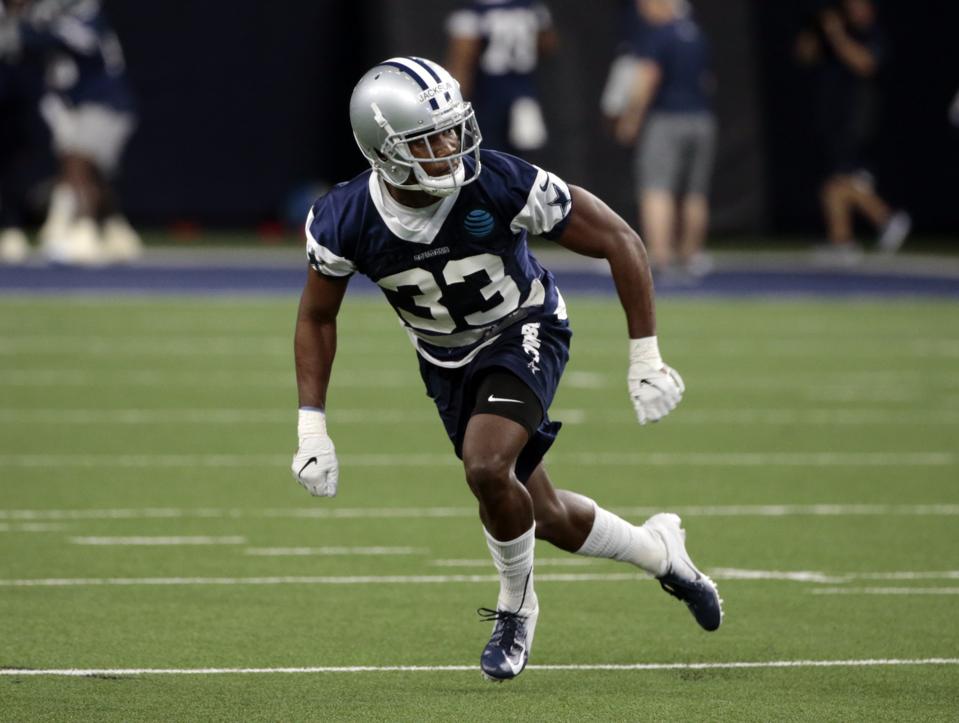 The Detroit Lions planned to waive cornerback Michael Jackson on Sunday. Those plans, in fact, were announced by the organization.

But things changed before the move became official in the evening. And Jackson, unlike a handful of other recent Lions now subject to waivers, wouldn’t be available for the rest of the league’s teams to claim by then.

The New England Patriots acquired Jackson for a conditional 2022 seventh-round draft choice instead, according to the NFL transaction wire.

It is a flier. It is another name in a long line of trades made with former Patriots director of pro scouting Bob Quinn as well as longtime defensive coordinator Matt Patricia.

But it’s also an athletic profile that New England, sitting further down the NFL priority order, chose to be proactive with.

Jackson, 23, had started 23 games between his junior and senior seasons as a member of the Miami Hurricanes. There would be 85 tackles totaled over that span. Also along the way were 3.5 sacks, 15 pass deflections and four interceptions. Honorable mention and second-team All-ACC recognition met him. As did an invitation to the NFL Scouting Combine in 2019.

Jackson was among its standouts. The press-man product posted a 40.5-inch vertical and 10-foot-10 broad jump there at Lucas Oil Stadium in Indianapolis. And at 6-foot-1, 210 pounds, he ran the 40-yard dash in 4.45 seconds.

The Dallas Cowboys would select Jackson in the fifth round of that year’s draft.

By the seventh round, the Patriots had selected fellow cornerback Ken Webster out of Ole Miss after a combine performance that gave way to a 43-inch vertical, 11-foot-1 broad and 4.43 40-time.

Webster is a Miami Dolphin now as a result of the waiver system. And like him, Jackson is no longer with the same war room that filled out his draft card.

Jackson began his rookie season on the Dallas practice squad before agreeing to join the Detroit 53-man roster in October. He went on to appear in one game during the regular season, with a pair of snaps coming on special teams.

The Patriots had five open spots on the active roster with the opt-out deadline reaching the rearview last week. Adding Jackson makes it four.

More movement is ahead before September. An expanded practice squad that includes protected players is, too.