Breaking
ESBC Major Updates: Tons Of Heavyweight Greats Added...
How to Run Nonprofit Marketing Ads
Entrepreneurs Are Bringing Transparency To Home Buying And...
Best Incentive To Get Vaccinated: Money, Messaging, Or...
Page Level Query Analysis at Scale with Google...
How A CIO Can Align IT With Business...
Blogger of the Month: Jo, Girl Eats World
6 Things Women In Business Know That Men...
How to Use First-Party Data for Ad Personalization
Pressing Reset—Putting A Fallen Unicorn Back On Its...
How We Went Viral: Promoting Content with Influencers,...
Blame Olympic Record Price Tag For Return To...
Apple iOS 14.5 Release: Should You Upgrade?
How to Come up with Podcast Topics and...
Why Gaming Gear Company Razer Launched A $50...
Technical SEO Implementations to Increase the Impact of...
Home Business New Guidance Issued On Next Round Of PPP Loans: An Overview For Small Businesses
BusinessEntrepreneurshipStart Ups 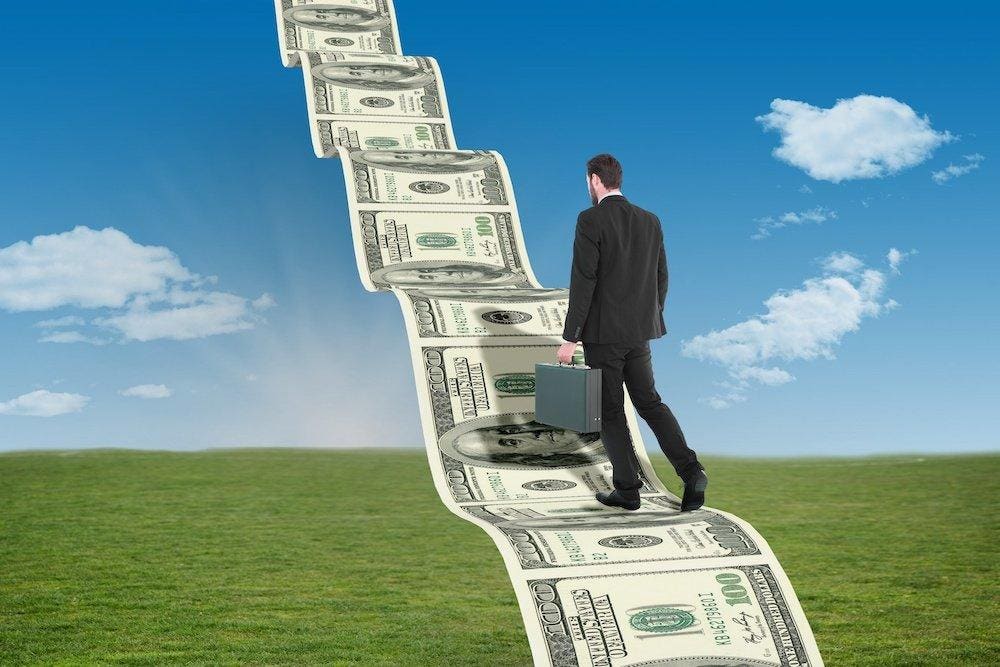 On January 6, 2021, the Small Business Administration (SBA) issued new guidance on which businesses are eligible and how to apply for the new round of Paycheck Protection Program (PPP) funds authorized in the new Economic Aid to Hard-Hit Small Businesses, Nonprofits and Venues Act (Economic Aid Act) signed into law on December 27, 2020.

The main takeaway is that any business that did not receive a PPP loan previously, or those businesses that experienced a 25% reduction in revenue in one quarter of 2020 over 2019, can apply for this new round of PPP. Even more helpful, businesses, sole proprietors, and independent contractors applying for loans of $150,000 or less and based on the same calculation as round one—2.5 times one month of 2019 payroll—do not have to submit new documentation if applying through the same lender. The new regulations do give lenders the ability to request additional documentation from borrowers if they deem it necessary.

These borrowers of less than $150,000, however, have to document the reduction in revenue upon applying for forgiveness. The new program will open as soon as lenders can reestablish the process, and it expires on March 31, 2021.

Borrowers of loans in excess of $150,000 will have to document their reduction in gross receipts upon applying for round two of PPP. The simplest method to do so, according to the regulations, is to submit 2020 and 2019 tax returns if available. If not, quarterly financial or bank statements may suffice.

Unlike the first round of PPP, however, while the method of calculating the new loans is the same, the new loans are capped at $2 million. In addition, while first-time borrowers can have 500 or fewer employees as in round one of PPP, second-time applicants can only have a maximum of 300 employees.

The new PPP loans are largely subject to the same terms and conditions of the first round, including the following:

Borrowers applying for a second round of PPP must also have used all of the first tranche of funds prior to or by the date of receiving new funds. And, while those businesses that were or are temporarily closed due to the Covid-19 pandemic may apply for round two, those business that are permanently closed cannot.

The new law also carved out additional benefits for restaurants, hotels, and other businesses under the NAICS Code 72. These businesses can calculate their loan amount by multiplying one month of 2019 payroll by 3.5 instead of 2.5, thus receiving more funds. This also applies to seasonal businesses and those without 12 months of operating history. Further, for restaurants and hotels with multiple locations, as long as each one has fewer than 300 employees, each individual location may apply for a separate loan. The maximum loan amount across all locations, however, is capped at $4 million.

Other Articles From AllBusiness.com:

The Economic Aid Act also expanded the list of businesses that are now eligible to receive PPP loans. These new groups include 501c(6) organizations like chambers of commerce, nonprofits and religious entities, and local news organizations. These loans are also capped at $2 million.

In addition, the new law earmarked $15 billion in straight grants that do not need to be repaid for live entertainment venues, which were some of the hardest hit businesses due to Covid shutdowns. These businesses include theaters, museums, and zoos. It also includes businesses that represent performers. It is important to note that the main activity of a business must be live entertainment, so a restaurant that provides a nightly singer, for example, would not be eligible.

The SBA also issued Guidance on Accessing Capital for Minority, Underserved, Veteran, and Women-Owned Business Concerns in an effort to address the main criticism of the initial PPP. This criticism, harsh at times, was that small business of less than 10 employees, women- and minority-owned businesses, and those in economically disadvantaged areas, were shut out of the program while large businesses, chains, and publicly traded companies received funding.

This guidance outlined the following set-asides for these businesses:

The guidance outlines that the SBA will only accept loan applications from community financial institutions for at least two days after the loan portal reopens, and that it will engage in community and public outreach along with a media campaign to promote the program and encourage these groups to apply.

The SBA also outlines the businesses that were not eligible to apply for the new round of PPP, including the following:

Writ large, the new PPP round has the same requirements for having the loan forgiven and turned into a grant. Borrowers still have to use 60% of the funds on payroll and 40% on expenses over a 24-week period. In a positive development, borrowers of loans of $150,000 or less can “check the box,” self-certifying they used funds according to regulations, making the application process much simpler.

In addition, the Economic Aid Act expanded the list of expenses from the original short list of rent, utilities, mortgages, and interest on existing debt, to include essential supplier costs, personal protection equipment, and operational expenses such as software, accounting, and cloud computing.

As with round one, borrowers must still attempt to keep their head count intact to the extent possible. A reduction in over 25% of salaries will result in a commensurate reduction in overall forgiveness. The rules do provide the caveat that if a borrower cannot find employees to rehire, or if they are shut down due to Covid, they have a “safe harbor” and will not be penalized for a reduction in head count of greater than 25%.

The rules also now do not require borrowers to deduct any grants they received if they applied for the SBA’s other loan program, the Economic Injury Disaster Loans (EIDL). These grants were anywhere from $1,000 to $10,000 depending on the number of employees. The EIDL grant program did run out of money and the Economic Aid Act refunded the program to the tune of $40 billion. Businesses that did not apply for the grant or that did not receive the full amount can now apply.

One of the biggest issues with the first round of PPP was the unintended tax consequences. While it was clear that a forgiven PPP loan would not be considered income, Treasury guidance did not permit normally deductible expenses paid for by PPP funds to be deductible. By incurring this tax burden, the government was, in fact, taxing PPP grants. Due to effective lobbying by every business group in Washington, the new law fixed this problem and now expenses paid for by PPP funds are deductible.

Finally, businesses that received PPP loans were not eligible to also take the Employee Retention Tax Credit. This program allows employers to deduct up to $14,000 per employee on tax withholdings. Now businesses are able to get PPP loans and avail themselves of the tax credit, providing they can show a reduction of revenue of 25% or more in a quarter of 2020 over 2019. The tax credit is available in Q1 and Q2 of 2021 and is both refundable, meaning the IRS will send employers checks, and advanceable, meaning employers can apply for the credit in advance of paying their employees.

While it took Congress nine months to pass this new legislation and President Trump over a week to sign it, the new measure does provide many fixes to PPP and opportunities for new funding at a time when economic uncertainty still looms. And like with the first round, new regulations are certain to be forthcoming, especially around the outstanding issue of audits for borrowers over $2 million.

Further, with the new Biden Administration being sworn in January 20, 2021, and a Democratically controlled Senate and House, new regulations and relief packages are on the horizon. In the meantime, the Economic Aid Act and new regulations improve PPP and expand it to those businesses that need it most.

Neil Hare is an attorney and President of Global Vision Communications, where he specializes in small business policy, advocacy, and communications campaigns; follow him on Twitter @nehare and on LinkedIn. See more of Neil’s articles and full bio on AllBusiness.com.

This article was originally published on AllBusiness.

3 Reasons To Buy SoFi Stock After Its SPAC IPO

Nintendo Switch Pro: What We Know, And What We Don’t