If the embarrassing butterfly keyboard wasn’t enough, the latest leak around Apple’s smaller MacBook Pro laptop should be enough to reconsider buying a new MacOS laptop in the near future. As well as an improved keyboard, Tim Cook and his team are expected to use a game changing display when the MacBooks are updated later this year. 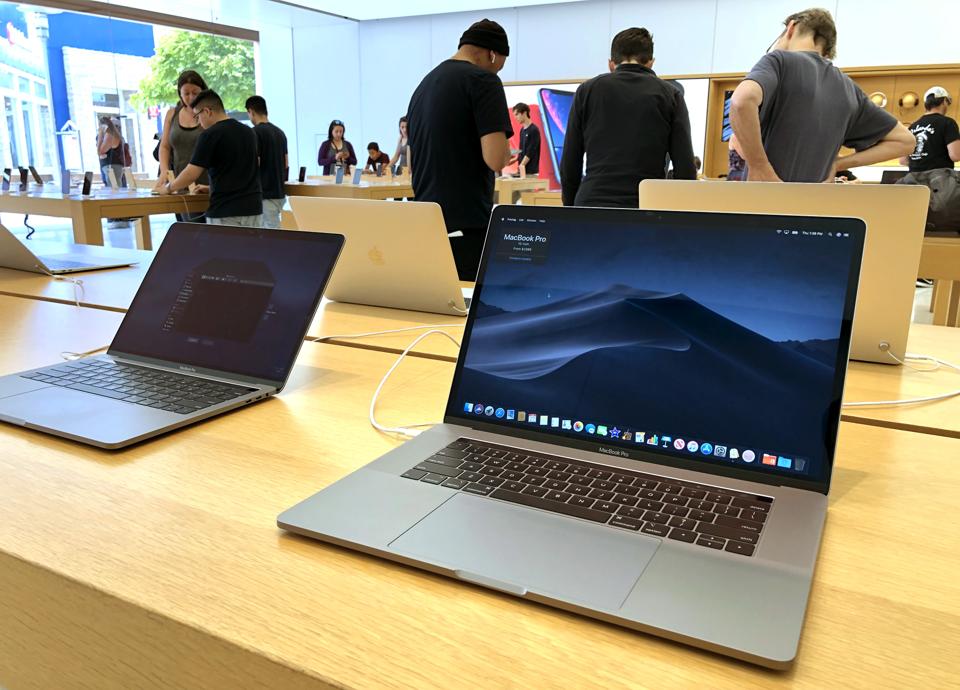 Although the larger 16-inch MacBook Pro launched last year introduced the scissor-switch ‘Magic Keyboard’, Apple’s smaller laptops are still hobbled with the temperamental and unreliable butterfly keyboard. It is difficult to recommend these laptops, knowing that Apple is likely going to replace the keyboard when the smaller MacBook Pro design is refreshed.

“The trend for Apple’s development and promotion of mini LED are more identifiable in five years. We predict that Apple is currently developing six mini-LED-support products (vs. the previous report of only two products), including a 12.9-inch ‌iPad Pro‌, a 27-inch ‌iMac Pro‌ in 4Q20, a 14.1-inch ‌MacBook Pro‌ (upgraded from 13.3-inch), a 16-inch ‌MacBook Pro‌, a 10.2-inch ‌iPad‌, and a 7.9-inch ‌iPad‌ mini in 2020.”

Mini-LED offers many of the advantaged of an OLED screen. It builds on the traditional LCD screen but with deeper blacks and a wider contrast ratio. The backlighting elements in mini-LED are much smaller, and therefore more of them can be packed into the same space. That means finer control over the light levels can be achieved, as well as an overall increase in brightness. That extra control allows for colours and contrast similar to the OLED panels found in most flagship smartphones,

It makes sense for the smaller MacBook Pro to pick up the same advantage. And if there is some new screen technology that can be added to the package, so much the better.

Previously an updated 16-inch MacBook Pro with a mini-LED screen was expected in the last calendar quarter of 2020. If that’s the case, then it is likely to be a double event with the new 14-inch Macbook Pro also announced.

A better keyboard. A larger screen. An improved display. That feels like a package worth waiting for.

How Much Should Older Workers And Retirees Invest In The Stock Market?

Collision Of Crises: How Covid-19 Will Propel Drug...