Breaking
How to Run Nonprofit Marketing Ads
Entrepreneurs Are Bringing Transparency To Home Buying And...
Best Incentive To Get Vaccinated: Money, Messaging, Or...
Page Level Query Analysis at Scale with Google...
How A CIO Can Align IT With Business...
Blogger of the Month: Jo, Girl Eats World
6 Things Women In Business Know That Men...
How to Use First-Party Data for Ad Personalization
Pressing Reset—Putting A Fallen Unicorn Back On Its...
How We Went Viral: Promoting Content with Influencers,...
Blame Olympic Record Price Tag For Return To...
Apple iOS 14.5 Release: Should You Upgrade?
How to Come up with Podcast Topics and...
Why Gaming Gear Company Razer Launched A $50...
Technical SEO Implementations to Increase the Impact of...
30 Brilliant Ways to Market Your Eco-Friendly Shopify...
Home Technology New Madden 21 Mode: ‘The Yard’ Might Infuriate Franchise Fans
Technology 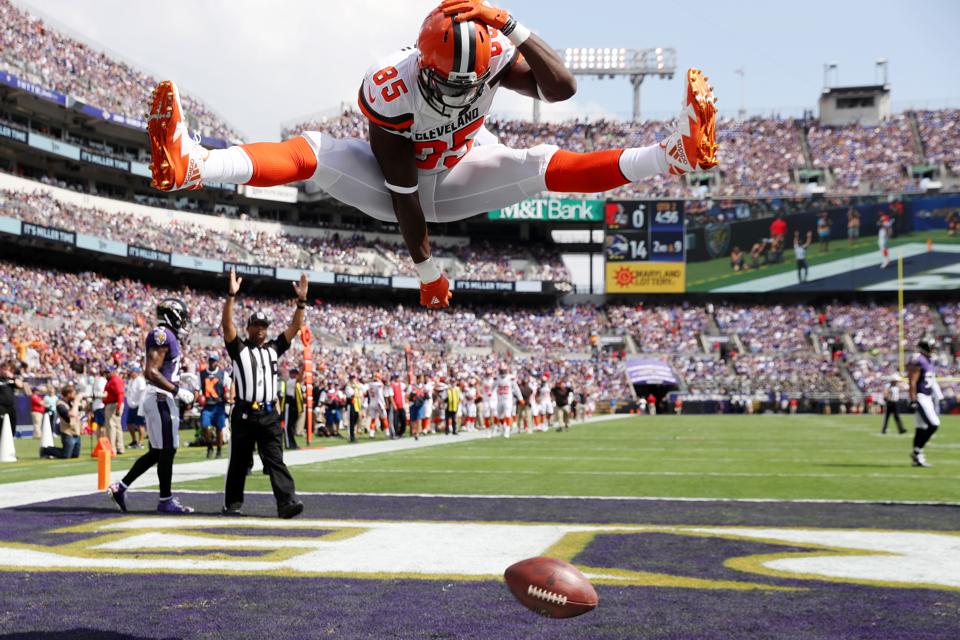 Could celebrations like this one be coming to Madden 21 in The Yard? (Photo by Rob Carr /Getty … [+] Images)

One addition to a sports gaming franchise’s feature set may not always equate directly to the subtraction or dilution of another, but those are the theories the general public will almost never be able to prove. In any case, prepare for Madden franchise fans to be even more agitated with EA in the coming days.

Twitter user Cameron Mertz gained access to an extended version of Madden 21, and among other things, he exposed a new mode likely coming to this year’s game that is called The Yard.

Based on screenshots I’ve seen, the mode is a 6-on-6 feature that charges you and friends to compete with backyard rules.

It sounds a lot like NFL Street, which was a great game, and it’s a smart concept to include in Madden. Bryan Wiedey, aka Pasta Padre had a poignant take on the mode’s inclusion.

He opines that The Yard may be EA’s attempt to–in some degree–circumvent the value of 2K’s upcoming, non-simulation NFL product.

It’s difficult to poke holes in that theory, though there could have been plans to bring this forward prior to 2K’s announcement. The bigger issue is how this will be received by franchise fans.

Because of the disappointing neglect of the game’s franchise mode, the addition of this mode might not go over well with fans of more traditional football concepts.

It’s quite possible The Yard was going to make its way into Madden 21 even if franchise mode and its fans were shown a little more respect.

Still, if The Yard is in, and in the least bit feature rich, it will be like standing on the nerve of the hardcore franchise mode fan. Can you imagine if there were initially plans to add to franchise mode, but those initiatives were placed on the back burner (or eliminated) because EA wanted to dull the impact of 2K’s football vehicle with The Yard?

We’ll have to wait and see what happens with The Yard, and the promised improvements to franchise mode closer to the Madden 21 release on August 25.