Microsoft is not alone in encouraging staff to work from home due to the continued impact of coronavirus around the world, and many staff are taking up that offer. One of them is Microsoft Senior Director Frank Shaw, who happily showed of his new home office on Twitter earlier this week.

And eagle eyed fans of all things Microsoft Surface spotted the latest hardware on his desk. The Surface Duo.

Sitting on top of a Surface Book, the Surface Duo shows the clean edges and curves those waiting on the dual-screened mobile device have become accustomed to. The prominent Microsoft logo is also on show, as it is on the Surface Book – which is why branding can be found in these locations no matter the manufacturer.

Compared to the leak on the Vancouver subway (which showed the Surface Duo in use and going through multiple orientations), spotting the outside cover of the Duo is not as stunning as it might have been, but it does illustrate one benefit of Microsoft’s choice to reveal the cutting-edge technology early.

if you assume that Microsoft had not revealed the Surface Duo and Surface Neo in October 2019, the sight of this small device, along with other leaks from the supply chain, would start the geekerati wondering what this mystery device is. Microsoft’s partners working on similar devices would be limited in what they could show. The team working on Android with dual screen support would have to tread carefully. Third-party developers would have to develop and test without breaking the secrecy around the machine. And so on. 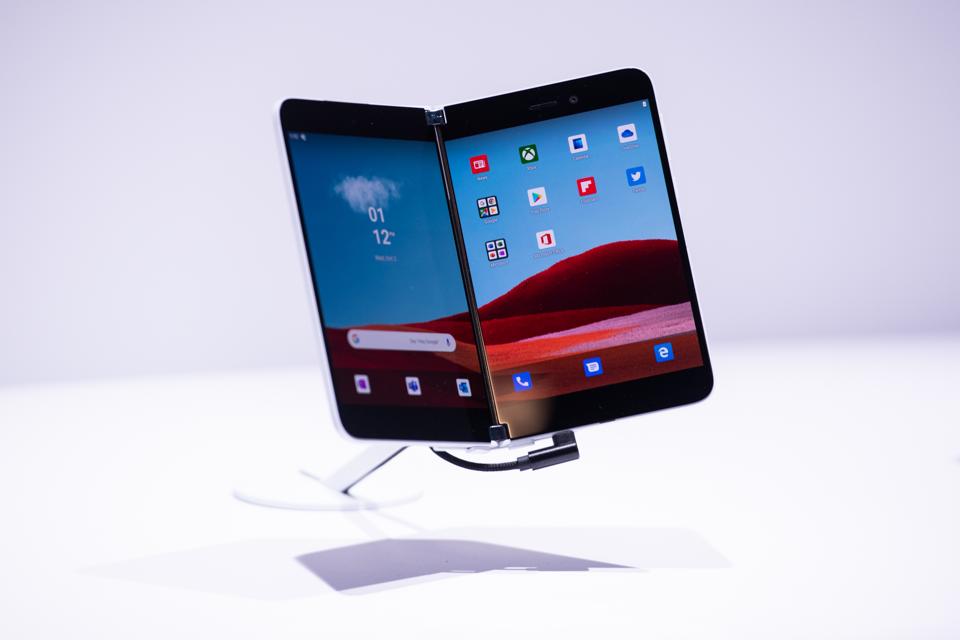 Which means that spotting a device ‘in the wild’ is far less of a product leak, more like a little bit of hype building. That has the knock-on effect that the early versions of the device can be tested by Microsoft employees in public without too much fear of any repercussions. In fact having the device occasionally spotted in public will simply raise awareness of the device.

Gather Round The Audio Campfire And Hear The...

SpaceX And Virgin Orbit Are Looking To Hit...