Update 19 March: Although the Digital Times leak talks about the potential for Intel’s 10th generation CPUs, online benchmarking tool 3DMark may have revealed another version of the upcoming Surface Book.

As laid out by @_rogame, the benchmark shows an AMD-powered laptop with a Ryzen 5 4500u CPU and RX5300M GPU. The kicker is the 4500u CPU, which is in the same family as the AMD CPU used in the Surface Laptop 3.

That laptop, launched in October 2019, was Microsoft’s first AMD powered Surface device. Offering a similar choice between AMD and Intel in the presumptively named Surface Book 3 would mirror this strategy.

Update 17 March: If you were expecting a Surface Book 3 launch in the near future, you might want to dampen down those hopes.

Microsoft has announced an event to take place at the end of the month. Given the current situation with coronavirus, the March 30th event is going to be a virtual event. The tagline (“Learn about how to be more productive across work, life and family”) and Microsoft’s ongoing work in the cloud to create shared experiences backs up the thoughts of many that this will be an Office365 led product launch – perhaps a consumer subscription to 365.

With updates expected to the likes of the Surface Go and Surface Book, a spring event for new Surface hardware has been expected for some time. But it’s unlikely to be at this event. I suspect that the Surface team will want the energy of a live audience and the tech world’s full attention on the hardware, rather than how often they are washing their hands.

The Surface Book 2 launched in 2017, is in need of an update to keep it in touch with other flagship laptops. What was cutting edge three years ago is showing its age, especially in the chipset. Which is where the new leak comes in. Luke Larsen reports for Digital Times:

“The 8th-gen Intel CPUs and Nvidia GTX 1050 GPU in the Surface Book 2 are now quite outdated, but judging from recent leaks and rumors, the Surface Book 3 could be quite a beast, with options for 10th-generation Intel processors, Nvidia’s 16 Series GTX GPUs, and even Nvidia Quadro series graphics cards.” 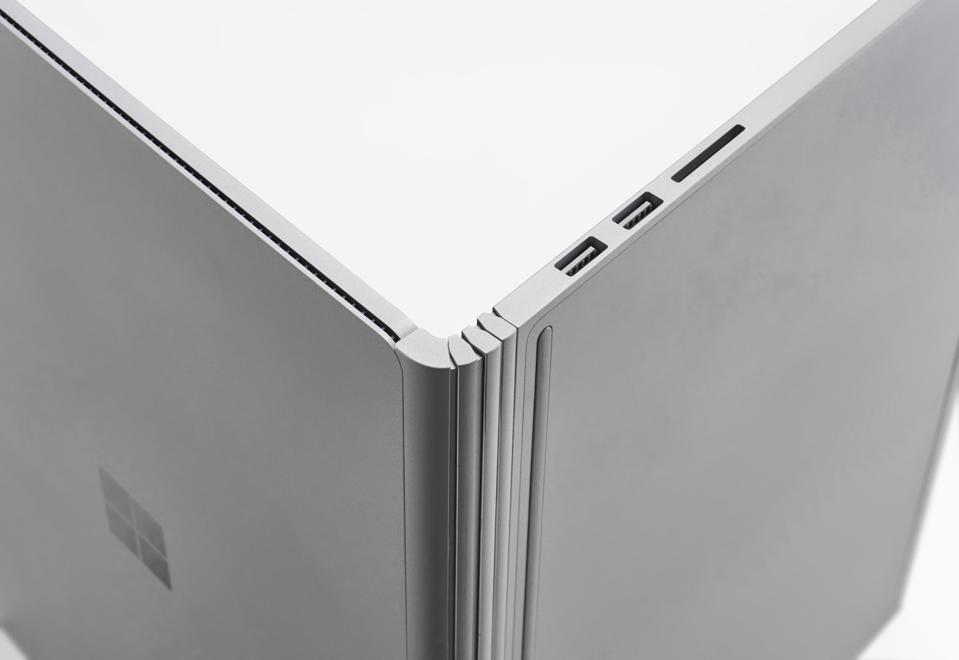 Let’s not forget that 2019’s Surface Laptop 3 and Surface Pro 7 ship with Intel’s tenth-generation chipset, so it makes sense for the next Surface Book – which in effectively in the same wave as the Laptop 3 and Pro 7 – to be built around the same base hardware. That would see the Surface Book 3 packing a significantly more powerful punch than the previous models.

I’d also hope to see the modular approach seen in the Surface Laptop 3 to also feature in the Surface Book. This saw the major components (such as the keyboard, and screen) redesigned to be easier to remove and replace. Although the replacement parts are not going to be available to customers, there will be easier access for third-party repair centers are larger enterprise installation – which should mean a quick trip to the IT department to replace a screen, rather than sending the unit away for a few days.

More relevant questions may be around the launch event and the timing of the release.

A standalone event; such as the October 219 launch of the aforementioned Surface Laptop 3, Surface Pro 7, and Surface Pro X hardware; would at best fly in the face of the current thinking around social distancing for the coronavirus. Depending on how events move, the audience size may trigger reductions on well attended events such as tech launches.

This edict has already seen Microsoft’s Build Conference, scheduled for May 19-21, to tack away from a physical to a virtual event.

Microsoft could move to a virtual event for the launch of the Surface Book 3 if it wanted t launch the event. And that is perhaps the biggest question of them all. The financial climate is going to change thanks to the worldwide impact of coronavirus. Is now the best time to launch an expensive top of the range device that is targeted towards enterprise customers and power users?

Banking And Cash During COVID-19 Crisis: Some Branches Close, Yet ATM Fees May Be Waived