Breaking
How To Get Your Startup Business Off The...
How To Create A COVID Safe Construction Site
How to Make a Good First Impression at...
How To Retain Your First Startup Product Users
China Shipments To The U.S. Are 7 Times...
Reviewing ‘The iPhone Of Air Conditioners’
AARP BrandVoice: The Doctor Will See You Now,...
ThoughtSpot’s New Cloud-Based Tool Aims At Boosting Growth...
10 Ways Service-Based Businesses Can Generate Positive Word-Of-Mouth...
A Customer-Centric Culture Starts By Embracing This One...
Report: Struggling Black-Owned Businesses Need More Government Grants
Why The Fed’s Outlook Paints A Sobering Picture...
As The End Of 2020 Approaches, The Cybersecurity...
Do Businesses Have A Role In Solving Poverty...
Young And Powerful: She The Change
Want To Attract (And Keep) The Right Clients?...
Best Legal Practices For Reopening Sports Venues During...
Why Now Is A Good Time To Start...
Here’s Why Texas Instruments’ Stock Growing Almost 2x...
Home Business New Year’s Resolutions For The Washington Wizards
Business 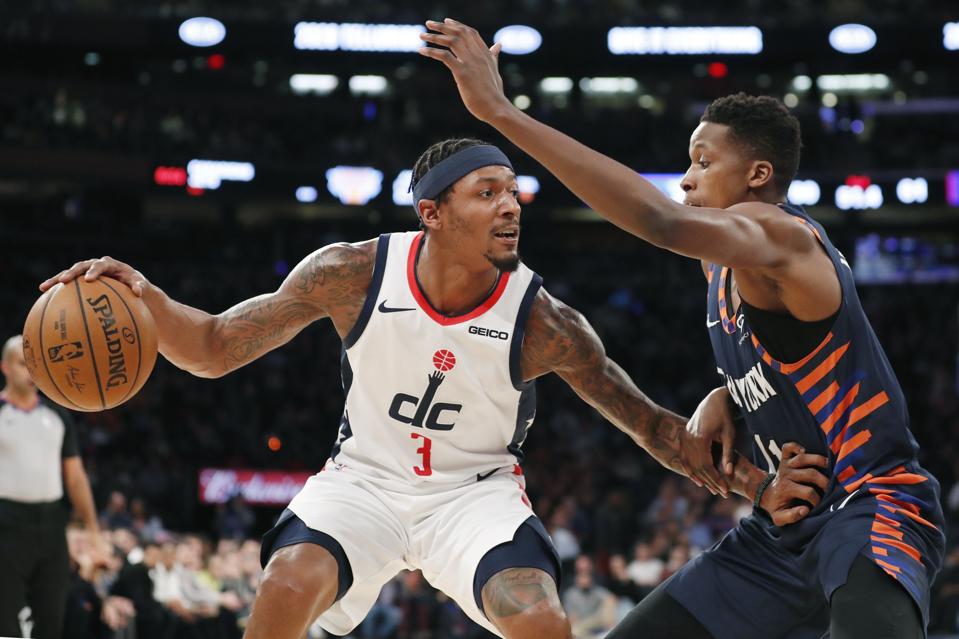 Keeping guard Bradley Beal’s (left) minutes in check should be a focal point of Washington’s plans … [+] in 2020. (AP Photo/Kathy Willens)

The Washington Wizards are entering Monday night’s game against Miami with their last chance to earn their 10th win of the season before the calendar flips to January.

The NBA made a concerted effort in the 2019-20 season to space out games a bit more to reduce the wear on players’ bodies, but it speaks volumes that this year’s Wizards have been unable to take advantage of that extra time between games.

To make the most of the rest of this season, the following can be considered a list of New Year’s resolutions for the Washington franchise:

A long list of injuries ravaged the Wizards during December, and it was no more apparent than in two games against the Knicks late in the month.

On Dec. 23, Washington was without eight players—seven for injuries (Dāvis Bertāns, Thomas Bryant, Rui Hachimura, Jordan McRae, C.J. Miles, Moritz Wagner and John Wall) and one for suspension (Isaiah Thomas, stemming from an incident with a fan in Philadelphia).

Shorthanded as they were, the Wizards won 121-115. Three nights later, Bradley Beal sustained a leg injury in a 30-point loss to Detroit.

Thomas and McRae returned to the lineup for the Dec. 28 game against the Knicks, but Beal sat out along with the other injured players, and Washington suffered a seven-point loss.

Even when fully healthy, this Wizards team has not been particularly good, but they will need some semblance of health going forward to remain anything more than a doormat. 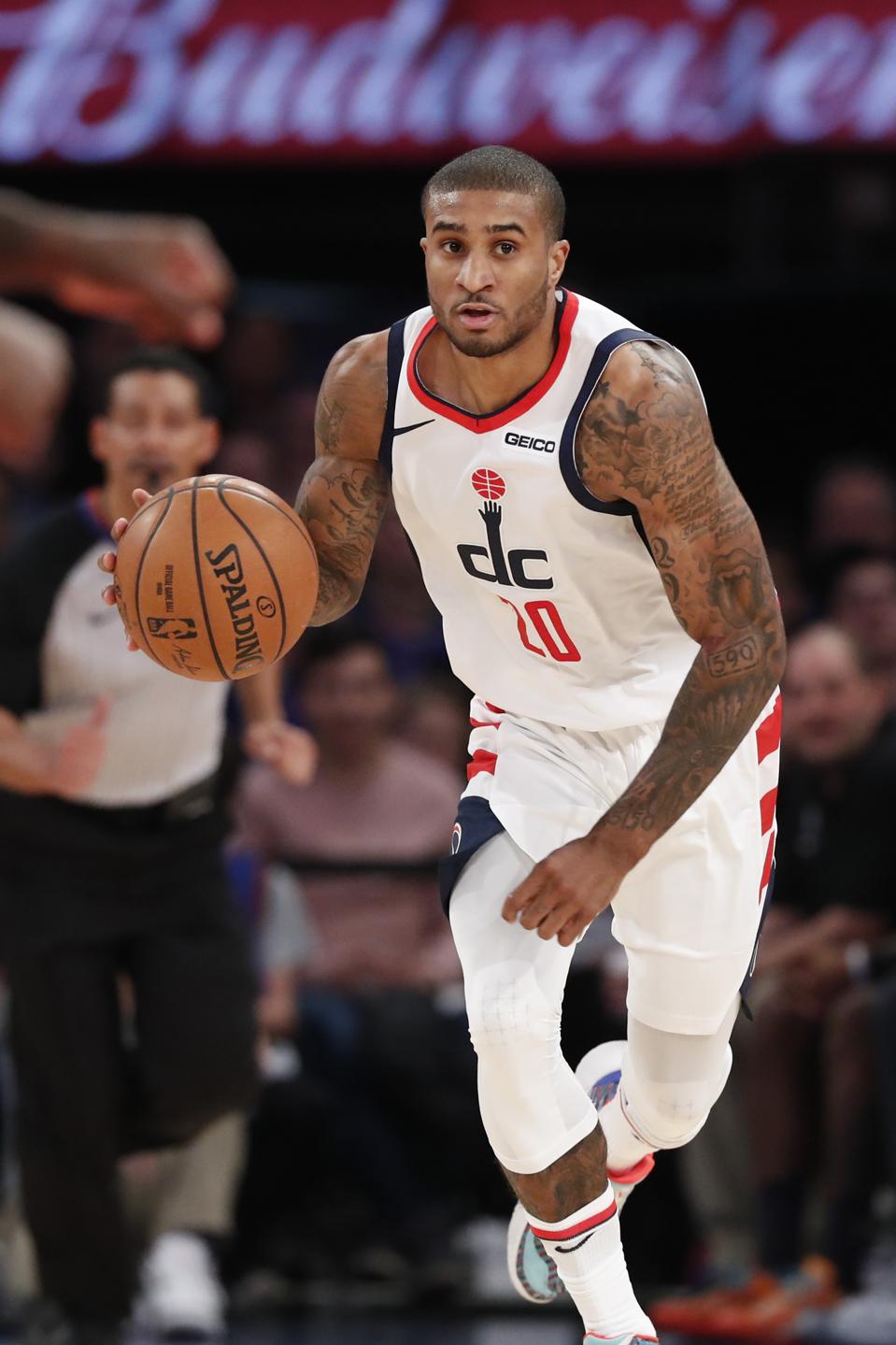 Even against the Knicks with their power forward-laden lineup, the Wizards cannot expect a starting group of Thomas, G-League callup Gary Payton II, Troy Brown, Ian Mahinmi and recently signed Johnathan Williams to be very competitive.

Beal’s injury is the latest development and most concerning. Without Wall, Beal has been the primary scorer, ball handler and franchise face for the team.

Entering Monday’s game, he was fifth in the league in minutes per game (36.6), just slightly less than his career-high 36.9 last year. Given the team’s poor record, it doesn’t make sense to be playing Beal so many minutes going forward unless the Wizards truly have a chance to win the game. Risking the health of your only undeniable star during a rebuilding season won’t bode well for the rest of 2020 or beyond.

The Wizards have yet to win more than two games in a row this season. Their lone two-game winning streak came against San Antonio and Charlotte (Nov. 20-22).

This is a trend that dates back to last season, when the Wizards had two three-game win streaks before Dec. 10 but then failed to win more than two consecutive games for the rest of the year. Last year’s team did have a couple three-wins-in-four-games streaks, but failing to string together multiple wins in a row is a recipe for a team ending up 32-50.

Currently, the Wizards are playing at about a 23- or 24-win pace.

Of Washington’s nine wins, only two (Oklahoma City and Philadelphia) could be seen as impressive given those teams’ current records. Otherwise, the Wizards don’t have a win against anybody currently in the top eight in either conference.

Put another way, they’re not winning against good teams, and they are failing to win against most other bad teams. That has to change.

Regardless of who’s been on the floor, the Wizards have been able to score.

They’ve been at or near the top in offensive rating all year. Entering Monday, they sat at 111.5, sixth in the league and ahead of the Clippers, 76ers and Nuggets, to name three.

But just as they’ve been wonderful offensively, they also harbor the worst defensive rating in the league at 116.2, almost three points worse than Atlanta’s 113.5. 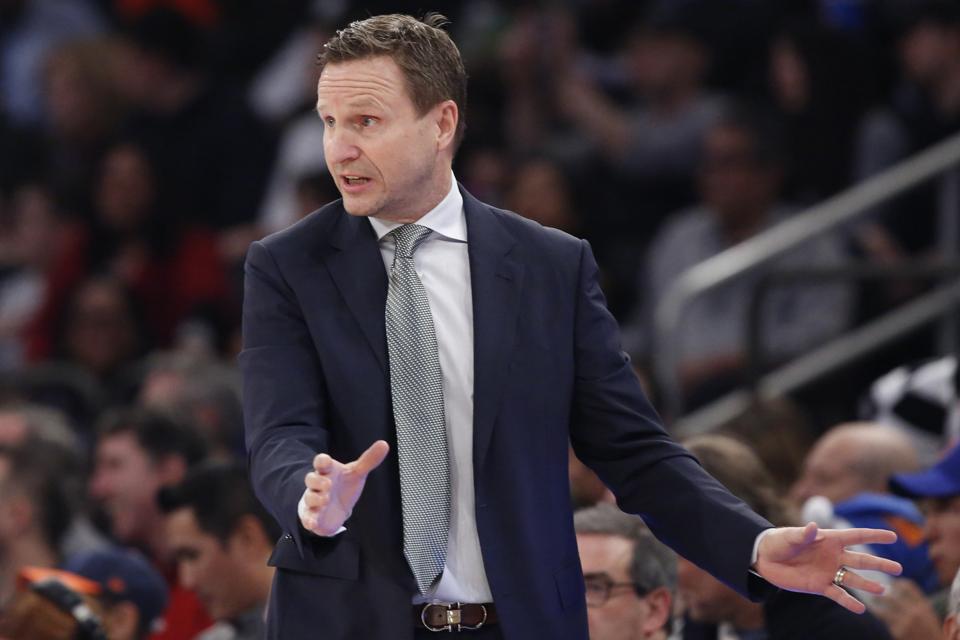 Washington allows the third-most points in the paint (51.1) and third-most second-chance points (14.5). They also have the third-fewest blocks in the league (123). The Wizards allow the fourth-most 3-pointers made per game (12.9) and the second-highest opponent 3-point field goal percentage (38.2 percent).

These are all pretty damning statistics that speak to not just poor individual play, but also to poor collective play. The Wizards have either yet to find a lineup that can defend properly or a defensive scheme that will actually work.

In either case, shoring up the defensive principles will go a long way toward salvaging what is left of the season.

All stats via nba.com/stats or basketball-reference.com.