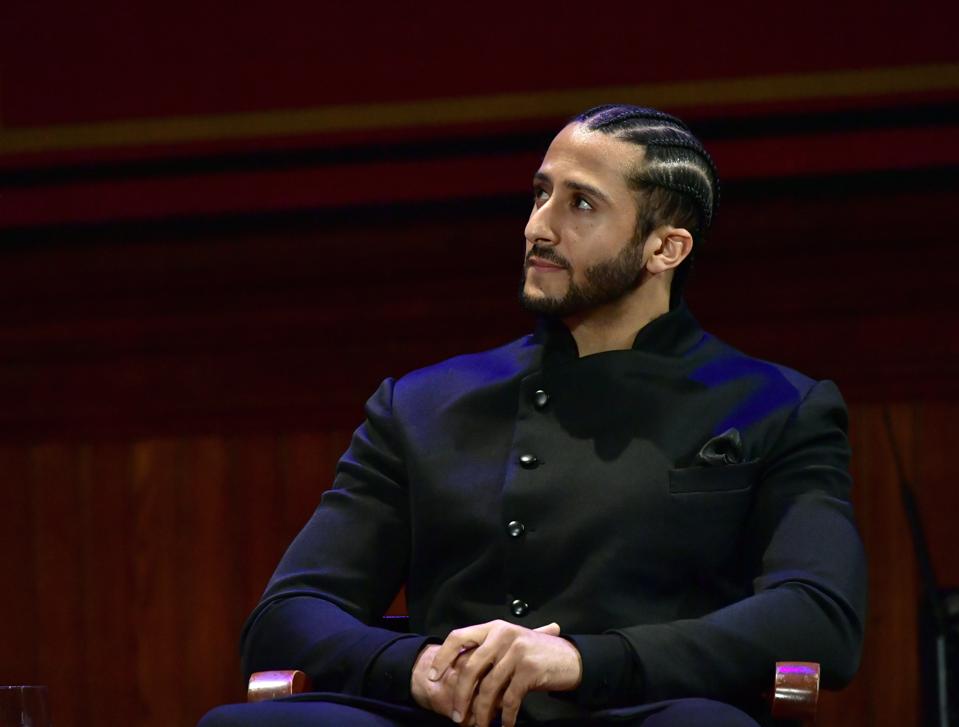 Despite the glitz and glam that so many perceive it to bring, leadership is actually filled with controversy, pain, doubt, struggle and uncharted paths with unknown outcomes. Leadership is hard—damn hard—at times, and it requires sound judgement, a core system of values, self-reflection, empathy and courage. Leadership requires discipline, determination and mental strength.

Mentally strong leaders own their power to lead, and they own their power to effect positive change even when things are difficult and even when it costs more than they want to pay to do so. See, many people want to lead until they bump up against its high price, especially when faced with leading through fire and battling unyielding pressures from both internal and external forces.

Kaepernick’s leadership legacy is a lock.

Colin Kaepernick is a leader. He was a leader when there was no one celebrating and acknowledgement it. He was leading the way when it wasn’t popular, and he was leading the way even after he knew that doing so could cost him everything—his income, his reputation, his career and even his very life. Kaepernick suffered being blackballed. He lost professional opportunities, and he was challenged with harassment, racial slurs and death threats.

But through it all, he still led the way. And due in large part to his leadership—and that of many others—the NFL has done a complete 180 and announced today that it will follow Kaepernick’s lead and “condemn racism and the systematic oppression of black people.” 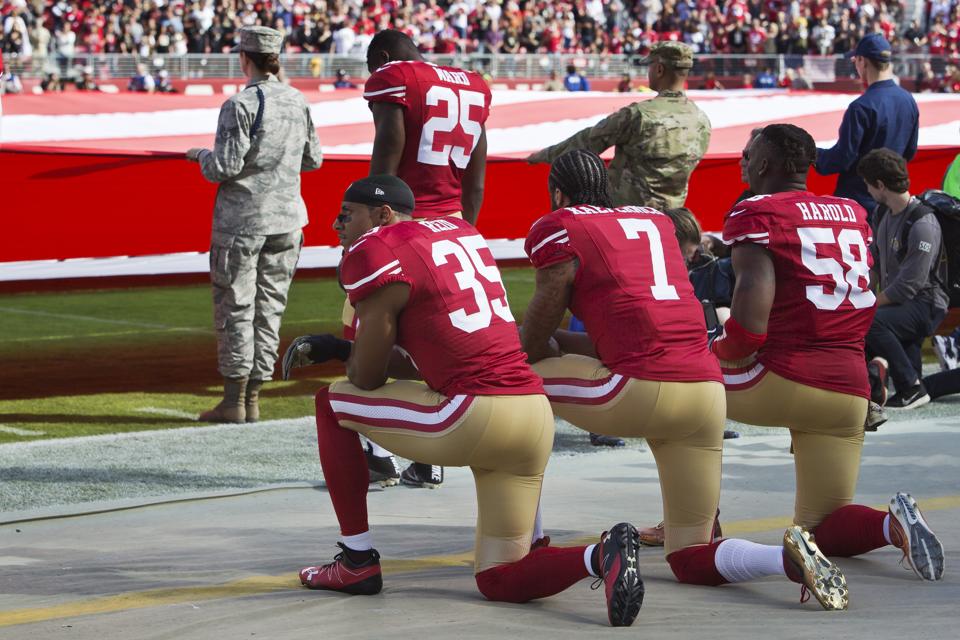 In 2016, at the age of 28 and as a standout NFL quarterback, Kaepernick dared to do such a thing as take a knee during the national anthem while signed to the San Francisco 49ers. This seemingly simple and peaceful act sparked unyielding controversy—even outrage—across the athletic, social and political arenas. And much of it still persists today. But today, he is compared to such greats as Muhammad Ali, splashed on the covers of GQ and Time and has been named Time’s person of the year. In addition, he is regularly celebrated as a civil rights advocate and even hero.

Kaepernick was making history while his detractors were making noise.

Colin Kaepernick will be remembered in the history books as a leader, a civil rights advocate, a proponent of social justice and an opponent of police brutality. He put it all on the line for a greater cause. Long after his detractors—those who threatened him and tried to shame him for kneeling—are forgotten, Kaepernick will be remembered. And long after those who tried to destroy his image, reputation and career have passed on, his leadership will be written about and studied. But this is just the point. You can’t really know the impact your actions or leadership will have while you’re in the thick of it. You don’t know if you’ll experience success on the other side or if everything you fight for will come to anything at all.

When you are in it—when you are making leadership decisions, taking risks and weighing the ethical dilemmas of matters—you can’t really know how things will end. That is why it’s called leadership because at its core, leadership is what happens sometimes when you don’t even realize that you are indeed leading something. It happens when you are compelled to push forward, go down a path, make a decision or take a stand on an issue that might not have ever been part of your original plans.

Leadership is what happens when you are doing what you are compelled to do even when you aren’t fully aware of the long-term implications (good or bad) t0 your life, reputation or career. Leadership happens sometimes just because you become doggedly driven by a purpose that wells up in you and becomes more important than the path you originally thought your life would take.

Colin Kaepernick wanted to become a successful NFL player, and he succeeded and enjoyed a highly regarded career. However, after several years in the League, something welled up inside of him that compelled him to start speaking out against police brutality—first on social media and then on the field when he first remained seated during the national anthem and followed it with taking a knee.

When first approached in August 2016 about why he stopped standing for the anthem, Colin Kaepernick told NFL Media, “I am not going to stand up to show pride in a flag for a country that oppresses black people and people of color. “To me, this is bigger than football and it would be selfish on my part to look the other way. There are bodies in the street and people getting paid leave and getting away with murder.”

In the same NFL Media interview, Kaepernick went on to say, “This is not something that I am going to run by anybody,” he said. “I am not looking for approval. I have to stand up for people that are oppressed. … If they take football away, my endorsements from me, I know that I stood up for what is right.”

In response to death threats, Colin Kaepernick told The Guardian, “To me, if something like that were to happen, you’ve proved my point, and it will be loud and clear for everyone why it happened, and that would move this movement forward at greater speed than what it is even now,” Kaepernick said. “Granted, I don’t want that to happen, but that’s the realization of what could happen, and I knew there were other things that came along with this when I first stood up and spoke about it. That’s not something I haven’t thought about.”

The NFL wants to be on the right side of history—now.

Nearly four years after Kaepernick first led the way, three years after his career was effectively sidelined and 11 days after national and global protests started in response to the death of George Floyd by police, Roger Goodell has his own leadership moment. Though this statement is thought by many to be long overdue, it still reflects well on his leadership that he is able to acknowledge his mistake and the failures of the NFL and then commit to do what is necessary to make amends.

Sometimes leaders get it wrong. Sometimes we make bad decisions. Again, leadership is about self-reflection and the ability to adapt and remain agile in the face of change. Leadership is about learning. What Goodell is showing today is effective leadership, and the statement he made today is a good place to start.

This is a line-by-line breakdown of what Roger Goodell said Friday to show support for black lives and to oppose police brutality.

Commissioner Roger Goodell’s statement came a day after several NFL players publicly called on the NFL to (1) condemn racism and systematic oppression, (2) admit fault in silencing players from peacefully protesting and (3) state its belief in the #BlackLivesMatter movement. In doing this, each of these players stepped up and demonstrated leadership as well.

This Is The Most Important Question Leaders Ask During A Crisis

3 Warning Signs That You Lack The Mental Strength To Lead

George Floyd And Racism: 5 Conversations Credible Leaders Must Have In This Moment

This Is The Most Important Leadership Test In The World

4 Dirty Little Secrets You Need To Know About Successful People

Current Sixers Can Learn A Little Something From...